A Crackpot Theory About Two Classes of Theme 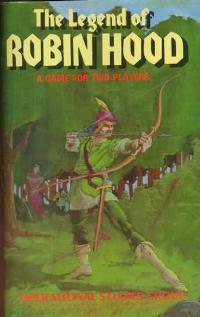 OK, so this week I started out writing a goofy goodtimes column for Cracked LCD but I realized that I what I really wanted to write was some kind of brainy game design theory article. I haven't done one in a while, so surprise, here it is.

The idea is this. I think there are two principle ways of evaluating the level of theme in a game. One is an executive level, where the theme exists solely in the execution and presentation. It's when text, artwork, and terminology is used to impart theme to basic mechanics or ideas. Eurogames with pasted on themes of course are at the far end of that paradigm but I think that even some "highly thematic" games like TWILIGHT IMPERIUM actually fall on that part of the balance as well. Then there are games that have a conceptual level of theme, where the theme actually defines the structure, mechanics, and game principles of a design in a way that is more concrete and inalienable. DUNE and BSG would be the most widely played examples of that level.

Most games though hit somewhere in the middle, at least the good ones do. ARKHAM HORROR for example works on the executive level in all the flavor text, the artwork, and the overall production elements that give it flavor. But the gate mechanics, monster spawning, and other idiosyncratic mechanics that directly interface with the theme are examples of conceptual theming.

I dunno, maybe I shouldn't have had a beer before I sat down to write last night.

Discuss this article
Log in to comment
Posts in discussion: A Crackpot Theory About Two Classes of Theme