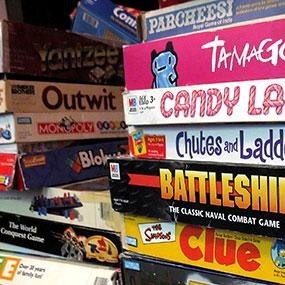 Being fans of a lot of older games on this site, I see the term "classic" being bandied around a great deal. I've never been entirely comfortable with this because personally my understanding of the term is a pretty narrow definition that would include relatively few games: but that's just my opinion so I kept my mouth shut. However following Michael Barnes' review of Tales of the Arabian Nights and the discussion that followed I thought it might be interested to delve into the question of what makes a classic, and how we might decide what games should qualify.

The most important thing to understand, I think, about the word is that it's hugely subjective. Unlike some other over-used gaming terms such as "broken" there's not really a dictionary definition nor any widely agreed understand of what it means. It's doubly subjective because one thing we can say for certain is that there are different depths of classic - a game that may be classic to you may not be so to your friends or to the wider gaming community.

So it seems as good a place as any to start at the top level and first of all consider those games which are bona-fide, unarguably deserving of the label "classic". No-one loves every game of course but to be a true classic I think a game has to have pretty wide acceptance as a quality title. So I put together the following guidelines for inclusion:

The "20 years" thing looks pretty arbitrary and so it is but I've picked it for a reason: as fans of the old Games Workshop and Avalon Hill titles it's the games of the seventies and eighties we tend to talk about when we're thinking of "classics". But I digress. What Amertrash games do you think make the cut according to this definition? Well it just so happens that a certain other boardgame site has a database that we can use to actually go find out, simply by slapping some approximate numbers onto those second two criteria. And that's what I did.

Well, the criteria are somewhat subjective but I think that the following are the only unarguable candidates for inclusion: Dune, Civilization, Space Hulk and - to my considerable surprise - Republic of Rome. That's right: just four games. And to be honest that sounds about right to me. The term "classic" implies a high level of exclusivity, it's a title that ought to be hard to earn, that ought to really mean something when it's dished out. These are the games which have been tried and tested by more than one generation of gamers over two decades and found to be worthy.

You'll note that TotAN didn't make the list. You might also be frothing at the mouth because I didn't include your own personal favourite in the list. That's because those games belong in the second circle of "classics". These are games which fail one of the two non age-based criteria. Some of these games break the second rule in that they're only seeing regular play amongst select groups: you might call these "cult classics", and this is where TotAN resides, I believe. Some fail the third test about modern mechanics: these are games which contain the seeds of great ideas but which need reworking to become genuinely great games and which might be called "semi-classics". An example of such a game might be Fury of Dracula and lest anyone think I'm being biased by my own taste in games in dishing out these labels, I'll remind you that the original GW edition of Fury is one of my favourite games. But I'm well aware I'm in a minority in not preferring the reprint, so I'm just being honest in assigning it as a game that required significant redevelopment for a modern audience.

Splitting games between those two sub-categories is difficult because a cunning set of rules tweaks might well transform a cult-classic into a semi-classic. So, just for the sake of interest, I'll list the Ameritrash games that I think belong in one category or the other. Cosmic Encounter, Merchant of Venus, Shogun, Kremlin, Survive, Tales of the Arabian Nights, Junta, Wiz-War, Titan, Fury of Dracula, Magic Realm, Gunslinger, Diplomacy and, inevitably, Talisman. That's another 14 games. For a total of eighteen that I feel can just about justify regular use of the label "classic". You can add another one - Ogre - to the list if you think it's an AT game rather than a wargame, but personally I think the Grognards can and have justifiably claimed it as one of their own. There are of course an equivalent number - perhaps more - of "classic" wargames that meet the criteria but they're beyond the scope of this article.

So what's the point of all this? Well firstly I thought it'd be both fun and thought provoking to put down a definition and make a list - no doubt I've missed a couple of well cherished favourites from you lot out there. But there's a point I want to make here which is that of the hundreds of Ameritrash titles that got released during this supposed "golden age" there are only four which, unchanged, can actually stand toe-to-toe with modern designs when push comes to shove. And I think there are three important conclusions we can draw from this comparison.

Firstly that there was a lot - an awful lot - of truly dire games that got released back in the day. Lazy, deriviative, boring designs that sold copies because people liked the theme or the components or bought off the back of one review in a magazine that might well have been penned by a friend of the designer. When we compare the modern games market to the old I think far too many of us on this site forget this issue and it's really a point that needs hammering home. Not only to help us remember how far game design has come since then, but as a reminder of how similar current market conditions are: lots of lazy, derivative, boring designs that people buy because they want to collect them or because of one shrill review by a guy whose played the game once. If you want evidence of why they'll be forgotten in a few short years, the market in the eighties as a good a place to look as any. The only difference is that then the culprits were AT games and now they're Eurogames. It remains to be seen whether the same fate of years languishing in obscurity awaits the dominant genre in the modern marketplace.

Second, those eighteen games are games that deserve a lot - a lot - of respect. They're survivors. Games that have already been around the block several times and shown they've got what it takes to go around several times more while any number of "celebrated" modern titles drop by the wayside and are forgotten. They're games any true gamer should strive to try (I haven't played all of them, but I'm working on it) and games that shouldn't be badmouthed, even by those who dislike them. Not to say they're flawless, but anyone who tries to simply whitewash them away as being "broken" or "luck-driven" or "overlong" or suchlike is talking out of their arse: that many gamers can't be wrong over that many years.

But the third lesson that you can take away from this is that Ameritrash titles have no more claim on the term "classic" as any other genre. There are three wargames that can match the "ultimate" classic criteria alongside those four AT games (A/SL, Up Front, and Britannia if you're interested). But rather more amazingly there are actually three Eurogames - and this in an age where the term "Eurogame" didn't even exist. Acquire you'd probably have guessed, but probably not the other two. Those games are Die Macher and 1830, both of which would be understood intuitively as Euros in the modern sense. I was astonished to discover this but it just offers up more support for the argument: there are only fewer classic Euros because they've been around for less time. In another ten years there will be as many, perhaps more Euros widely considered as classics as there will games from other genres. And as well as shoe-in candidates such as Settlers and Tigris & Euphrates that list will almost certainly include some games that we here, on the whole, truly hate such as Puerto Rico  and maybe even Caylus. Just because we don't like them doesn't exclude them from the label if - and this is the big question - if they truly end up having the replay value to last those twenty years. Personally I suspect PR might make it. I'm not so sure about Caylus.

So please bear all this in mind the next time you decide to dismiss a top-ranking Euro as not having the legs to make it into the all-time hall of fame, or decide to apply the label "classic" to a personal favourite of yours that no-one else will touch with a bargepole when you try and get it to the table or, indeed, if you hear someone dismiss an old game that you know has the numbers to make my list. But am I wrong: are there games I missed out of the 18 that you know about and don't get the bargepole treatment? Let's here about them, and why they deserve inclusion into the classics club.