In a previous article I touched on two very different games that had something very much in common -- they had the ability to provide a level of complexity and immersion that lifted their play off the table, put the play into the players as much as the pieces.  And for the obvious reason I find that very rewarding.  These are big games with small rulesets, games that sneak up on you.

But I'd like to look at the opposite end this time with two very simple games, and for good reason.  They reveal in stark contrast the difference between success and failure in the execution of concept.  Oh I know, it sounds like another bullshit analysis article.  But I promise not to get too eggheady this time, and I'm going into some detail.  These are games that most readers here likely haven't encountered, as both are well outside of the F:At pocket.  One in my opinion is a failure, a mismatch with itself.  The other though simple and light, works.  It's something that's difficult to put your finger on, nearly impossible to define and I'd wager it varies a bit from person to person.  But you know it when you find it -- some games just draw you into their play regardless of theme or size.

Both decidedly un-AT titles, it's as likely as not that you'd not give them a second look if you were to see it on the table in front of you.  But I'm bringing these two games up for a very good reason.  Though producing a remarkably different emotional response in me they are mechanically very similar.  A quick summary to start: 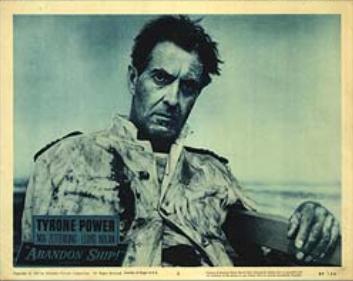 1.  The first is Abandon Ship, a title released this past year by AEG.  A Reiner Knizia game, the theme is largely meaningless and not terribly well applied, though the game is pretty enough to look at.  I'm not too upset with that part of it.  The gameplay itself is another story.

2.  The second is Little Italy.  Released by Playroom Entertainment in 2005, also a Knizia title, this game has a whisper-thin theme as well and, true to Knizia, is more about geometry and positioning, just like Abandon Ship.  This game is charming in spite of being very light.

Both contain a nearly identical core mechanic -- players share pieces and share scoring when those pieces do well.  On your turn you roll all the dice, choose the one you want and move that die's matching piece.  That is, there's a yellow die used to move the yellow piece, a blue die for the blue, etc.  You roll all the dice, select one, move the matching piece then remove that color from the dice pool.  The remaining dice are passed to the next player, he uses one, removes it, passes to the next player, and so on.  Only when the dice have burned down to one do all the dice come back into the cup for the next player.  Both use this core movement concept.  It's simple enough and provides some interest because it allows each player to decide between advancing one of their own positions or sticking it to someone else's.  And in both games there is the sharing of pieces, which means you have the opportunity to work in concert with one of your fellow players to jointly succeed, at least for the moment.

That's the heart of both games and given Knizia's prolific nature it's not unreasonable for him to reuse mechanics to different effects and in different implementations.  A man's gotta eat, and in the genre there's just not a lot of "new" to go around anymore.

Remarkably similar in concept, it perplexes me that a pair of games that share so much architecture should evoke such different levels of satisfaction in me.  But they sure do.

There's a solid core functionality for gaming here, and for Little Italy it works.  This is how a good old-fashioned German game is supposed to work.  It's not some complex title with deep nuance and heavy story line, but instead the kind of game that you sit down to with your parents or your kids or your buddies and have fun with, be it only for thirty minutes.  Luck is reasonably well managed, and though some of the time the best move is obvious there's often a need to decide how lucky you feel, and how much you can trust the person next to you to work to your common advantage instead of pairing with someone else.  In short, it works.  Whisper-thin rules, the game does what it's supposed to, doesn't over-promise, and you come away from the game thinking that you've gotten your money's worth.  An inexpensive, tight little euro that provides a dose of entertainment.

Aptly named, this game was just about as flat as a game can be, inspiring no spark in me whatsoever.  In fact after playing it for the first time I found myself perplexed about how a game could be so incredibly unimpactful.  It's not so much that it was bad, it's just that it just didn't seem to be . . . well . . . anything.  It was as if it wasn't a game at all, more of an ant farm kind of feel.  I felt completely disconnected from the play, looking at my turn more as a task than an opportunity.

Ok, so here's the due dilligence -- there's two mechanical differences in the games that I think are largely responsible crossover from success to failure:

1.  In Little Italy each player knows who owns which pieces and who shares them.  In Abandon Ship the ownerships and alliances are a secret, something to be discovered.

2.  In Little Italy the board has two dimensions looping onto itself in two way..  The play-space is a figure-eight where the cars can take long routes or short to better position themselves.  In Abandon Ship the board has one dimension -- a race up a single track, beginning to end, no turning back.

Item 1 a disadvantage?  That might seem a bit of a surprise.  Abandon Ship should favor my kind of gaming; secret alliances provide bend to the play.  They increase scope and that's generally something I like.  But one of the things I find myself saying when I defend games that I particularly enjoy (such as Scripts & Scribes and The Adventurers and yes even poor downtrodden LCR, one of the most successful games in history) is that these titles all deliver exactly what they promise.  Abandon Ship fails that test, largely because it's short.  There simply isn't enough time to explore the kind of hidden-allies mechanic that it implements.  Each turn offers limited options (you get the rolls you get and have to make due) so it's really hard to come to a reasonable conclusion about motivations.  This isn't a minor issue -- what results is an abandonment that aspect of the play.  When you can't gather credible information to act on you set the mechanic aside and focus on the more reliable parts of the play.  In this case, you move your pieces as best you can on your own and hope for the best from your allies, if they even exist.  Spending time on such a low-return investment is a dependable path to mediocrity, especially when you have so few turns to work with.  This is a fundamental problem with short plays -- the limited time and number of turns means that more enriching facets don't have time to play out.  What could add interesting complexity becomes a nuisance instead. 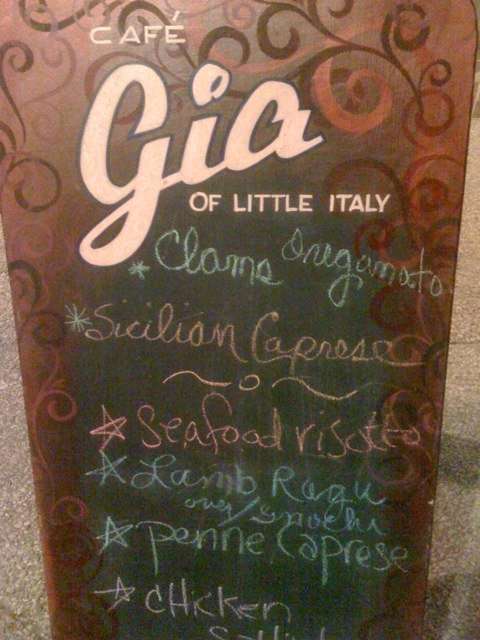 Item 2, well, that's a different story.  It fits perfectly.  I'm a natural at geometric factors in games, largely due to my education and chosen profession. The additional complexity of Little Italy's board enhances the play without being overwhelming even for so light a play.  The roundabout nature offers opportunities to place your pieces in advantageous positions turn after turn, coming back over the same spaces as need be.  When taken in concert with the team-play aspect I described above, this second movement dimension really shines.  In this game's case the two players beside you are always your allies, you know it before you start.  You share your two pieces each with one of them, so it's not uncommon for the player on your right to let your allied piece rest if his roll for it comes up short, or to push it past a bad position that could snooker it out of scoring so that you can bring it home.  From turn 1 the team-aspect of the play is on the table in full force, and that puts it into the play.  In light games such as these you don't have time for a discovery phase.  Euros are about compression, they're about an empowering play in a little ruleset.  So getting down to business right away matters; to win every turn needs to pay.

While Little Italy chose a path of broader play with smaller mechanics Abandon Ship did the opposite.  Unknown allies is quite the hot mechanic these days.  In big games like Battlestar Galactica or even mid-sizers like Shadow Hunters there's room for it.  There's time.  In both the price of figuring out who is who is small enough compared to the value returned to make the investment in the solution.

And this gets back to the point I made above -- does the game deliver what it promises?  That promise, big or small is about a unified package that is well matched, comfortable with itself and working within its self-imposed boundaries.  It's about unity and I suppose that applies to any piece of art and any engineering endeavor.

In the case of Little Italy the package works.  It's simple play, simple rules, simple relations.  It matches.  In Abandon Ship the imbalance is apparent half-way through your first play as you throw aspects of the game overboard in order to preserve a chance at the win.  That moment is key -- the moment that you start thinking you understand some part of the play better than the publisher did is when you know a game has fallen short of its goals.  Regardless of the kind of play you prefer that balance factor is measured by gut feel more than anything else.  In your gut you know that the amount of rules and the amount of play and the amount of complexity match and work nicely as a set.  These are the games where you find enjoyment outside of your genre, where you finish a game you should have no interest in at all and at the end find yourself saying, "let's play two."

Sagrilarus is a monthly columnist for Fortress: Ameritrash.

Click here for more board game articles by Sagrilarus.