The Burden of Better 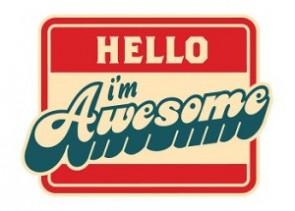 Upon reading Michael Barnes’s recent review of Exodus: Proxima Centauri, I felt a creeping weariness set into my mind. Not because of the review itself, since it was up to his usual high standard. Rather, I felt myself resigned to the fact that there could very well be a new 4X space game on the market, one that occupies a similar space to the very epic Twilight Imperium, and 2011?s more streamlined Eclipse. For the second time in less than 18 months, there’s a new epic space game that is apparently really good. And that can only mean that people will argue as to whether it’s better or worse than what’s come before.

Whenever a genre has a new hit, you can predict the arc. First comes the introduction, where the game lands and its scarcity and newness create a flurry of interest. Then threads are started, words are exchanged, the game shoots up the BGG rankings. Eventually, inevitably, the comparisons come flying. Is this game better or worse than the current champion? Will it prove more popular? If I don’t buy a copy NOW, will I be one of the countless less-cool gamers stuck playing an old game? In extreme cases, words could get ugly And then in a couple of years, there will be some new game that will start the cycle all over again.

There is zero problem with a new excellent game to play and discuss, even if it’s in a genre that is already crowded. For example, I truly enjoyed Clash of Cultures as a focused entry into the civilization genre. I spend an unusual amount of my time thinking of the relative merits of different games. But I do grow weary of the need to figure out if this game is conclusively “better” or “worse” than other similar games, because it’s almost never a question of quality. Rather, it’s just an indication of how that particular person feels and what they like in a game. Even more, it’s about what that game reflects about them as gamers.

I am bone-tired of the constant need to figure out what the “best” game is. Obviously it’s an understandable drive. Many of us are on a very limited budget, with little money to be spared for buying games that have a lot of overlap. Boardgamers also assume there will be a measure of obsolescence in their collection. We buy games that we love for a while, and then we move on, trading or selling games to make room for new ones. It’s a lot easier if we can figure out what we should buy before we spend our money. But there’s a fine line between being a savvy consumer, and finding an excuse to buy more and more worthless crap and maybe lord it over others.

The more I think about it, the more I feel like this incessant need to size up every game against all other games is pretty bad for our hobby. It’s not about making good purchases so much as it’s about finding a way to impress people. We don’t argue about whether Eclipse is better than Twilight Imperium to really help people make a choice. If we’re honest with ourselves, we argue to show how much better our own taste in games is. One of the central components of BoardGame Geek is the rankings, where the top games are ranked according to where users rate them. I’m not completely clear why these rankings exist, aside from being a way to root for individual games to do well, as if a high ranking was any indicator of relative quality? You can tell this comparing is important to people by reading threads whenever a game shoots up the rankings. There will always be people who ask why on earth a game like Twilight Struggle could possibly be ranked number one.

And it’s not just the cult of the new who drives this phenomenon. In this age of reprints, older gamers are beginning to take a ridiculous amount of pride in the obscure titles in their own collection. Whenever a new reprint comes out, you’ll see fans of the old version saying how ugly or ruined the new version is. I’m a little guilty of this myself, because I’m just the slightest bit proud of the original, better-looking copy of Nexus Ops that sits on my shelf. Everyone can see that it’s clearly superior to the uglier, mostly-the-same version from Fantasy Flight! And maybe someone takes a strange amount of pride in not own many games at all. I know I feel a little proud about being able to fit all of my games on a single shelf unit.

Basically, I fear that we aren’t comparing games so much as we are comparing gamers. One of the stranger effects of the internet on our hobby is that a large portion of our interaction with other hobbyists takes place in the strange vaccuum of cyberspace. Internet forums aren’t a great place for conversation, but they are a good place to drop a clever line or a witty rejoinder that makes us look awesome and makes our adversary look like an idiot. Quote large blocks of text if you can, to use their own words against them. Clearly you’re an idiot if for some reason you don’t appreciate Game X.

Maybe I’ve wandered far afield of what actually happens when we try to assess the relative merits of one game versus another. But in my gut, I feel like it’s symptomatic of a larger need to impress other people with all of the great games we own and with all of our vast knowledge of the hobby. No one wins when that’s what we’re trying to do. I love discussing games more than about 98% of people on earth, but it’s possible that we’d be better off not caring so much about what games are better than others, and really focusing on how we can be decent to each other. People will always be more important than the games they play.