Is the Age of Reprints Over? 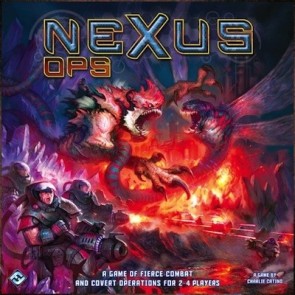 I visited a friend of mine to play some games a couple of weeks ago, and as often happens we spent some time chatting about different games we enjoy. I commented on his copy of the Fantasy Flight edition of Dungeonquest, and he informed me that it’s now unavailable with no plans for a reprint. Scouring the BGG forums, I did see a rumor that it might come back in a new edition, closer to its classic incarnation without the new combat. That seems little more than speculation, however. As of right now, all we know is that a game that just got a new edition three years ago is out of print once again.

As I’ve mentioned before, we’ve been living in an age of reprints. Dozens of games from the 1970s to the 1990s have been picked up by current publishers and remade with new components, artwork, and in some cases rules. But I wonder how many of those reprints have actually been successful. Certainly games like Cosmic Encounter, Talisman, and Netrunner have found new life in their current incarnations, to say nothing of heavily redesigned editions like Arkham Horror. But in the gold rush to snatch up old classics, I wonder if a lot of us overestimated exactly how popular these reprints would actually be. In other words, I’m wondering if the age of reprints is behind us.

I should state up front that I’m not in any position to measure game sales. I’m not some kind of industry insider. By necessity, this piece will contain a ton of speculation. But being a fan of old designs myself (my top three games are all from the 1980s or earlier), I do keenly follow the response to reprints of old games, and it feels like the movement is starting to sputter. It’s not necessarily that fewer reprints are being released. Indeed, I suspect we’re seeing more than ever before. It’s that the ones that get released are greeted with a shrug from an increasingly saturated market, and in a couple cases from the publishers who release them. And perhaps more disturbingly, more and more titles are quietly being dropped from reprint schedules in favor of bigger money-makers.

On that first point, reprints don’t exist as history textbooks. They are released to compete with modern designs, and it must be said that countless reprints have overestimated the demand for their product based solely on the cries of a dedicated fanbase. Those who can remember back to 2008 may remember the fanfare surrounding the reprint of Titan. I enjoy Titan, at least in the play-by-forum setting, but it’s totally antithetical to the kinds of games being designed today. It takes hours to play, requires repeated plays to master it, and features brutal player elimination. Valley Games rightly left those things in there, but those are all big no-nos in today’s market. It’s no surprise that copies are not hard to find, even as Valley Games has found itself embroiled in legal battles. Or look at the recent FFG reprint of Nexus Ops, one of the best games of the last ten years. After just a year or so on the market, it was in the bargain bin for the FFG Holiday Sale. I can only guess as to why, but my hunch is that the game’s biggest fans already had their Avalon Hill copies, since that game was plentiful in bargain bins before it became a collectors’ item.

Of course there were many who had misgivings about new artwork Fantasy Flight used for Nexus Ops, and that’s probably a big deterrent for old fans buying reprints. Almost every reprint changes something, but Fantasy Flight in particular has developed something of a reputation for tinkering with old designs, although they haven’t done it consistently. Certainly their two most successful board game reprints, Cosmic Encounter and Talisman, altered the original ruleset very little. It’s my understanding that those games have both had strong advocates within FFG who took on the design work for the expansions, Kevin Wilson for Cosmic Encounter and John Goodenough for Talisman. I imagine that’s helped, though with the departure of Kevin Wilson it remains to be seen exactly what will happen with Cosmic Encounter now that Jay Little is at the reins. His first installment, the Cosmic Storm expansion, has gotten some mixed response from fans on the BGG forums.

But it’s not just the ambivalent responses to new reprints. It’s the fact that a lot of old favorites are beginning to vanish as well. The terrific Fury of Dracula, itself a redesign of the Games Workshop classic, is gone without any plans for a reprint. I doubt it has anything to do with a falling out between GW and FFG. It probably just isn’t worth their trouble to do it. And of course, Rio Grande Games and Hans im Gluck parted ways a year or so ago. The result was a lot of genuine classics, like Carcassonne and El Grande, that no longer had an American publisher. Z-Man Games picked up the distribution deal and reprinted Carcassonne, but I find it frankly astonishing that Rio Grande would walk away from one of the most popular crossover hits the hobby has seen.

Why would they do this? One rumor I’ve heard is that they simply felt they were making enough with Dominion and its expansions, and that they no longer needed Hans im Gluck’s business. That wouldn’t surprise me, because I suspect that something similar has been going on at Fantasy Flight with their Living Card Game line. In fact, the biggest reprint of any kind over the last five years has probably been Netrunner, which FFG released in their Android universe. It has the unholy union of being a well-regarded classic, and an almost endless well of content. As larger publishers get more and more people on those treadmills, there are a lot of resources that can be committed to designing more content for those games, rather than just picking up little games that may not be as successful.

I certainly don’t blame them. The profit margins in the board game business aren’t huge, and publishers aren’t out to act as archives for classic games. And one interesting development over the last couple years has kept reprints alive: Kickstarter. While the contributions of Kickstarter are always up to debate, one real positive is that they allow reprints of obscure gems. Just this past summer, Jolly Roger Games Kickstarted a new version of Kremlin, and it looks to be on time for delivery in the next couple of months. It was an affordable, well-run campaign for a game that would have a very limited appeal in today’s market. And of course, Kickstarter is responsible for bringing us Ogre in all of its ostentatious glory. The Designer Edition of Ogre isn’t really meant as an inroad to new fans, so it’s a different situation. But again, that’s something that most publishers would never mess with.

And there will always be smaller publishers who can grab lingering rights to old games and release them in affordable packages. The reprint business might be winding down, but it’s also possible that it’s moved away from the big publishers and into the realm of independents and crowd-funding. And as always, board games move on. There are plenty of new games to get excited about. Just be sure that you grab that copy of Clash of Cultures before it vanishes. Because if there’s one certainty, it’s that every game eventually goes out of print.

A special thanks to VonTush, who basically gave me the idea for this article.