Cult of the Overrated 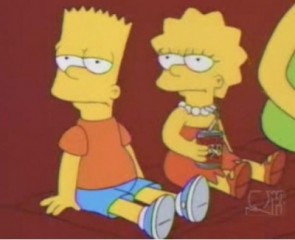 Last night some friends and I had a conversation over a board game, as is our tendency. The chitchat wandered over to games that for whatever reason we didn’t like much. Eventually this turned to my well-documented dislike for 7 Wonders. Most people at the table weren’t big fans of the game either, but none of them had quite the depth of my own antipathy. So for the sake of conversation, one of my friends began to offer up counterpoints to my complaints, just as a way to show me that it’s not as bad as all that. One of his points is that the game is so well-loved that it clearly struck a chord with a lot of people, which is true though not much of an indicator of quality. But thinking about that got me unreasonably annoyed. Rather than just not liking 7 Wonders and moving on with it, I found myself getting irritated that there were people out there who do like it. This is, of course, asinine. There’s no reason why other people enjoying a game should bother me. And yet I still found myself just a little resentful that a game I didn’t like was successful. My perception clearly doesn’t match with the prevailing opinion. As a game, I would call 7 Wonders “overrated”.

In a purely unscientific assessment of internet discourse, I feel like the word “overrated” gets thrown around a lot. We use it when talking about music, movies, television, books, any number of topics. Board games get the same thing, but there is one big difference between board gaming and the other pursuits I listed. In board gaming, the line between the critical hegemony and the end user isn’t really there. I write about board games every week, and I’m probably what most people would call one of “them,” the ones who proclaim what games are good or bad. Don’t tell anyone, but I’m basically just an avid board gamer who somehow finds a way to string together 1000 words about the hobby on a weekly basis. I’ve been doing it for close to seven years, but that’s about the only qualification I have. In fact, nearly every board game review you read is just a hobbyist who can work a word processor. There really is no “they” in board gaming, not like there is in say the movie industry. Almost every award is either some unique recognition from a blogger or podcaster, or else it’s the Spiel des Jahres.

It makes sense to me that a movie would be overrated, because there’s a lot of “official” recognition that goes into the movie industry. But popular board games are mostly popular because a lot of people like them, regardless of whether those people are some kind of authority. And yet I see a lot of threads asking if such-and-such game lived or didn’t live up to the hype, or whether whatever title is overrated or not. In a hobby where the only authority is that of the crowd, asking if something is overrated is basically asking “Everyone else liked this game. Will I?” That this question is being asked to websites filled with strangers who don’t know the original poster doesn’t seem to be an issue for most people.

Of course we’re dealing with the shadowy realm of expectations here. Games can be disappointing when they don’t live up to the hopes we had, or even if they defy them. Seeing a game in the top ten on the BGG Top 100 is often enough for new gamers to buy any old title, and that’s a good way to end up with a lot of games that everyone owns and you don’t like. Experienced gamers are usually smart enough to not care where a game is ranked in that maelstrom, but they can still be built up by individual reviewers. One of the strangest feelings I’ve had as a reviewer is finding out that someone tried a game that I reviewed very well, and didn’t enjoy it. This must happen all the time without me knowing about it, but I felt an inexplicable guilt, as if I had let them down somehow. I obviously only give a positive review if I really mean it, but experiences like this make me wonder if I am just a little culpable for the Cult of the New. A couple times I’ve actually  been asked to answer for why a game worked for me and not for the reader. Answering something like that is a descent into madness, but I still feel like I owe a response.

That’s probably because there’s a sense of betrayal when a game doesn’t pan out how we hoped. Maybe it’s because a lot of us invested time and money in trying to make it happen. In that sense the stakes for not liking a board game are higher than not like a TV show. But for me, I think that calling a game “overrated” is a way for me to make myself feel better about being an outsider. I consider myself a discerning gamer, so when I don’t like something that everyone else enjoys it feels just a little like there’s something amiss in my own game tastes. It’s fun to belong, and it’s fun to take part in enjoying a game. Maybe discovering that we don’t like everything that everyone else likes is a sign of board game maturity. In my case, I’m pretty sure it just means I’m becoming an old crank.