Ladies and Gentlemen, you’ve been playing for three hours, and the entire game comes down to just one die roll.  180 minutes of painstaking planning, careful negotiation and tactical response, and everyone is looking at the guy on your left, waiting for one throw of a couple of cubes to pick the winner and the loser.

To some extent I’ve withdrawn from the “what a game should be” debates that rage unabatedly on the Internet, mostly because I’ve found they’re just piles of negative energy, something that doesn’t nourish my soul.  I’m approaching fifty and I’ve decided that one simple question, “is what I’m doing lifting me up, or bringing me down?” is the one true arbiter of what I should be doing with my free time.  More often than not debates on the Internet are dependable downers.  But  I have to get the blood flowing into the brain every now and then, and like all of you I have moments of weakness, moments when I allow myself to read all the way to the end of a sentence like this one:

“There is nothing worse than spending three hours playing a game only to have everything come down to one dice roll.”

Wow, nothing worse?  That’s pretty inclusive.  Kidney Stones, divorce attorneys . . . ok, let’s figure he’s talking about nothing worse within gaming.  Regardless, I’m not only going to disagree with the statement, but I’m going to explain why, when a game is good, one final die roll isn’t a bad thing, not even merely a good thing, but almost a necessary outcome of good game design.  Everything coming down to one pivotal moment of resolution is about as dramatic ending to just about anything you’re ever going to get.

First of all there are a couple of preliminaries that have to be taken care of before I go for the big finish.  If the game is coming down to “one final dice roll” we need to leap to the conclusion that dice come in the box.  I’ve expressed my opinions on luck on more than one occasion, particularly in The L Word (http://fortressat.com/analysis-toc/1470-the-l-word) on a more formal basis but also in smaller, more succinct cheap shots on several gaming web pages.  I’ve also expressed how well suited dice of different shapes as sizes to generating the kind of unpredictability that keeps games fresh play after play.  But for the sake of this article I’m willing to let “one final roll” be a metaphor for any luck-based event, card draw, tile pull, at-bat, you name it.  As far as I’m concerned the smart money is on a good solid set of fair dice, but feel free to declare your outrage from whatever luck generator you choose. 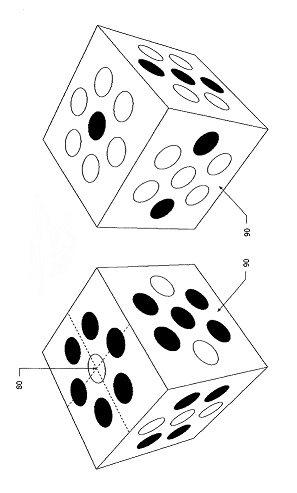 Preliminary #2 is that the game is “well designed” and I’ll be honest, most of what I consider a well-designed game aligns with the Great Internet Focus Group that modern publishers use for guidance.  Games should be enjoyable, immersive for all, provide a straightforward path to understanding, not need catch-up mechanisms and keep everyone in the game for the entirety of the play.  There’s no point having this discussion if we’re not sitting down to a good game, so this thing better have what it takes to prove my point.

But that last one in the list – keep everyone in the game for the entirety of the play – is perhaps the most problematic in a culture where your phone runs your life.  As short as our attention spans are these days any game that rules you out of the win even fifteen minutes before the end of the play is deemed flawed, a “waste of my time when I have no chance at the win.”  Well, you’re right.  Continuing to play when you’re toast is indeed almost as bad as kidney stones and divorce attorneys.  Our well-designed game simply can’t have so glaring an error, and let’s admit it – the “secret scoring” bullshit in Puerto Rico and Small World is a crap idea, band-aids over an obvious flaw in both games.  We need a mechanism of some sort that allows you to stay in the game even when things go south, something that lifts you, keeps you excited, keeps your eyes focused on the finish line even as your chances of victory dwindle into the thinnest of broth.  There needs to be something, some way to land a win in spite of being all but completely out of the picture.  Good game design requires it.

And that brings us to it, the one dice roll at the end of the game that calls the winners and losers.  From an Internet Meme perspective this is a horrible, disempowering moment, one that robs you of your duly earned gains from truly superior play.  But it doesn’t have to be, and since we’ve set  “well designed game” as a prerequisite it can’t be -- disempowerment is bad after all.    So this pivotal moment of resolution, this game ending die roll for all the marbles needs to be heavily influenced by all that came before.  That’s the part the idiots on the Internet don’t talk about.  That final die roll will be different in every play of the game, and for damned good reason.  It has to be to bring enjoyment to all at the table, to give each their due based upon how they’ve played.

The Internet debates have built an ever-shrinking box that we want designers and publishers to work within.  In the 1990s there was still room to breathe, luck was deemed a viable design decision (dice or otherwise) and the concept of getting a couple of bad breaks in any particular play wasn’t a deal breaker, as long as multiple plays produced reasonably even breaks over time.  This is fully sufficient in a game that gets a dozen or more plays, as each person can point to the moment things went against them, but also the moment things fell their way.  In the 2000s games became disposable objects costing twenty or thirty dollars we could afford to play once (if at all) and then set aside.  Today’s games suffer from prior expectations and rising prices simultaneously.  They’re double pressured to produce exciting endings in just one play.  The box designers have to work in now has been shrinking for years -- less downtime, less bits, less luck, less playtime.  But we’re still expecting the same level of entertainment.   The list of game mechanics acceptable to the Great Internet Focus Group grows shorter each year.

I’m not going to pretend that reality isn’t what it is – games need to stand on their own in one play now, and if there’s going to be an exciting ending there has to be some level of anything-can-happen in them, and there have to be enough rolls of the dice to give everyone their share knocks and lifts.  But as any particular play progresses (i.e., as luck evens out) superior play is going to produce a leader.  Those following behind need options to chase them.  Remember – this is our “well designed game” – no kingmaking, no artificial catch-up mechanisms allowed.  The players doing the chasing need a way to gain ground, but our very-fair game needs to extract payment for it.

That’s where the dice come in.  The fundamental concept of exchanging additional risk for a chance at additional reward is so endemic to gaming that its name has transcended its origin – the Hail Mary.  The term’s origin is from American Football, not the Catholic prayer.  When a team is down by a significant margin late in the game they begin making riskier plays, throwing the ball long distances in spite of the high risk of the opposing team intercepting it.  But if you need to score quickly this is how it’s done.  The other team is well aware of the concept of course, and the game changes as both teams adapt to the continually growing pressure on one to catch the other.  Hardly unique to Football, Hockey teams pull their goaltenders, soccer teams press an extra man forward . . . the concept appears in every sport because it’s a fundamental cog in the machinery of life, endemic to human endeavors.  So excluding it from a board game because it’s not “fair” almost appears absurd.  The fundamental exchange of added risk for additional opportunity plays out in finance, war, even romance.

“There is nothing worse than spending three hours playing a game only to have everything come down to one dice roll.”

That die roll is different each time you play.  In a close game the roll might go fifty-fifty, and everyone at the table understands that they’re in the hunt, as deserving as any other.  It’s just close a game.  Alternatively, in a blowout the guy rolling the bones is way out on the limb.  He’s throwing his Hail Mary, taking his one in a million shot to stay relevant.  The player in the lead wisely spent the endgame keeping the pressure on, solidifying his position and increasing the odds, but the win isn’t in the bank until the game ends.  Most of the time the roll is between the two extremes, where everyone has played well, but one has played better and the odds are naturally (and appropriately) in their favor.  This is the nature of the world.  Reducing it to a trite phrase on the Internet may make you feel good about yourself, but it’s not reality, and it’s not good gaming.