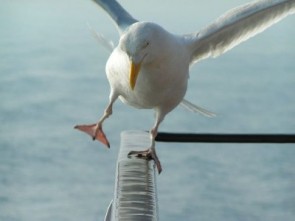 One of my favorite things about board gaming is the math trade. For those who’ve never had the pleasure of participating in one, it’s essentially an enormous board game lottery without nearly as much risk. You list games that you have to trade to other people, and everyone adds theirs to the same list. Then you each put together a list of games from the big list that you would accept for your games, and a computer program puts together trade loops so that people end up with new games for their old ones. If that sounds a little arcane (I didn’t explain it very well), don’t worry. The point is that there’s a real sense of anticipation, almost like a mini version of Christmas. You don’t know what games you’ll get for yours, but you know it’s something you’re excited about.

I’ve already participated in two math trades in 2014, and both have had some unusual results. At least, the results would have been unusual for me a year ago. In the first one I received copies of two Reiner Knizia classics, Taj Mahal and the unequaled Tigris & Euphrates. In the one I just completed I got a copy of another Knizia game, Medici. When I told some of my gaming buddies of my acquisitions, they were surprised. As you may have gathered from my writing, I’ve never trumpeted a love of Eurogames. It’s not that I don’t like them, it’s simply that I prefer my games to have lots of dice and chaos. I’m known for being the guy who wants to play Cosmic Encounter any time, any place. Three Knizia games seems a little out of character.

Like many post-millenial gamers, I cut my teeth on all of the hottest Euros from the BGG top 100. Two of my early purchases were Thurn & Taxis and Puerto Rico, both award-winners and both eventually traded away. I hit a point about five years ago when I assumed I was done with Eurogames, and I began to accumulate more thematic titles like Battlestar Galactica and Arkham Horror. As recently as a year ago, I proudly hung my colors in the “Ameritrash” camp. But increasingly I find my own tastes drifting slowly back toward the German school of game design.

There are a few reasons why this is happening, and a couple of them are practical. Five years ago I simply had a lot more time on my hands. I didn’t have two kids, I could game a couple times a week, and I even got to enjoy more games with my wife. Now I’m lucky if I make it out once a week, and I simply can’t stay out as late as I used to. Eurogames, especially those before roughly the year 2000, were known for their simplicity and quick playtime. When hours are limited, it’s nice to have something that can be taught, played, and appreciated without requiring a half-dozen plays to suss out. I gave a very positive review to City of Remnants, but in my most recent session I realized how slow the game was going because of all of the card text we had to digest. Compare that to something like Taj Mahal, where there is very little text on the board. It reliably comes in at about an hour of playtime.

That touches on another issue I’ve been sensing with more thematic experiences, which is their fragility. I don’t play Battlestar Galactica nearly as much as I used to, and one reason is because the game simply isn’t a lot of fun if there’s a new guy at the table. When everyone knows what their doing, it still recalls the fun tension-filled game I fell in love with. But when I’m teaching someone it becomes a headache, especially if they end up being the cylon. Certainly I’ve had more than my share of bad experiences around Eurogames as well, especially the more tightly controlled ones like Phoenicia or *shudder* Goa. But the best Euros embrace plenty of interaction without going off the rails. Tigris & Euphrates is one of those rare conflict games that doesn’t devolve into politicking (usually), and Mississippi Queen has plenty of ways to mess with someone when you ram their boat and send them off in a direction they didn’t want.

Those explain the shift from a practical point of view, but that wouldn’t mean much if I weren’t enjoying myself. But my journey back towards Euros has been quite enjoyable indeed. I still love thematic experience games, but they aren’t really any simpler or more intuitive than the most mind-numbing of Euros. I’ve also gained some appreciation for games that are able to use abstraction to achieve a result or feel without feeling the need to replicate every little beat. Think of Sid Sackson’s classic, Acquire. Mechanically it’s a very abstract game. But the simple act of placing tiles on a grid is able to replicate a wide range of stock and investment strategies. The best Euros are able to suggest their themes without needing to draw you a road map. Even those that make no pretense of theme, like Ra, are refreshingly straightforward in their ruleset, but utilize luck judiciously to keep the game exciting and tense. Aside from any practical considerations, I’ve gained a new respect and enjoyment for a game that can engage me without needing to simulate something else. Sometimes a good mechanical hook is enough to keep you coming back.

Don’t worry, I haven’t  abandoned the monster thematic games that I love. I have a game of Dune planned for Memorial Day weekend, and I would drop most gaming obligations to get in a game of Talisman. Rather I view this as a way of restoring balance in my gaming life. There are only so many games like Fury of Dracula that I can manage before I need to look up rules between every session, or before I realize there quite simply aren’t enough hours in my life to play them all. Even my preferred thematic games have drifted more towards simpler fare like Nexus Ops and Dungeonquest, and away from monsters like Arkham Horror. There will always be those people who refuse to pick and choose from all the genres of hobby board gaming, and if that’s how you enjoy the hobby, great. But most of us are actually board game omnivores. Admitting as much has refreshed my love of the hobby.