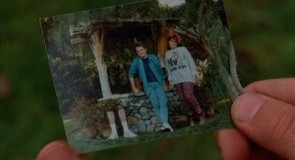 A couple of years ago I wrote an article talking about the lack of historical context within the board gaming hobby, especially when compared to other mediums. There is a pervasive ambivalence about old games in the hobby today, which is increasingly focused on the newest Kickstarter campaign and the churn of the right-now. At the time I thought that there was hope for those of us who really enjoy older games, because I believed we were living in the age of reprints. Back  then old classics like Wiz-War, Merchant of Venus, and Survive! were getting top shelf reprints from major publishers. But now that a couple of years have passed, I fear we are more disconnected with our roots than ever before. This time however, it’s not because of the ambivalence  that I complained about. It’s because the games that brought many of us into the hobby are quickly vanishing, to be replaced by games with vast expansion lines and fancy miniatures.

Way back in 2007, one of the first games I purchased was Thurn & Taxis, the most recent winner of the prestigious Spiel des Jahres award in Germany. It ended up not being much to my taste and I eventually traded it away, but it was well-loved by my friends. We played all sorts of games like that, including Alhambra, El Grande, and St. Petersburg. The individual merits of those games are irrelevant to me now, because those were my first steps into the hobby and I’ll always remember them with at least a little fondness. But all four of those games are unavailable on American game shelves right now. In fact, the genre most affected by out-of-print fever is the German family game, the style of game that revolutionized the hobby in the mid to late 1990s.

There are a couple reasons why this has happened. One big one was the split between Rio Grande Games and Hans im Gluck, which meant that many classics were suddenly off of game shelves. There was a time when Rio Grande would pick up pretty much any hit in Germany and bring it back to the US. Those days are long gone, and the split has proven to be an atomic bomb to the world of German games. El Grande was one such casualty, but others like Samurai and Amun-Re are now gone as well. Still others like Carcassonne and Goa vanished until Z-Man Games could get a reprint up. This has happened with other publishers as well. Zoch were known for some of the most creative production values in the hobby, but good luck finding Tobago and Villa Palletti in the US today. These weren’t obscure titles, but major award-winning hits that sold enough copies to at least justify staying in print.

The other factor probably has to do with the economy of publishing games. Board games have never been a great way to make money, and the hobby is littered with the carcasses of countless publishers who tried and failed to make German games a major hit in the US. But now publishers have found more stability in the serial purchasing model. I imagine that Fantasy Flight is still able to fund things like the Through the Desert reprint later this summer with the money they make from the likes of X-Wing and Netrunner. Even if you aren’t in the collectible game business, the biggest games that have lasted have one thing in common: expansions. Ticket to Ride, Settlers of Catan, and Dominion have cemented their positions as the biggest crossover hits of the last twenty years by making their games omnipresent on store shelves with huge product lines. I can hardly blame publishers for dropping older titles in favor of something more reliable, but the effect has been that the games on which I cut my teeth are mostly gone now.

But why does it even matter? Aren’t there still plenty of games to play? Obviously there are, and the real signposts in the hobby likely aren’t going anywhere. But the thing is, everyone would hit those signposts anyway. The lack of variety simply ensures that we are all approaching the hobby from the same direction. Someone might be just as likely to have their “aha” moment playing a game of Manila or Modern Art, but that’ll be a lot harder now that both games are out of print. Instead we’ll all just take the same path through Catan or Ticket to Ride, and then proceed from there. Our first steps in the hobby do a lot to shape where we go after that, even if it’s just to show us what to avoid. I worry that there will be a little more homogeneity in how we all experience the hobby, at least where this particular genre is concerned. Not only that, but the games we’re losing tend to be the simple approachable ones, the kind that are easy to introduce to new people. Losing them makes the hobby more insular, as designers and publishers concern themselves more and more with what they can sell to the established gamer, who is willing to invest heavily in expensive games and lots of expansions, especially when they come attached to stretch goals.

Interestingly, one of the big factors that could prove to be a remedy is Kickstarter and other crowd-funding sites. We recently saw a good example of how to do this when Jolly Roger Games ran a solid campaign to reprint Kremlin. I doubt that Kremlin will appeal much to modern gamers, with its arcane rules and high randomness. But it’s a game that deserves to be out there, and Kickstarter allows a publisher to make it happen without losing their shirts. This potential has for the most part gone unfulfilled, as most campaigns are more interested in shoddy miniature games involving some combination of Cthulu, zombies, and deck-building. But it’ll just take one publisher with some passion, know-how, and a lot of good connections to get rights to out-of-print games to reverse this trend. We’re already seeing some good signs, as Queen Games has recently launched a Kickstarter campaign for their 2007 hit Thebes.

Obviously games go out of print all the time. I’m sure that board gamers felt some similar sense of loss in the late 1990s when Avalon Hill went under and took their huge catalog of games with them. Of course, the secondary market is also filled with old classics, though many of them are out of my price range. But I’m a little more emotional about the loss of the German family game, because it’s a part of my own gaming history. I suppose that anyone who is in the hobby long enough will see trends rise and fall, and will witness huge changes in how the business of board games workd. But even setting that aside, board gamers have a hard enough time remembering their roots without losing easy access to the very games that proved influential. Reprints don’t have to be as risky as they used to be, not in the age of crowd-funding. And anyway, I’m sure I’m not the only one who would like it to be easier to find a copy of Manhattan.