Review of a dead CCG: SimCity 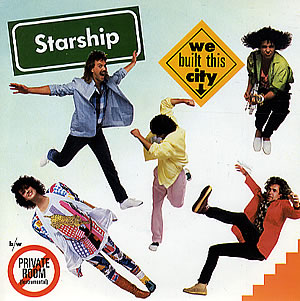 That's right, a review of a long dead CCG. Why would I do such a thing? Because if you're at all like me, then you've probably played CCGs back in the 90's, but eventually quit them like they were a bad drug addiction when you finally came to your senses. You haven't touched the stuff in years. But then, one day, you came across some of your old cards out in the garage, or up in your closet behind some old stuff, and you took them out and looked through them, enjoying the feeling of nostalgia and fondly remembering how fun some of those games were (or how horribly bad, depending on which cards you found). A lot of the CCGs you used to play are now long dead, and a thought occurs to you (inspired by LCGs, games like Blue Moon, and some CCG draft formats you may have heard of). You've played the games like Blue Moon and Dominion that purportedly "scratch the CCG itch" and discovered for yourself that whoever said that is just fooling themselves. A large amount of cards for a dead CCG can be bought for much less than most board games cost, and they potentially offer much more variability and replayability. Thus began your cautious foray back into the world of CCGs, if only to aquire some cards that you can use as your own non-collectable card set. You're interested in old, cheap CCGs and how suitable they are for play in a "non-collectable" format. If you're at all like me, anyway.

I picked up a couple starters and boosters for SimCity: the Card Game upon seeing it in a game store not too long after it was released (1995). The only extra sets they ever made for it were starters based on specific cities (there was one for Atlanta, Chicago, Washington DC, and New York). It shouldn't be hard to find cards cheaply online nowadays. Unlike most CCGs, you only need a couple starters to have all the cards you need to play.

As a CCG, it's sort of weird; Mayfair has managed to make a CCG devoid of most things that define CCGs. All players play from a common deck and lay cards (city blocks) to score points. Each card has a bunch of numbers on it (like value, population supplied or required, polution, and crime) along with depictions of power lines, roads, and/or rails, and a plain-looking photo of the building represented by the card. Everybody builds a single city together. You don't really get to screw anybody over and you definitely don't attack anyone.

Basically, on your turn you draw a card and play a card, gaining money equal to the "value" on the card you just played, plus any bonuses from neighboring blocks. The winner is the first person to accumulate $250. It feels like multiplayer solitaire and what you play (up until the endgame) is completely dependent on how lucky you are drawing cards. The good thing about it is that it's kind of fun to watch the city grow and develop. Kind of feels like the PC game (only slower, and YOU need to do all the math instead of the PC). Interestingly, the multiplayer aspect feels like a tacked-on afterthought.

The only part of the game that seems like it could be fun with a group is the voting bit. Whenever a player wants to rezone a block (replace an existing card) with a different type of block, players must vote on it. They can bribe other players, threaten, make alliances, or whatever. The biggest problem with this is that it seems like you'd need a group of at least 3 or 4 players for this to work. With 2 it just doesn't work at all, because one player is the "Mayor" and gets two extra votes and breaks ties. There are other cards, called "city counsil members" which will give you an extra vote or two just for getting lucky enough to draw them. The other problem with this voting bit is that there is almost no incentive to rezone anything, so I don't imagine it would even come up very often. The only time you'd really want to rezone is if you were placing one of those special long cards. 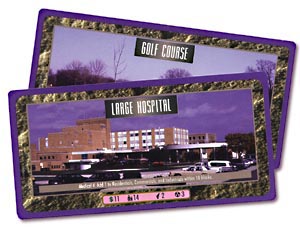 The long cards came one to a booster pack and are actually pretty cool (in theory). It's a super long card that takes up two blocks in the game, and can only be played as a rezone of two regular blocks. There was a bunch of weird and crazy long cards made, like Niagra Falls, the World Trade Center, the Pyramids of Egypt, the Panama Canal, even the Big Chicken! (a locally famous KFC in marietta, GA. Yes I'm serious) A lot of them don't make a whole lot of sense as long cards (I'm rezoning this office complex so I can replace it with the Pyramids?), but I guess it would make your little city... interesting?

Anyway, as far as scoring goes, there's way too much numbers to count and keep track of. Let's say, for example, that your city has an elementary school (with the text "add 1 to residentials within 5 blocks"), a well (add 1 to residentials within 2 blocks), a police station (that has coverage=7 and reads "add 2 to residentials/commercials/industrials that have police coverage." Police Coverage is calculated on an individual block basis; e.g. a block has crime=2 and is 4 blocks away from a police station with coverage=7. If Coverage - range - crime > 0, the block has "police coverage"),  a swamp (subtract 1 from residentials within 3 blocks), 3 university blocks (that say "University 3"), and 7 other residential blocks. If you manage to stick a frat house (a residential block worth $5 that reads "University 2") right in the middle of it all (so that it gets all the bonuses mentioned), you will score $30! (base 5 + university bonus 9 + police coverage bonus 2 + zone bonus 13 + other bonuses/minuses 1 + 1 - 1)

Now, there aren't that many bonuses for the first phase or two of the game, but near the end of the game it can get annoying. Part of the annoyance is from having to constantly check over the text on a lot of your city blocks every time you place something, just in case it affects how much it's worth.

Another thing I don't like about the rules is the "zone bonus" you get when you connect multiple blocks of the same zone. This bonus gives a ton more than pretty much anything else in the game, and it discourages players from upgrading blocks. You can probably win the game by simply drawing the most residential blocks since the residential zone usually ends up being the biggest and gets you a lot of bonus points by the city phase. (I suppose this could easily be house-ruled to be capped at 5 or so, though) 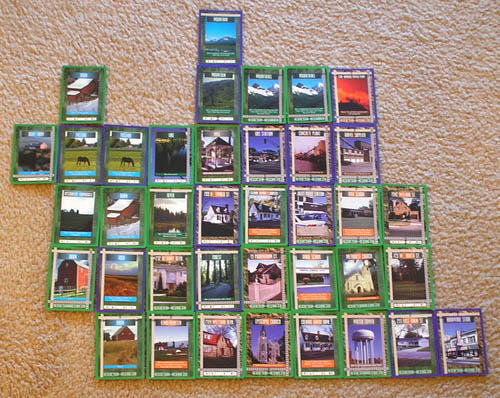 I don't like the photos they used for the cards; most of them are pretty uninteresting and/or bland. And while I'm on the subject of card asthetics, the designers chose a strange color for the borders of the cards. Not black or white, like every other CCG I've ever seen, but green and purple. The actual FAQ answers the question of "WTF?" with the answer: "The colored borders have no significance to game play, card rarity, game editions, or anything else. They do make the game look pretty."
If by "pretty," they meant "garishly green and purple," then yeah, I guess so.

Last complaint: the disasters are totally broken. Any damage done by a disaster (the total value of any blocks removed from the game) must be paid out of the Mayor player's pocket. A tornado event can demolish up to 25 city blocks, instantly making it impossible for the mayor to win the game. The fire disaster is unstoppable unless your deck is very heavy on fire departments. Most of the other disasters and events don't really affect the game much though, having effects ranging from very mild to pointless. 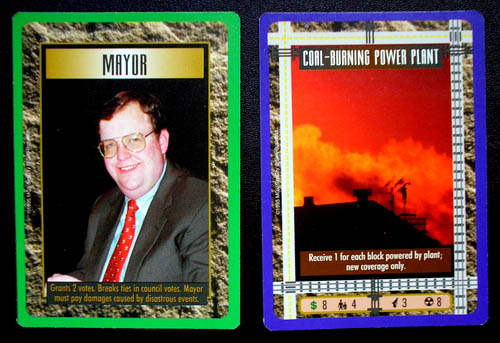 Who doesn't want to play as this lovable ham?

The game does have some things going for it; it is sort of fun to place blocks one at a time and slowly build up the city over the course of the game. Your city needs a minimum population before you can place blocks belonging to the "Town" phase, and "City" cards cannot be played until you have a number of businesses and a power plant on the table, so the city does grow in a somewhat natural-looking fashion (first come woods, rivers, individual homes and agricultural stuff, then come businesses and industries, and lastly come all the "City" stuff like apartments, stadiums, and... the Big Chicken).

Oddly, I actually kind of dig this game, in a weird sort of way. I must be strangely attracted to games with strong themes and convoluted rules. Though it is sort of like the PC game (only more tedious), it's what I would consider a light city-building card game that has some strong theme and is low on confrontation, and it plays with two or three or more just as good as it plays solo. If you don't mind the math, it's really not bad as a mindless, casual, card-flopping activity that you can play with other people (sort of like Phase 10 or other mindless casual games). I'd play this over Phase 10 any day (is this praise for the game? YOU decide!).