Cosmic Encounter, or How I Learned to Stop Worrying and Embrace Chaos 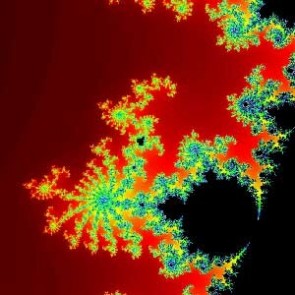 I am the type of gamer who desires depth, not breadth. I'd rather play one game fifty times, than play fifty games one time each. A standard such as that requires a game that can hold up to fifty plays. Quite frankly, that is a rare case. This hobby is littered with the flotsam and jetsam of games that held up for five plays and were then traded away to someone else so that THEY could play it five times and trade it away. We tend to call any game a "classic" if it is pretty good (and sometimes when it isn't). It can be easy to forget that there is no such thing as an "instant classic." The only thing that can create a classic is time, and games that stand the test of time are the ones that get played over and over again. These are the games that get whole websites devoted to strategy, that reside in hallowed places on our game shelf in battered boxes, with grubby cards and tape along the edges. They may fall out of print, but they are never forgotten.

Cosmic Encounter is one of the few, the proud, the legends of gaming. I myself am a new convert. I've only been in this hobby for a couple years, and in my early rush to find new games to add to my collection, I stumbled on the Cosmic Encounter page in Bruno Faidutti's Ideal Game Library. It looked like the sort of game that I would have loved in college, one that would have stood beside The Settlers of Catan as our time-waster of choice. It was out of print though, so I passed it by. When Fantasy Flight released their reprint late last year, I felt that my time had come. I took the plunge, and it has become one of my favorite games.

The premise of Cosmic Encounter is laughably simple. Essentially, each player has a system of planets, and through the use of very limited spaceships and combat cards, each player seeks to form five colonies on the other players' systems. It's tough to go it alone though, so you will need the help of the other players to both attack and defend planets. Other players can add their ships to the fray, in hopes of getting a colony or some other goodies. The losers' ships get sent to the dreaded warp, where they will cool their heels until they somehow get freed. What REALLY is the kicker in this whole deal is that each player gets to play as an alien race. These races let each player break a rule for the duration of the game. You may have a character who can make the loser of a battle win, or you may have a guy who can take back the awesome card he just played. The game comes with 50 of these, so there is almost limitless replayability built into the game. Throw into that mess a ton of cards that have MORE bizarre effects, and you have what could have been an enormous chaotic mess, a train wreck of game design.

The biggest miracle though, is that it's an absolute blast to play. The game feels untamed, as if it were bucking against the confines of it's own design. The interaction of the players, the cards, and those unbelievable powers makes for a highly volatile experience. This will obviously drive some players absolutely bonkers. If you can't take a situation where a stray card throws the entire game off the rails, then this is not the game for you. The key is to just lean back, say, "Hey, it's just a game," and enjoy the ride.

Cosmic Encounter isn't controllable, but there is definitely strategy present. Since there are no sure things, it is very important to pay attention to what cards have and haven't been played. If you can do that, and if you know when and how to help your opponents and when to throw them under the bus, you will certainly have a better shot at winning. Just be aware that nothing is guaranteed. I am living proof of this: in some 15-20 games, I've only won once.

Even if I am a wretched player, I don't care. If you approach the game with the right attitude, you will have fun. You will remember that one game where you stabbed your buddy in the back. You will remember the bargains, the struggles, and particularly the double-crosses. More than any game I know of, you can play several times in a night. Every game will be wildly different. Each alien power essentially forces a different strategy on you, and the way they interact with each other creates entirely new strategies on top of that. The design is also highly customizable. If you don't like a certain power, don't use it. If you don't like playing with flares, take 'em out.

While I can't speak to the different editions before this one, Fantasy Flight's reprint looks great. The alien cards have terrific artwork, with lots of personality. There also are some little systems in place to make games run smoother. Every alien power has a recommended player level (novice, advanced, or expert), so new players can be handicapped a little. Not only that, but a terrific timing system is in place to prevent a lot of the timing conflicts that were evidently rampant in the original game. The cardboard planets look fine, if a little plain. The cards are similarly unadorned, but they are very clear as to their use and effect. The Warp and the Hyperspace Cone all are suitably goofy and over-the-top. There's even a variant in the box called Technology, a FFG original. I haven't played with it yet, but it looks like a lot of fun.  At $60, the game isn't cheap, but there's enough under the hood to justify the price though, so just swallow the cost. You won't regret it.

Cosmic Encounter is a bedrock of the hobby. If nothing else, you owe it to yourself to experience it firsthand. Don't be surprised if you get hooked though. This is no museum piece. Even if it's a 32-year-old design, Cosmic Encounter feels as thrilling and cutting edge as anything I've ever played.