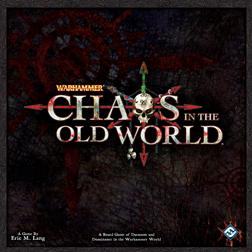 Michael is a member of the Fortress: Ameritrash staff, and a regular columnist for Gameshark.

Click here for more board game articles by Michael Barnes.

Discuss this article
Log in to comment
Posts in discussion: CHAOS IN THE OLD WORLD, a review in Bill Abner's Stead