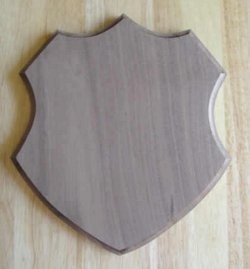 So, it appears to be that time of year again when the critical cognoscenti of the internet step up to deliver unto the world their opinion on the finest things in whatever walk of life happens to interest them that happened in the preceding year. There seems to be a deep human need to write and consume this stuff, and I am no exception. It’s just that as an author, I get to fulfil both at once.

We were planning on doing a site-wide award column this year with all the staff rather than just me. But it didn’t pan out, largely because I was late on the ball with this one (the holiday season has crept up on me this year like a particularly fearsome ambush predator with daggerlike fangs and jagged claws) and because trying to organise a community as diverse and opinionated as the F:AT staff is rather akin to hearding cats. Sorry about that. I’ll try

So without further ado, here are my picks for 2011.

Best expansion for a critically acclaimed base game

Has to go to Shadow of the Horned Rat for Chaos in the Old World. Shamefully, I only got round to playing the parent game for the first time this year, and was suitably impressed in spite of the mountain of hype that went before it. And undoubtedly one of the best and most interesting things about it is the manner in which it offers four-way asymmetry while retaining a generally satisfactory balance. That’s a tough call, fulfilled, right there. But as if it were not enough, this expansion manages out-tough its parent by adding a fifth, even more asymmetrical player to the mix and still stay relatively balanced. Wow. Want more? Ok then, it manages to pull this feat at a minimum of extra rules weight and adds a set of variant cards for each of the five players and still stays reasonably balanced, and it gets offered in neat package you can acquire for a paltry sum in spite of the inclusion of a cool set of new sculpt miniatures. This is the design and production equivalent of crawling over broken glass with your flies unzipped, people: above and beyond the call of duty. Respect.

Could only go to Blood Bowl: Team Manager. It might have come late in the year from a new designer at Fantasy Flight (although Jason Little has a sterling track record in RPG design) but it hit the ground running to huge, and deserved, critical acclaim. Asked to do the near-impossible task of trying to shoe-horn a complex, two hour and deeply tactical full-team miniatures game into a short, abstract card game, Jason came up with the neat innovation of only attempting to play out the key moments in each match and the rest seems to have shaken out from there. Only time will resolve the dispute over how much strategy there actually is in the game but it’s damn fun nevertheless and, impressively, actually more thematic than its inspiration. It’s also nice to see a game from Fantasy Flight that gives you more than you need, in terms of offering six different teams in a four-player game. Although that said an expansion would be welcome, and I suspect is probably going to be forthcoming. I want to see my favourite team, the Norse, make an appearance in the card version!

I almost dropped this one off the list because of the price, but in the end I decided that King of Tokyo was too much fun not to give an award of some kind to. The dice rolling portion of the game is pretty much old hat, but I’m sure everyone recalls from too many wasted hours of Yahtzee or Poker Dice in their youth that the basic concept of rolling dice and looking for sets is sound, tense and lots of fun. Where this game really shines is in the inclusion of the special power cards for the monsters which add a ton of theme and entertainment value at virtually no rules cost, and the killer innovation of splitting damage depending on whether the attacker is in or out of Tokyo itself. But jeez, the price. Sell your kids, and buy a copy.

Can only be Survive: Escape from Atlantis, right? It’s pretty impressive that Stronghold finally managed to resurrect this licence that gamers had been clamouring for for years but what’s truly special about this game is the way it manages to seamlessly combine the minor rules changes through all the reprints based on this franchise in the form of variants, thus allowing gamers to customise the level of nastiness to the required level, creating something that’s just as much fun to play with your darling, innocent offspring as it is to play with your drunken, raving frat-boy friends. And fun it is, combining lashings of creamy theme and big fat dollops of chaos, offset by a soupcon of spicy strategy which binds the whole together into one beautiful whole. There’s even some metagame going on with the five to six player expansion. And frankly, the game deserves an award for the sheer, dizzying, terrifying thickness of the weapons-grade cardboard on the mountain tiles alone.

No fancy titles for this one, because it doesn’t need them. Not only because of it’s quality, but because it already rejoices in the ridiculously over-wrought title of Wrath of Ashardalon. I mean seriously, Ashardalon? Where the hell did that come from? I can recall from my AD&D days that Wizards of the Coast has a long and ignoble tradition of giving daft names to dragons (Chardansearavitriol for a black dragon? Please!) but that just about takes the biscuit. Anyway the game under the name is just brilliant: having pretty much re-invented the dungeon crawl genre with Castle Ravenloft last year, the design team behind this series added pretty much everything that everyone was clamouring for all in one go: campaigns, more interesting monster AI, more interesting heroes and a more interesting open-ended scenario design system that often left the players on the edge of their seats right up until the last minute. I know of no other game that gives you so much theme and so much narrative for so little rules and such quick play time. I remain convinced that it’s not the dice-fest that some make it out to be: choosing where to place what and what to activate when can make a big impact on whether you win or loose. I’m also a sucker for its old school theme which partially explains why I prefer this over the third iteration Legends of Drizzt which, for my tastes, followed its source material a bit too closely, to the detriment of the game play.

So there you have it folks. That’s what I’ve enjoyed playing the most this year but on the whole it’s been a pretty cool year for new releases, more than making up for the relative disappointment of 2010. Been a bit quiet of the wargames front I suppose, but you can’t have everything.

I’m planning on taking the next two weeks off doing any serious writing, unless the rest of the TWBG's staff turn up on my doorstep and start poking me with toasting forks until I relent. But in my cosy little corner of Merrie England that seems a remote possibility. I might post something, but I might not. I will most certainly be at home enjoying Yuletide with my family and a pleasant break from work. So if I don’t hear from y’all in the meantime have a great break yourselves, and I’m looking forward to hearing what games you received, and more importantly, played, over the holiday. The days are about to start getting longer. The sun is coming home again.