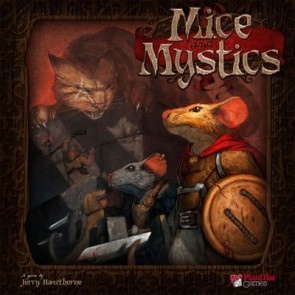 Once upon a time, there was a boy. And the boy loved games very much.

He would pester his friends and his parents to play games all the time, but while they loved him, they didn’t love games quite so much and he never seemed to get to play as much as he would like. Then, one day, he read a book about a game called Dungeons & Dragons, and his little eyes grew round and bright like brass buttons, and he knew his world would never be the same again.

But even less people wanted to play Dungeons & Dragons with him. So he screwed up his eyes and wished as hard as he could wish, even though he knew wishes didn’t really come true. He wished that one day he would have a friend who would play games with him whenever he wanted.

Years passed and the little boy grew into a man. He still loved games very much. In fact he loved them so much that to fill the aching void of time when he couldn’t play, he started to write about them instead. And other people started sending him copies of games to write about. Every time a game arrived, he thought about the wish he’d made as a boy, and smiled a secret, knowing smile.

One day a game called Mice and Mystics came in the post. The man wasn’t really sure about this game. He had children of his own now, and the picture on the box, of a mouse holding a button shield, made him think of the Beatrix Potter books about anthropomorphic animals that his daughters liked to read. Hedgehog washerwomen and shop-keeping dogs. Hardly fit material for a game.

But he opened the box anyway, and the first thing he saw changed his mind. It was a book, lavishly illustrated with a stained-glass effect picture of a dying king. “Sorrow and Remembrance” was the very adult-sounding title. Inside there was a story, a bit like this one, except that rather than read the story from start to finish you were supposed to read a few paragraphs out loud, and then play the next bit as part of a cooperative game, before resuming reading again.

The story in the book was about some adventurers who transformed into mice and tried to save a kingdom from a wicked sorceress. And there were decisions you could make early in the story that would affect what happened later on, a bit like the choose your own adventure books the man had so loved when he was a child. He closed the book, not wanting to read ahead too far and spoil the surprises. Perhaps this was going to be a good game after all.

So the man sat down with some of his grown-up friends to play the game. He didn’t read out the story to them. Instead he just gave them the background, and tried to explain the very simple rules. But it was hard: there were a lot of gaps in the rulebook, and contradictions and hardly any examples of how to play it right.

They muddled through as best they could, but it got worse. The game mechanics were stale and didn’t lead to very interesting decisions. It seemed very random, and sometimes choosing a side quest made it swing from far too easy to far too hard. It wasn’t even very exciting. It felt a bit like a role-playing game because it really needed one player to have read the scenario beforehand to keep things flowing smoothly. Otherwise you had to stop, and look things up, and that made the story elements clash with the game elements. The man didn’t really like it, and neither did his friends. With a heavy heart, he put it back on the shelf.

The man’s oldest daughter didn’t love games the way he did, but she enjoyed them. And that was great, because he didn’t really want her to be as obsessed as he was, but they still had something to share together. One day, when they had time to play a game, she looked at the shelf, and saw Mice and Mystics.

The man didn’t really want to, because he didn’t think the game was very good. But he wanted to humour his little girl, and he knew she liked cooperative games where no-one had to lose, and fantasy stories too, so she would probably enjoy it. So he smiled his secret, knowing smile and set the game up, one of the adventures he’d already played with his friends and understood, so he wouldn’t have to stop and look things up again.

This time he read the story out loud, like the book said you were supposed to. And as he read, he watched with amazement as his daughter’s eyes grew round and bright as little brass buttons, an expression he recognised very well. She listened without interrupting, through two long pages of dense text. And then he stopped, and got ready to play.

“Daddy!” she exclaimed, “don’t stop! I want to know what happens next!”

And when he told her they were going to play what happened next, he knew the expression on her face was one he’d remember for the rest of his life.

So they played. And as they played, all the the things the man found so troublesome about playing with his friends melted away like snow in the face of his daughter’s burning enthusiasm. He didn’t worry about the patchy rules, or reading the scenario, but just went with whatever felt right as part of the unfolding tale, and she was far too engrossed in the game to notice.

They finished off the rat guards in the dungeon, lost the wizard mouse to the roaring tides in the sewer, decided to ignore the cook’s pleas for help so that they were more likely to win, and get to read the next part of the story the same day. Then they almost got finished off by a spider in the kitchen tunnels, and a mean old crow in the courtyard but they made it into the old tree. Just. By the skin of their teeth.

So the story continued. And it was wonderful.

And he thought about the wish he’d made, that silly wish all those long years ago. And realised that, thanks to Mice and Mystics, it had finally come true.