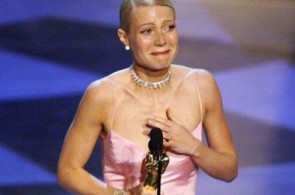 Looking back, 2014 was the year I basically quit playing new games. This was due to a couple of factor, not the least of which was a general sense of chaos in my gaming life between August and November, when most new titles come out. But at least some of it was conscious, because there were a lot of moments when I just decided to play something I already knew instead of whatever the hot game was. That makes me sound a little snooty, as if I'm really proud of the fact that I'm above the lowly activity of playing new games. The truth is that I was better able to find the best way for me to enjoy the hobby, and in my case that meant playing more games that I already owned, or that had already been given enough time for their quality to not be as informed by that early rush of hype

So that means I didn't play a lot of new games from 2014, but I did get to play a lot of other games for the first time. At least a few of those games were good enough to make a year-end list in any other year, at least on first impression. So rather than trying to shoehorn 2014 in terms of the games released during the year, I thought it best to review the best games I played for the first time this year, whether they were published in 2014 or not.

A couple or provisos on this list though. First of all, there are several cases when I only got to play a game once. This often happens when I'm not really focusing on reviewing a title. It floats to the surface once and doesn't make it back for a while. For that reason this shouldn't really be looked on as a definitive list of all the best stuff, but rather the games that left me with the best impression, in some cases after only limited exposure. Secondly, because of that gap in my own experience I won't be ranking these games in any particular order. That means there's no single winner on the list, no "game of the year."

Origin
This was one of the earliest games I played in the year, and one that left a strong impression on me immediately. The players take on the task of helping early humans populate the world. Starting in Africa the players spread out and evolve into bigger and stronger communities, discovering new technologies that will assist them and scoring points for settling in choice territories. It's all very abstract in a mid-1990's-German kind of way, but it tackles an interesting theme with a gorgeous production. In some ways it set the tone for what kinds of games I would gravitate towards throughout the year.

Kolejka
Here we have a game published in Poland a few years ago, but one that finally made it into my field of vision this year. The players are all citizens of Communist Poland, and they have a shopping list that must be fulfilled. But given the shortages in the economy, they will have to send their family members to wait in line and use fair means or foul to move up and ensure that they get what they need. It's not only a highly thematic use of worker placement, but a design that feels intimately tied to its country of origin. I'd like to see more designs like that, especially if they can manage to be as nasty and entertaining as Kolejka.

Beowulf: The Legend
Now this was a surprise. Beowulf came out in 2005, right around the time that Reiner Knizia was cooling off from his late-90's-early-2000's hot streak. It got a middling reception and was mostly forgotten. I landed a second-hand copy and discovered that I really liked it. Combining different elements from previous Knizia designs like Ra, Taj Mahal, and Lord of the Rings, Beowulf still manages to feel like its own thing. Part of that might have to do with its theme, which is subtly expressed through players vying to get the most attention from the titular character. It's a really fun design that forces players to take chances and keeps things from getting too numbers-focused. The spectacular production with John Howe illustrations helps a lot too.

Panic on Wall Street!
I have a weakness for games that really take advantage of big groups, and this is a doozy. Panic On Wall Street is essentially an enormous two-sided game of Pit, where players are divided into managers and investors. It has a lot of noisy trading and embraces the vagaries of the stock market. I only got to play this once, and as with a lot of real-time games it might break down with lots of plays or with the wrong people. But I had a ball in my one session, and I really want to play again.

The Swarm
Based on a German bestseller, The Swarm requires a bit of effort to connect with thematically. But that doesn't stop it from being a really fun German-style design. Players work to unravel the mystery of what is happening to the earth's oceans as a malevolent hive mind or organisms are wreaking havoc around the world. There's a little bit of hand management, some card drafting, tile-laying, and it all gels together into something that feels all the more unique because these aren't the kinds of games that get attention anymore.

Impulse
Hey look, a game actually published in 2014! Carl Chudyk already has two masterpieces under his belt with Glory To Rome and Innovation, and Impulse is his take on 4x space games. Like his other two major games it requires some re-education in how games work before it really begins to pay off, with a somewhat larger learning curve. But once you're there it's a hugely fascinating take on the genre, filled with a elements that forced me to reassess how we respond to games that defy our genre expectations.

Machi Koro
I know, there isn't a whole lot of game in this one. Machi Koro is not shy about its roots in Dominion and The Settlers of Catan. But it manages to find what made both of those games fun without becoming an ugly Frankenstein monster of a game. It embraces the variety and combo-making of Dominion without bogging down the flow of play, and it borrows the gambling-like dice mechanic of the Catan games. It's a very light experience, allowing for a lot of chit-chat and casual interaction. But sometimes it's good to have something that doesn't ask a lot of the player, and Machi Koro is just that.

X-Wing
In my bid to become the most relevant game reviewer of 2012, I finally got around to trying FFG's cash cow earlier this fall. Never has a game made me so relieved that I didn't buy in. Not because I didn't enjoy the game, because I absolutely did. It feels like a Star Wars dogfight, even if the game was cribbed shamelessly from the WWI minis game Wings of War. Star Wars dogfights always looked more like biplanes fighting anyway. No, I was glad I didn't get into it because I would have spent a LOT of money on it if I wasn't careful. What can I say? All of those little fighters are hard to resist.