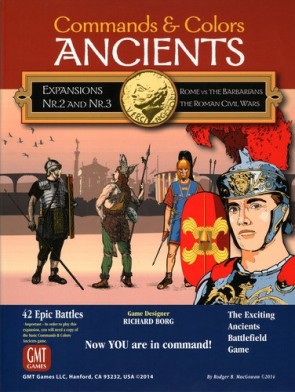 Britain is pockmarked with standing stones. On a recent holiday we passed them in a dozen different sites. High on windy hillsides or perched above rocky bays, the waves seething over jagged rocks beneath. I love to touch them, to touch my history. They feel like the bones of the country, smooth yet pitted.

Traces of their makers cover the landscape like a swirling tattoo. Hill forts, barrows, buried hoards of gold. Yet they do not speak to me. Their brash Roman conquerors do. Julius Caeser wrote books. His legionaries wrote letters, pleading for thick socks and underthings against the bitter British climate. I had long hoped I might find the voices of the Britons in some forgotten thing. A squashed coin perhaps, or a rusted sword hilt.

I have found them now, in a most unexpected place. In a box, fashioned from green wood and decorated with gaudy stickers.

They are not always Britons. Sometimes they masquerade as Gauls or ancient Germans. It matters little. All these peoples shared a culture, all contributed to my culture and all them were silenced. Their voices drowned out by the shouting of their conqueror, Rome.

At first, Commands & Colors: Ancients seemed a strange place to find them. With its emphasis on lines, leaders and structure, it felt a poor fit for this rabble of proud barbarians. They should be rushing the enemy, half naked and ululating, not trying to scrabble together adjacent units for a line command. I couldn't see how the system would accommodate them without a lot of extra rules.

The answer is simple. Barbarian armies rely on light units, chariots and warriors. Against them, their Roman empire foes are from the legionary era, with its backbone of heavy infantry. Embellished with the new Marian Legions rule which gives them missile fire to represent their pilums, they are a terrifying force.

The result is a perfect ballet of asymmetry. The Roman army can function like a well oiled machine - providing its commander has a bit of luck and a lot of skill with command cards. The barbarians can't hope to face them in formal battle lines. Instead they must rely on their maneuverability, flexibility and the momentum advance of the warrior units.

Not that it does all that much good. It's difficult in many of the scenarios for the barbarians to win. Trying offers a tiny taste of the terror they must have felt. Rough men with rough weapons charging down the most effective military machine of the ancient world. A human tide breaking on a wall of iron.

You might ask why they bothered. The vast contrast between the stickers and capabilities of the two armies offers a clue. These cultures were profoundly different. The barbarians fought to protect those differences. Because they wanted to worship at stone circles under the open sky, not austere temples of marble.

It's not all about the barbarians. Julius Caesar makes an appearance, alongside his formidable tenth legion. There are special rules to make them appropriately fearsome. There is Spartacus, too, and other slave revolts.  They're allowed to roll burning logs onto the enemy in a unique area-effect attack. When it's resolved, the slaves themselves lose a block which has to be one of the most appallingly expressive rules I've ever seen. It reeks of desperation; and woodsmoke.

The Romans get their own scenario booklet, detailing the brutal civil wars the marked the end of the republic. These are similar to the existing scenarios of Greece and the Punic Wars in terms of the forces offered. There are some new terrain tiles to throw in.

And even though they happened far away, they have their own immediacy. These were not far-flung conflicts in Africa or private violence between city states. These battles were pivotal in western history. Had they gone otherwise, it could have been Mark Antony or Pompey wading ashore at Dover, or no-one at all.

There are over forty new scenarios here. Thanks to subtle use of terrain and novel elements, they offer huge diversity. In place of the blank battlefields of the original there are marshes and coasts, villages and ramparts. Rather than faceless light, medium, heavy toops there are the stoic Legionaries of popular imagination. Waiting in silence as painted devils descend on them from the fog.

I have played wargames where British soldiers fought on British soil from the Wars of the Roses to Operation Sealion. But none felt as personal or evocative as this. With a minimum of rules, these expansion scenarios give voice to a long dead people. They allow us to touch their vanished world like we touch their standing stones. There's little more one can ask for a conflict simulation.

Alas, C&C Ancients is a shelf toad for me, but not because I don't like it. Short of my son for about half a dozen games I haven't been able to get players to join me, and to some extent I think it's because of the time period portrayed in the base set. Most of my friends couldn't tell me what century (perhaps even millennium) Julius lived in, and they have no exposure to Carthage at all. They also don't care all that much about history. So it doesn't attract very much attention when it's along for the ride. Throw in that it's a two-player game in a group that prefers to sit down to a single title each week and there's gonna be trouble.

Getting into Britain might make a difference, and might inspire me to push a little harder. I have to decide if I want to double-down on this or not. I'll leap to the conclusion I don't need Expansion 1 (Greece and Persia) to play 2&3.

But what's most interesting is your indication that the two sides play very differently, something that I think my son would be more interested in. He likes the idea of mobility and hit and run tactics, whereas I'm more of a heavy infantry taking one step forward each turn kind of guy. This may prove to be a better fit for the two of us than the original, where Carthage and Rome are similar in their approaches, and Carthage didn't bend to my son's wishes very well. So based on what you're saying here I may be purchasing my first expansion to C&C, putting me over the $100 mark on only my second or third game.

If GMT's smart they'll hotlink this review on their game page, just like they did your others. It's very good work.

And yes, it's the asymmetry that makes this so interesting. Be aware, however, that a lot of the scenarios are not terribly well balanced. If you cast your son as the barbarians, he'd better be mature enough to handle losing more than usual.

I really enjoy C&C:A in any flavour. But I mostly play on Vassal - only rarely face to face. I couldn't stomach stickering that many blocks

jgriff replied the topic: #211050 21 Sep 2015 10:50
Sag - Put this down for the May Weekend. This is one of those games that I love but things always seem to conspire against it making it to the table. I've only played it a handful of times but it seems like the best of the C&C system easily. Since my son loves the Memoir toy factor, it gets played alot. I purchased Expansion #2 a long time ago for the mounted board but never played it. Now Expansion #3 is nowhere to be found by itself.

Alot of my group have all the expansions but I never see it coming to weekly game nights. Set up seems to take as long as the game itself.

Gary Sax replied the topic: #211058 21 Sep 2015 11:54
IMHO, the expansions to C+C are primarily valuable only insofar as their scenarios are good. Otherwise it's just providing you largely redundant sets of different colored blocks.

I think you could make that case for the C+C system more generally, of course.

Cranberries replied the topic: #211172 23 Sep 2015 00:07
Ululate: howl or wail as an expression of strong emotion, typically grief.
"women were ululating as the body was laid out"

I'm teaching History of the English Language right now, and am interested in this time period. Sadly, I traded my CC:A away several months ago after having purchased it and stickered it 2-3 times.

JR replied the topic: #310627 25 May 2020 18:55
I have been an active member of the hobby for over 15yrs and I have never been so fully enthralled by a review. Rather than overwhelming me with a wall of how-to text, describing mechanisms and victory points, you have wisely eschewed the pedantic for the poetic and in so doing, wonderfully conveyed the beauty of play. Well done sir. Well done.

ubarose replied the topic: #310629 25 May 2020 20:55
Hi JR. Welcome to There Will Be Games. Matt has been writing for over a decade and has a strong personal voice and style. Poetic is an apt description.

JR wrote: I have been an active member of the hobby for over 15yrs and I have never been so fully enthralled by a review. Rather than overwhelming me with a wall of how-to text, describing mechanisms and victory points, you have wisely eschewed the pedantic for the poetic and in so doing, wonderfully conveyed the beauty of play. Well done sir. Well done.

That's really kind of you to take the time to say so. I'm glad you enjoyed it: I hope you enjoy the rest of the site. There's some top-quality writing across the board here.
Read More...