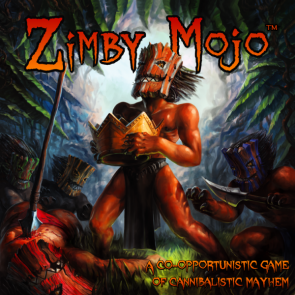 When you open a modern board game, you don't expect to find what looks like a Parcheesi board. You especially don't expect to find it set in the midst of lush Mesopotamian jungle or to be decorated with bizarre sigils. Then you flip through the lavishly illustrated rules, picking out phrases like "blood mist" and "cannibalism". We're not in Kansas any more. I'm not sure quite where we are, but I don't think it's a place I'd want to go on holiday.

Not least because it's full of zombies and zimbies, horrible diminutive cannibals which owe a strong debt to the Fetish of Diablo 2. You're a shaman, in control of a tribe of these zimbies, but you want to control all the zimbies by becoming the cannibal king. Unfortunately, so do all the other players. So far, so ordinary. What elevates Zimby Mojo beyond the standard multiplayer fight game sales pitch is that there's already a cannibal king.

He and his thug bodyguards behave according to a set of AI routines dictated in the rules. And he's about as mean and lazy as you'd expect a cannibal king to be. He doesn't leave his inner sanctum because he knows it's almost impossible for the players to break in. Instead he luxuriates there while casting horrible rituals on his enemies. If they want to put a stop to it, the players are going to have to co-operate to smash the seals on his lair and get in. Once one of them has looted his body for the crown then it's every Shaman for themselves in a race to bring it home for victory.

So, we have a standard fight game with an interesting twist which the game describes as "co-opportunistic". And that's pretty much what Zimby Mojo does everywhere: it takes standard board game concepts and twists them to make something new. Most of them work. But even when they don't you have to tip your hat to the experimentalism on offer.

Take the way co-operation works. Most games would settle for letting the player's pieces share a space and combine strength, or whatever, when attacking. Here, the pieces stack into columns which then act as a single piece. And everyone with pieces in a column gets to control that column during their turn. This includes choosing whether or not to allow a new player's pieces to join a column. The potential for mayhem in this single mechanic is staggering. In a memorable moment, an alliance collapsed when one player chose to accept pieces from the mortal enemy of someone they were sharing a stack with. The entire game dynamic polymorphed on a single decision.

It's everywhere, this stuff. Your pieces on the board largely consist of your tribe of zimbies, but you also have a pool of mojo for casting spells. Standard setup, so here comes the twist: you can sacrifice the former to get the latter, represented as in-game cannibalism. Indeed zimbies can also eat each other to gain combat bonuses. In the frenetic chase to beat the kings guards and then race back with his crown, it's very tempting to make such long-term sacrifices for a quick boost. Sometimes it'll pay off and sometimes it won't. Learning which applies in any given situation is key to the game's strategy.

And strategy there is, in spite of hazardous numbers of dice and cards flying everywhere on every round. It's all about riding the chaos, looking for opportunities to make the most of what you have. In that it is, as others have mentioned, very much like Wiz-War. But as always, Zimby Mojo has a new spin. Within the maelstrom there are numerous small, fixed systems and procedures that you can cling to. Islands of predictable calm amidst the storm. These are places you can shelter and start to build some tactics.

You can usually predict how thugs and zombies are going to move, for example. There is a stack, a set of push/pop rules to prioritise effects a bit like the one in Magic: the Gathering.  Combat is dice-based but still subject to strict rules governing who can attack, when, whether combatants can move and who gets hurt in a column. Cunning players can and will game these systems to gain an edge. Again, you've got all the unpredictability of a random system with a unique twist: it's got a very stable foundation.

Yet all these mechanical anchors and the fallout from all those little clever twists add up. It's a game with a lot of rules and an unpredictable, often sizable play time as the probable victor swings back and forth. While the rules and their effects do make intuitive sense they are also highly procedural. This is my biggest beef with the game. Either you need to play enough to internalise all those procedures, or you'll be consulting the awful rulebook an awful lot. Messing up the sequences can have a significant impact on how the game plays out. You might argue that doesn't much matter in a title that's more about shouting, throwing dice and gleeful cannibalism. But it's the sort of thing that can eat away at your enjoyment.

That's Zimby Mojo: a clever, bizarre and entertaining game that is many might find a little too clever and bizarre for its own good. If that tempts you to step away, stop a minute and think on this. If you like classic multi-sided conflict games and play with the same group, then you'll all get around to memorizing those procedures. And when you do, you'll find you have something unusual, something that generates and plays out situations no other game can. Something that's worth all that time spent flicking past pencil drawings of half-naked zimbies in the rulebook.

I would have thought so, too, but I played my first game with a good friend of mine who's my only regular Battlelore 2nd Ed. opponent, my girlfriend who's a dedicated Eurogamer, and her son who's been raised on Euro boardgames, but regularly plays D&D 3.5 and video games like Guild Wars 2. So, a pretty mixed crowd. Everyone liked it.

Gary Sax wrote: I find the rules quite intimidating in this one, I still haven't played my copy. It appears to require a particular type of group.

You need "fuck you over" kind of people to play with. No crybabies or whiners. Total cut-throat.

As for the rules, you're overreading them like everyone else did, including me. They're incredibly intuitive after two or three turns.

hotseatgames replied the topic: #243299 31 Jan 2017 11:35
I haven't gotten this one to the table as much as I would like, but I don't often have the right crowd for it. I do think there are some rules that could have been pared down... Some of them seem needlessly "mathy."

SuperflyPete replied the topic: #243306 31 Jan 2017 13:12
I think the only flaws in the game are that it's too long for what it is, and could've used a timer of sorts once the crown is had, and that the rulebook is overlong and over-wordy. It could've been better served had Universal Head been contracted to do a back-page primer or something so that the game could be learned and played off of two 8x11 pages.

Gary Sax wrote: I find the rules quite intimidating in this one, I still haven't played my copy. It appears to require a particular type of group.

This from someone who chews through the COIN series like they're Skittles. 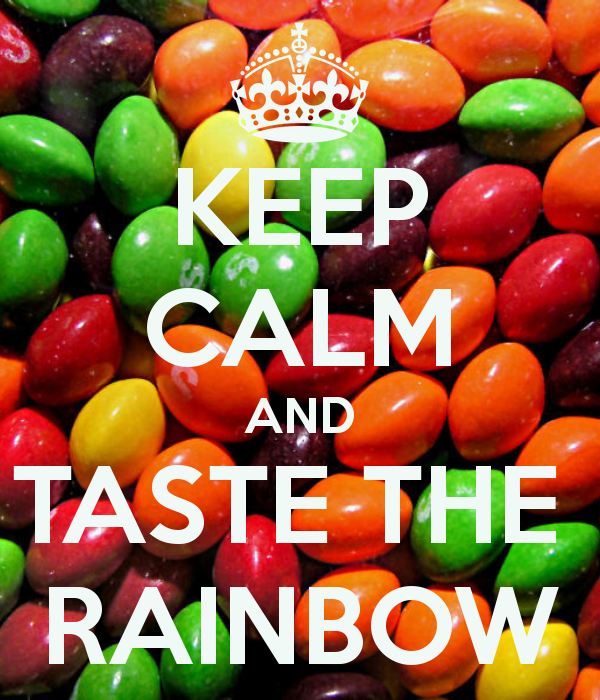