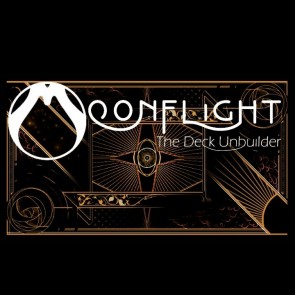 In the pale moonlight a city will be founded only to fade into the dawn of a new day. The Jacks compete for power hoping to attract the adoration of the populace as the city waxes and wanes. This is the premise of Moonflight, the latest release from Man O’Kent Games. A game that encourages you to build a deck, then tear it apart. Your destruction must be measured with caution for in the end all that matters is what is in your hand. Join me in the moonbeams.

Build it on up

As in a lot of deckbuilders you’ll be setting out with a pale, boring deck of cards adding to it to gain powers, resources and combos as you fight for points Each player will have their own set of cards to buy from, tuned to their particular character, or Jack. The two in this demo set lean towards drawing when you discard and manipulating hand size and drawing ability.

This is a curious change from a lot of deckbuilders where you just have a central market place to buy all your toys from. Here the choice of character dictates the market place choices. You can buy more readily from your own stacks but you can also nip across the aisle to sample the delights of your opponents giving you some interesting choices to make as you smash powers together: turn dead cards into draw or money, recycling cards from the discard pile, gaining huge amounts of draw, all your favourite deck builder powers are here and more besides. 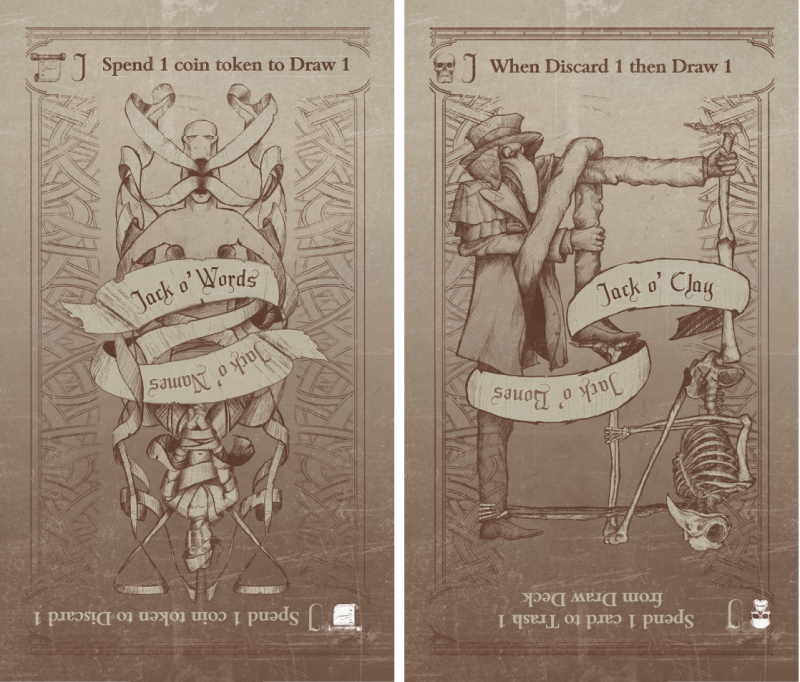 The goal in Moonflight is not to build the perfect deck, it is instead to obtain the perfect hand, bristling with points. You see every card in Moonflight is actually two cards, the top half that is used at the start of the game and the bottom that is used after The Turn. As you buy cards from the marketplace, more will appear from the character specific supply stacks until eventually one of the supply stacks will run out. 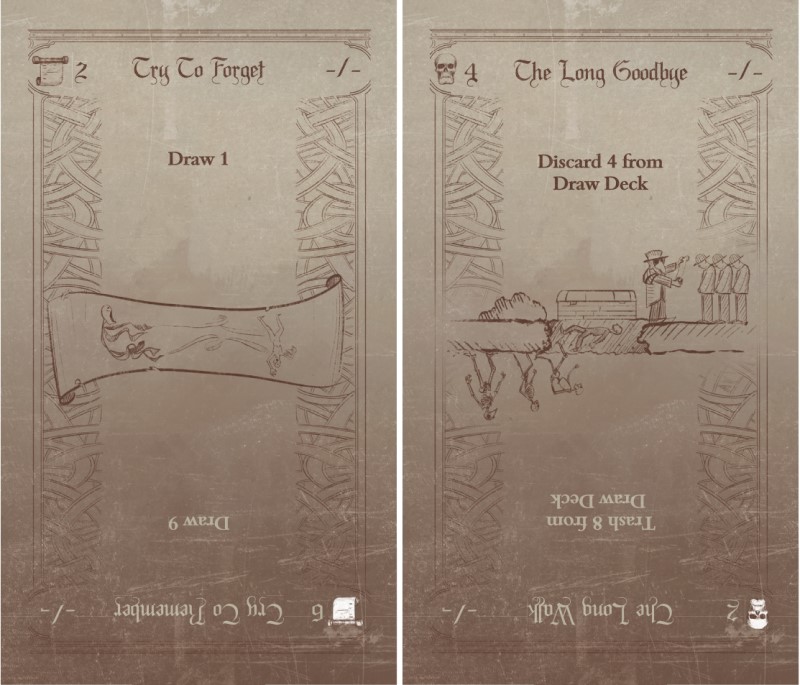 The card on the left comes from the Jack on the left in the first image of this piece and so it is with the one on the right. You can see how the cards change in powers after the Turn. The top of each card here is pre-Turn the bottom is post-Turn.

The moment this happens, all the cards in hand, in play and still to be drawn, actually turn and now you are using the opposite end of each card from the one you started with. Costs will change and what the cards do will also alter drastically. Powers on the cards post-Turn tend towards the destructive in nature: cards that allowed you to draw cards now focus on removing them from your deck, etc. As you destroy what you have built you craft the perfect final hand decimating your discard and draw pile to nothing remains. 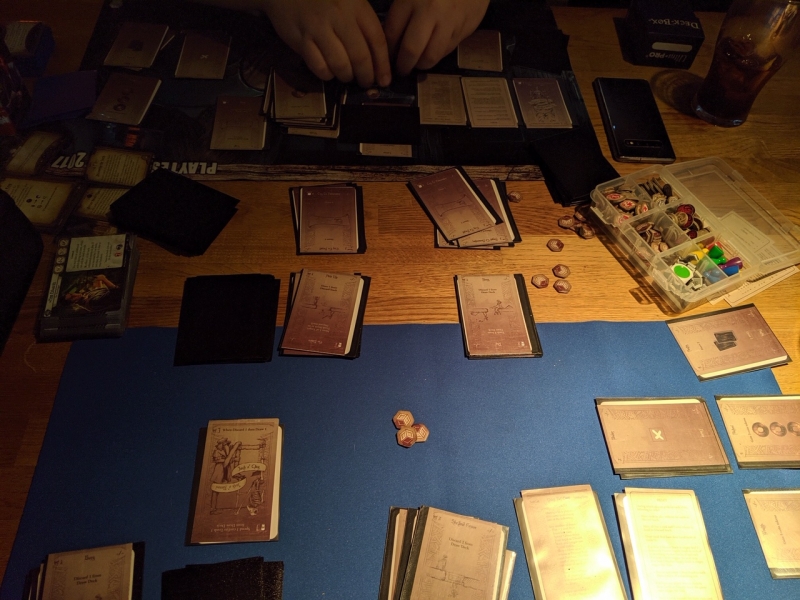 Tear it on down

Moonflight is a game that revels in crazy combinations and bold plays. You can frequently end up with your entire deck in your hand, firing off powers in play as you engage the engine you have constructed to suck up as many points as possible. I am a fan of doing crazy combos, love survivor in Arkham Horror: The Card Game, so this part of the game really appealed to me.

However, the theme of Moonflight didn’t really come across to me as well as I would have liked despite the art that drew me to the game in the first place. The final game will be on Tarot sized cards and I wanted to feel more of that in the game, more of the hermetic connection of such a set of cards. The mechanics are a lot of fun to manipulate but it felt a lot like what I would call ‘lonely fun’. By this I mean that other than buying cards from the Marketplace and manipulating when The Turn happens, there are very few points of interaction.

There were several moments amongst the games I played where I found myself watching my opponent do lots of things as I had passed. Although it is sometimes enjoyable to watch someone manipulate a system with skill, I really prefer more direct player interaction. However, I do recognise that a lot of people like this aspect of deckbuilders, in which case Moonflight will definitely be up your street.

Moonflight feels like an odd beast. It’s attempting something new in the deconstruction mechanics, or at least new to me, but does not stray far from the roots laid down by Dominion and the games that quickly followed. In comparison Ruthless, a personal favourite, builds on the foundations of the genre to give something unique, highly interactive with a great pace.

Although Moonflight is a bit too low interaction for my own personal tastes I think for those who like that type of game, it will show itself to be an interesting deckbuilder with a good amount of replayability: two more suits are coming in the final game. The art style is bold and interesting and I love to see small companies trying something new in this regard. Man O'Kent Games have shown themselves to understand the Kickstarter model with their previous release S.S.O. and I hope if you like the sound of Moonflight you will give them your support.

This review is based on a Print and Play version of Moonflight provided by Man O’Kent Games. I assembled the game myself and had to trim the top of some of the cards to fit them in the sleeves I had, so some pictures of the game in play might appear odd. The final game will usual tarot sized cards and some of the pictures of the cards are provided by the publisher, I will indicate where this is the case. Art may not be final. Images provided by Man O'Kent Games.

Shellhead replied the topic: #301971 24 Sep 2019 11:28
Playtesting is hard. Low-interaction games are easier to design because the designer can easily and conveniently do a lot of the early playtesting without players. But a board game with minimal interaction often feels less like a game and more like structured busywork.

thegiantbrain replied the topic: #301978 24 Sep 2019 17:49
For some folk the lower direct interaction of some games, I'm looking at you most worker placement games, is part of the attraction. Whilst I get that I want my games to give me a bit more than that.