I'm About to Blow! - Fuse Board Game Review 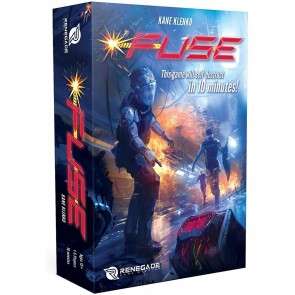 The only thing worse than one bomb is twenty-five of them.

You're on a holiday. A cruise. You won it in a raffle. A man walks up to you, he's panicked.

Do you know how to disarm a bomb? His voice high pitched.

Of course, I studied bomb defusal at Harvard Yale. Your reply.

Fuse is a real time cooperative game, you team up with Madonna and Timberlake and have just 10 minutes to save the world. Disarming as many bombs as possible - hopefully all of them.

Bombs in this game are represented by cards, and each has a different method of defusal. However, it's always some arrangement of dice. Some, for example, require you to have die all of the same number, or of the same colour. 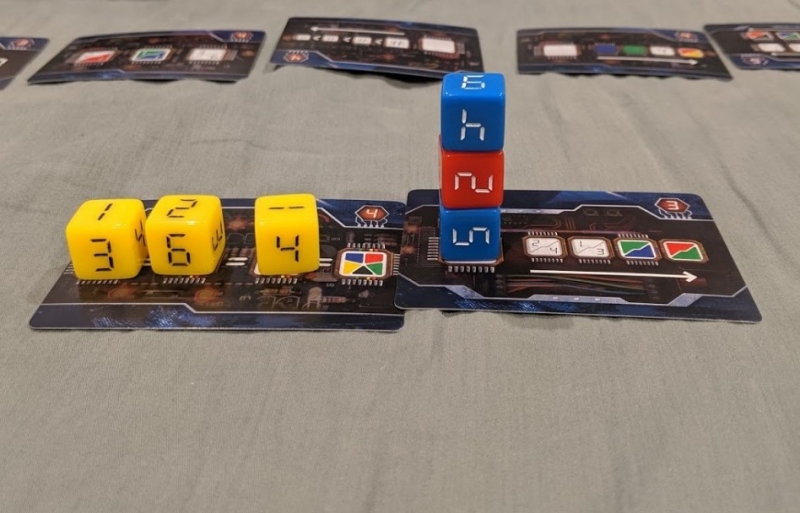 While I can't imagine many bombs being disarmed this way in real life. It's this simple mechanic that underpins the game, and it subscribes to my theory of real-time games needing to be stupidly simple. It's bad enough teaching your friends to play a new game, but once you add that timer, any interruptions for rulings breaks the flow of the game providing a sub par experience.

However, that's not to say the entire game has to be simple. You need to be able to build upon this mechanic. And Fuse takes this literally, by introducing advanced bombs requiring you to build pyramids and columns. 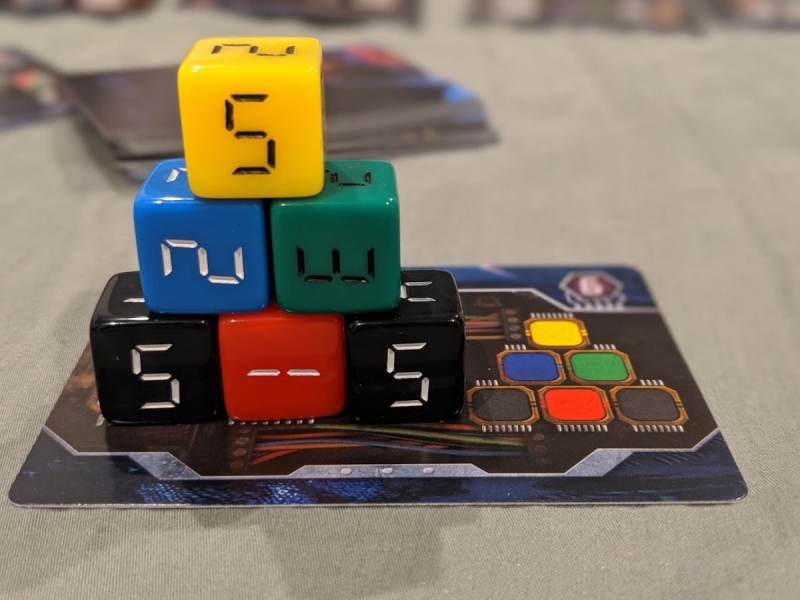 I really enjoy how Fuse, despite putting you under immense pressure, reminds you to have fun by adding this simple dexterity element. Even better is that it's not the only one. To get dice, you need to reach into the velvety bag of bomby goodness. Drawing out die by feel alone, and being punished for drawing the incorrect amount. 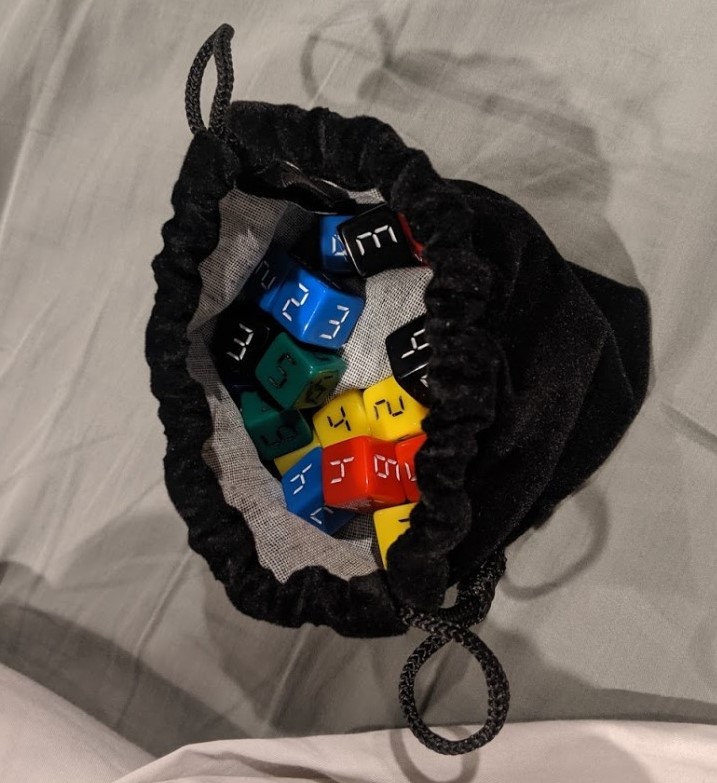 In isolation that doesn't sound like a novel or interesting mechanic, but remember you're under pressure. You'll find that you'll win or lose based on your dice drawing efficiency. Which again sounds stupid, but is a surprisingly fun touch.

After the die are rolled, you must pick one up and add it to the bomb cards in front of you. For each die left on the table everyone gets punished.

What I like about this is how it forces your group to have a conversation; who needs what, and which bomb gets priority. The answer isn't always obvious, but the time limit forces a decision to be made.

Fuse splits the difference and forces you to think and make tough decisions together.

After 10 minutes you either discard all the bombs, or you blow up.

A simple game, but it is hard!

Our group DESTROYED 5-Minute Dungeon, but had a really tough time beating the easiest difficulty level here. This brings with it the same psychology as Dark Souls. Because it's so tough, it makes winning all the more sweeter.

The other benefit of this difficulty is learning that there's no time to waste. Fuse requires you to hit the ground sprinting and not letting up for the full duration. It brings with it all the intensity and pressure of the last 10 minutes of an important exam. Which is what I want from my real-time games.

Fuse works best in repeated plays. It's like performing a time trial in Mario Kart, the excitement comes from both the game, and you seeing your time get better and better.

Unfortunately, this also makes the game feel samey after a few plays. As the puzzle never changes dramatically, and there aren't big moments differentiating one play of the game from the next. After a night of Fuse you'll remember you played five rounds, but never remember what was different about each of them.

Overall, I think Fuse is a great game with fantastic design, and it's fun! However, it's these last points of samey-ness, and lack of memorable moments that drags the game down from it's pedestal. Even still, it's got me excited about Kane Klenko as a designer, and I'll be looking forward to trying out the rest of his catalogue.