Pandemic Rapid Response - The Most Disappointing Game of 2019... So Far. 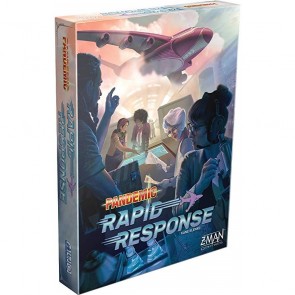 When I think of Pandemic, I think of this evolving puzzle you solve together as a team, four actions a turn, and epidemic cards. But what if you take away all of that? Is it still Pandemic?

When I think of Pandemic, I think of this evolving puzzle you solve together as a team, four actions a turn, and epidemic cards. But what if you take away all of that? Is it still Pandemic.

Pandemic: Rapid Response sees you and your friends as aid workers in a plane that can manufacture vaccines, food, power, first aid, and water. Against the timer, your team travels the globe and delivers supplies where they’re needed most. If time runs out, millions will die.

Oh, and you’ll lose the game.

If you’ve played any of Kane Klenko’s previous titles, you’ll be familiar with the mechanics at play here. Namely:

Starting with the first player, play circles the table clockwise. When your turn arrives, you start by rolling dice, and finish it by quickly making decisions based on the results. These dice can be used to make any of the above resources, move the plane, recycle waste, or dump cargo from the airlock. 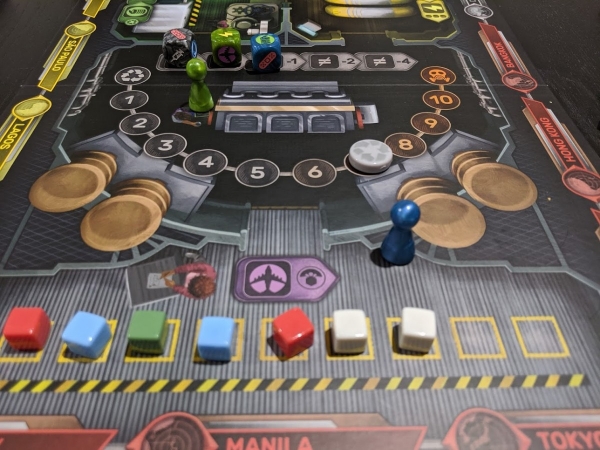 Each player gets six dice to roll

But it boils down to this; what do we need to do? and what do I need to do?

As a group you need to meld your brains together into some sort of mega brain to decide which objective to go to next, and what items you’ll need when you arrive. While a big decision, it isn’t difficult, and normally determined by distance.

The second question of how to allocate your dice is harder and more interesting as there are usually multiple choices. It’s forgiving in the way that if you don’t get what you need, you can re-roll your dice twice. Often leaving you with a choice of a sub-standard play or gambling for Yahtzee.

Which is the crux of the game. Figuring out how to take a non-optimal dice roll and make it work for the team.

This was where the game stumbled.

There wasn’t enough going on outside of your turn. And while in theory you have one player performing their actions, and the other players planning what to do. In practice it was like waiting in line for a water slide. Holding out for what felt like 10 minutes for the flash of action before lining up again. 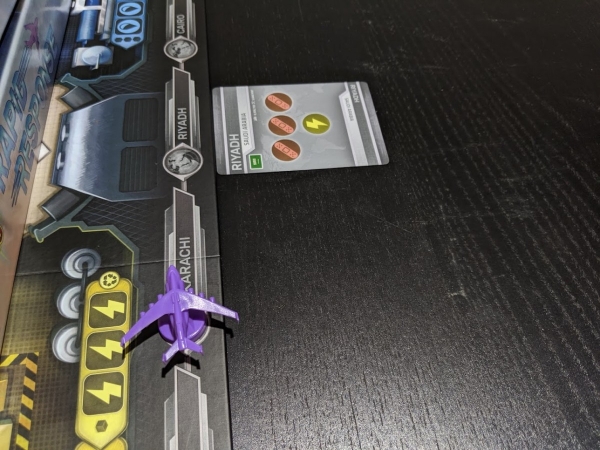 This was extremely disappointing coming from Fuse, a game I adored. In that the tension sets in from the moment the timer starts, all the way to the finish. Rapid Response only has sporadic moments, when it’s your turn, and then helplessness as you watch your friends stumble through their turns as though re-enacting the three stooges.

And that’s not the only step backwards.

In Fuse, you’re constantly communicating through compromises and making impactful decisions, and sacrifices together for the benefit of the greater good. Rapid Response sees you communicating through directing. Telling people what to do rather than working with them to achieve an outcome.

It got one thing right though; Crisis cards.

These cards are challenges which can delay your team. Forcing you to create extra items, drop off cargo unexpectedly, or spend extra dice to fly. They add a bit of flavour to each game, and create unique moments where you’ll groan, and lament your luck.

They’re a great addition, but personally, I don’t think these cards were punishing enough.

As they didn’t slow us down so much as got in our way; creating annoyance, not drama. Nobody remembers the 15 monsters before the boss fight, they remember the boss fight. They remember going from ‘I can’t do this,’ to ‘I can’t believe I did it.’ And it’s this feeling that Rapid Response failed to achieve.

Which is where the game fell over.

About to drop a load, and clear the trash.

Kane Klenko has developed some fantastic real time dice games. And despite their mechanical similarities. They also shared their difficulty. They were challenging. Rapid Response was anything but. While admittedly we didn’t play the hardest difficulty, we were playing on Veteran – the level below – by our third playthrough. And we smashed it. Comfortably.

By itself this wouldn’t be so bad by itself, it compounds with the momentary requirements of your attention. Making the time you’re spectating even more painful.

I’m pretty negative on this game. Some of that is to do with me having played a lot of games and having high standards. But I think more has to do with the attachment of the Pandemic brand. I love Pandemic. Except for the Cthulu version I have all the Survival Series, and they’re all fantastic and excellent games.

Rapid Response, on the other hand is an OK game, but it’s not fantastic, or excellent. Which when packaged with those in that series, or with Kane Klenko’s previous titles, the perceived contrast of quality is exacerbated.

I started this review questioning if it’s even a Pandemic game. For me, even though they share the same graphic designer, and theme, it’s so far removed mechanically that I don’t think it is. Entirely to its detriment. If you’re looking for a real time game, pass on this one. Go check out Fuse or 5-Minute Dungeon.