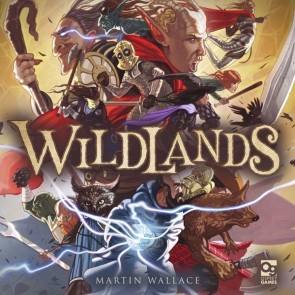 Are you looking for a tactical minis-on-a-map experience? Do you like cards that can be used in multiple ways? Want to take your fantasy adventures to the next level with whimsy, color, and a raft of cool minis?

The Wildlands Tourism Board is not responsible for death injury or maiming caused by or to visitors. Travel insurance is not honored in the Wildlands, associated adjacent regions, or any subsidiaries thereof. Visitors to the Wildlands will be held personally responsible for any rifts in space, time, or spacetime appearing during their visit. Side effects of recent travel to the Wildlands may include a strange desire to buy every expansion and then shout about how cool the game is on social media. Miniature painting kits sold separately.

Are you looking for a tactical minis-on-a-map experience? 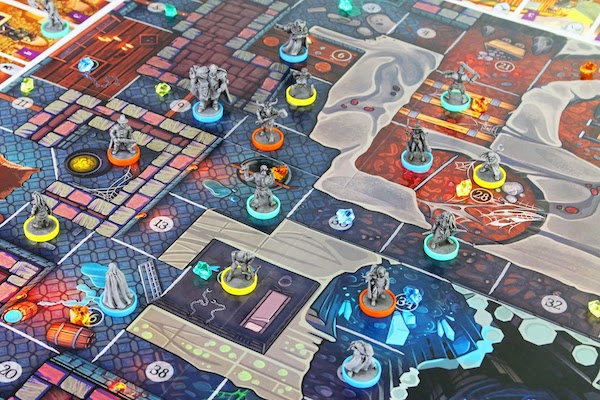 Do you like cards that can be used in multiple ways? 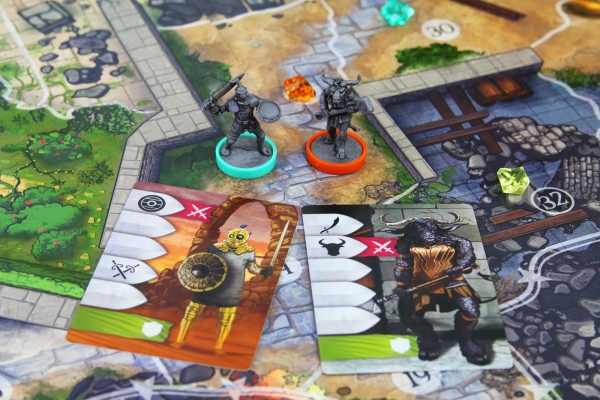 Want to take your fantasy adventures to the next level with whimsy, color, and a raft of cool minis? 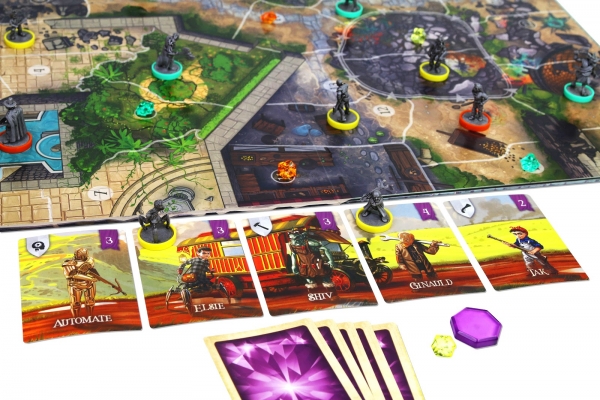 This is The Wildlands! Be a rifle-wielding member of a circus troupe, a demonic nightmare being, a magical owl and his pals, or even Judge Dredd! Absolutely no undead skeletons! 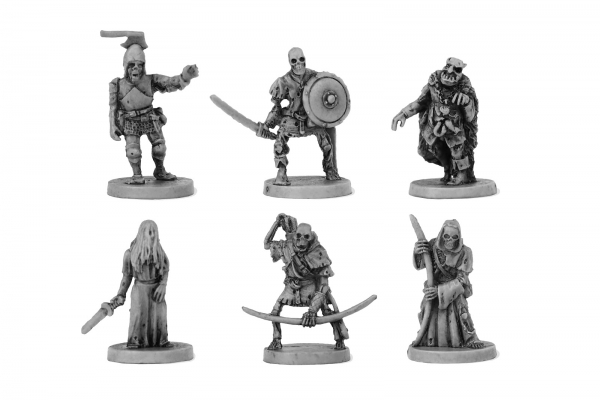 Welcome to the Wildlands 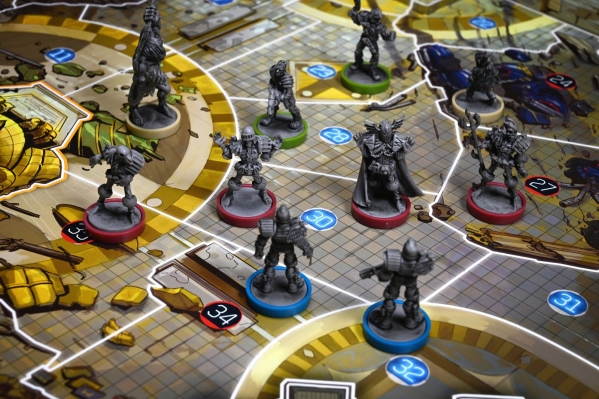 The chaotic and cerebral Wildlands is a low-setup, easy to teach game of grabbing the other team’s crystals and thwapping them for trying to grab yours. Your awesome team is awesomer than the other teams and by gum you’re going to prove it. 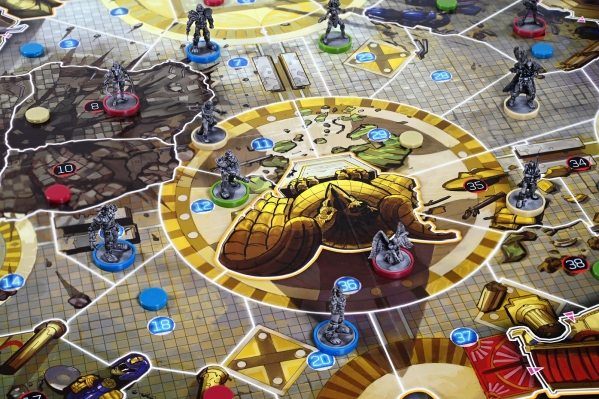 Move your people into position to steal gems or smash face! Take cover from ranged attacks! Carefully choose which of your cards to use at the right moment! Will you save that cool attack for later when your opponent has fewer cards, or burn it now to try and grab a crystal?

And just how many more interrupt cards have those jerks got anyway?!?

First time tourists to the Wildlands need to disembark at a core set, of which there are currently two: 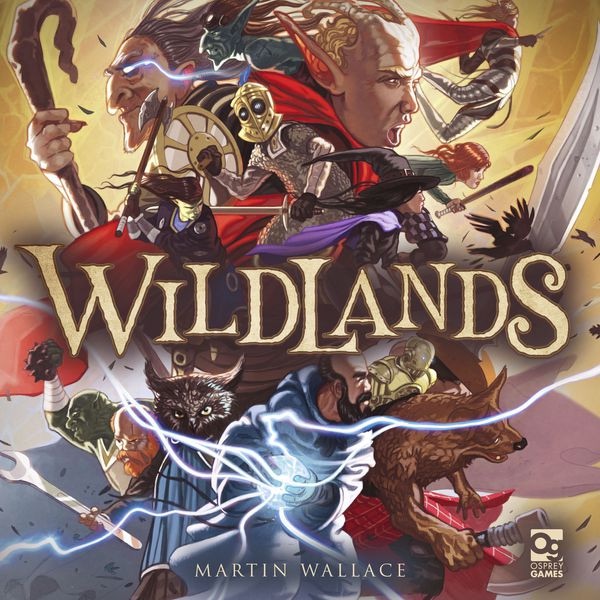 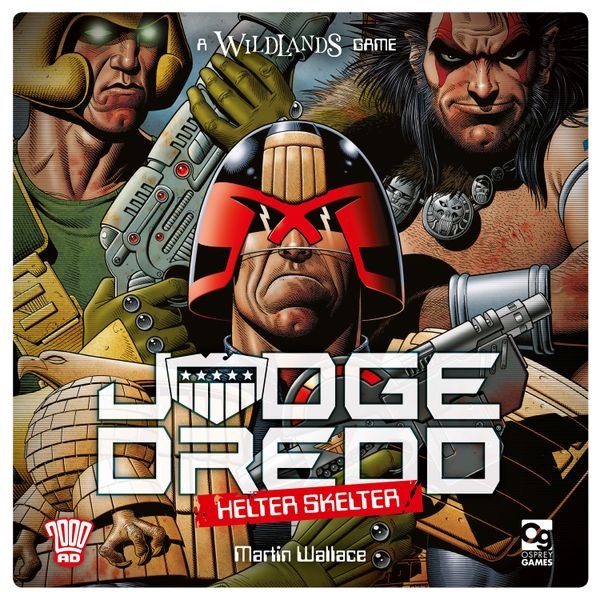 In each of these boxes are four teams, each of which plays very differently to each other (find your favorites!) and a double sided map to thwap each other on. Which one you get is completely down to which theme you prefer, all Wildlands stuff is cross-compatible*

*yes this means Judge Dredd can get bonked over the head by a bookshelf-wielding golem librarian.

The Dredd box, being newer, does incorporate a couple of tiny improvements to the 2 player spawn rules and interrupt cards, but nothing that you will miss if you prefer the quirky fantasy theme of the base box.

Though Wildlands is a fun and cool system with a lot of depth and easily accessible charm, some players may feel constrained by the fact that character activations are controlled entirely by the cards in your hand. You’re not able to constantly use your favorite character over and over, and sometimes you’re just 1 card shy of being able to grab a crystal and close out the game. 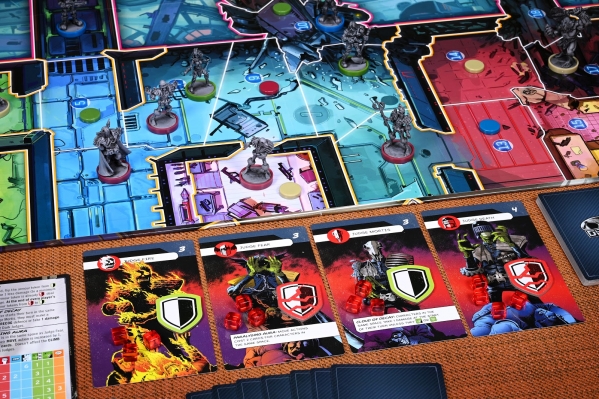 The best part of Wildlands is definitely the middle. Once you’ve gotten your minis into a big scrum with their minis, you’re grabbing crystals and performing interrupt actions that make the other players go ‘OH COME ON.’ You’ll have to watch out for sudden victories-from-behind, as a canny player jumps from 3 points to the winning 5 by grabbing a crystal and knocking out your character in the same turn - but the game is short enough (especially at 2 players) that such chaotic grumbliness won’t matter too much.

Meet the Locals! See the Sights!

Wildlands has a plethora of cool expansions - none of which you need (but will definitely want.)

The three team expansions: The Adventuring Party, The Unquiet Dead, and The Dark Judges, all add their own twist on how a normal team is played (Dark Judges also includes a solo mode). 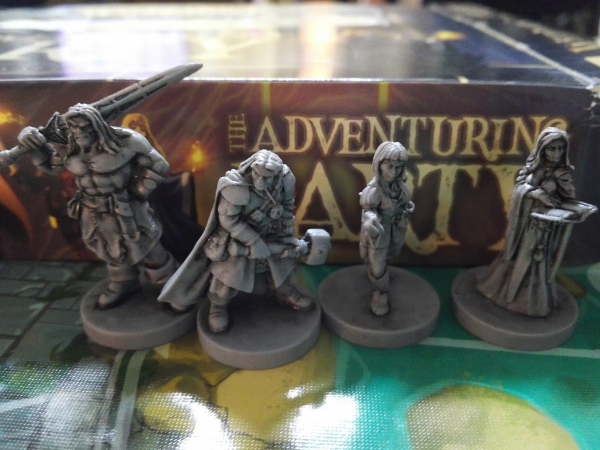 The map packs introduce new quirks of terrain (and in the case of Map Pack 2, some dedicated 2 player maps) to throw some spanners into your normal plays. 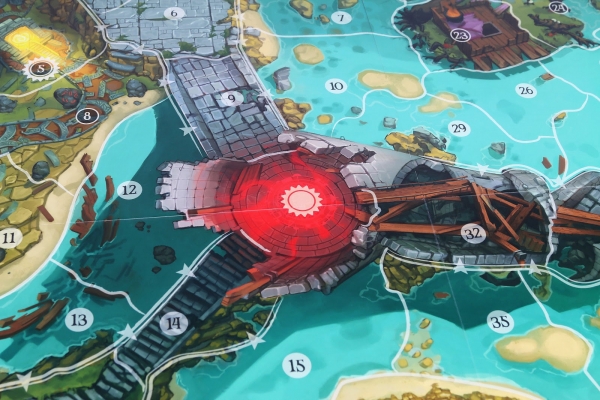 A future box, The Ancients, will introduce co-op play, for which I CANNOT WAIT. 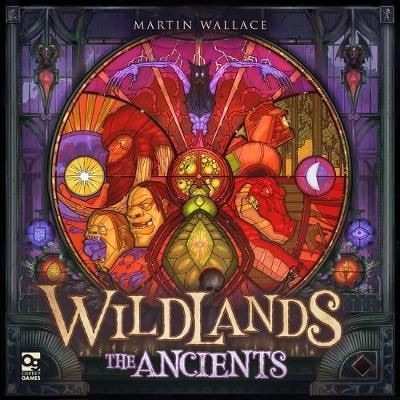 If that all seems a bit dizzying, it’s not just you. Osprey sent me everything they’ve ever made for Wildlands and it does get to be a lot deciding what to play next.

As I wrote in the New Visitors section above, just get a core box and see for yourself - this is one of the finest tactical battle games in a very crowded field, and one that I think will particularly find a home in players who prefer resource management and careful play over randomness and high drama.

So in short; a tactics game for eurogamers.

Calvin Wong has been writing for most of his life and playing games for all of it. He was in Crazy Rich Asians, thinks Netrunner is the pinnacle of board game design and worldbuilding, and is always thinking about new ways to think about games and writing.