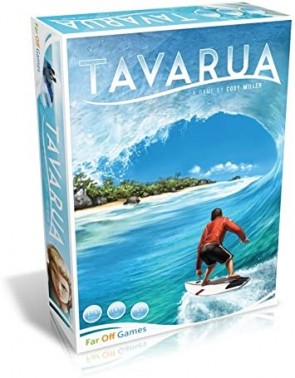 The time is right for waiting. Hands are held flat over brows to shield the eyes from the sun as everybody peers into the distance. Some have already taken their chance, bolted for the water, but the best of them know how important it is to wait. So she waits. Timing is everything, watching the shape of the waves for the moment where they are breaking in just the right way.

Then the last ones standing start to peel off, in a trickle then a rush. Feet pound across the warm Fijian sand before splashing into the cooler ocean water, a push and slide onto the back of the slick fibreglass board and then she is paddling away into the deep. The most eager push on straight into the white flower of breaking water, then there are those who hold still in the channel. Only the challenge of taking the perfect wave all the way to shore will do for them.

The moment comes and with a furious burst of energy she turns out before the rising crest, hopping first into a crouch before stepping upright. The board feels alive on the shape of the water and she pushes her bodyweight to-and-fro in order to meet its bullying shoves and remain in control. A steep surge threatens to roll her off into its rising maw so she leans forward to touch her toes to the very tip of her board, hanging on with exhilaration as she plunges down the rugged face of rushing water as it begins to loop and crest above her.

Another surfer, perhaps so obliviously lost in their own moment that they don’t even register their positioning, attempts to snake in front of her. A drop of the shoulder and a quick swing of the hips and she swerves around the challenge; her pursuer is not so lucky, and his cry of surprise is lost in the rushing tumble as he tilts backwards and falls when his board slips out from under his feet.

Now that she is inside the barrel of water she leans the weight of her crouching form backwards, her board cutting an instantly healing wound into the roiling wave that is throwing her forward at a speed that heightens her senses and makes her feel alive. She holds her arm out, tingling at the feeling of buffeting water running through her fingers, then slides out of the end of the collapsing pipe just before it consumes her, turning back up onto the now subservient wave and gliding into the trough with arms pumping the air in glorious triumph. The judges on the shoreline agree and hold up a near perfect score, but there is no time for revelry when there is still time to get back out again for another run.

Here’s to waiting. Here’s to salt spray, strong winds and deep blue water. Here’s to polished fibre-glass artfully caressing the waves, feet sliding along its slick surface and adjusting the weight of balance to keep the ride going. Here’s to Tavarua, a unique game about catching waves and hanging ten.

I lay out the pieces that represent the beach and the ocean, deep blue cresting waves on tiles that have been thoughtfully cut into wavelike shapes. These slide down the main board in conveyor fashion so that your little wooden surfer dudes can literally catch a wave and ride it into shore. Each surfer has two boards, one short and one long with personalised shapes and patterning, and the dedication to production values shows in the unique detail given to each individual element. It looks beautiful and evocative on the table and I cannot resist ensuring that my surfer is correctly lying down or standing up as and when he should be.

I deal out some cards and run through a few rounds to see how everything operates in practice. It looks beautiful and within moments the cooing interest morphs into some competition and two of us now paddle out to show off our best tricks. Daughters interest is also piqued and the pair becomes a trio, and soon after a quartet as the whole family get involved.

We have a hand of five cards, each depicting a trick move with illustrations that are redolent with action and motion. These cards have a fairly functional use when moving out into the channel, using only the number tucked up in one corner to steer out into the wash. But as soon as you join a wave they take on a different nuance. Each trick requires you to shift your balance on the board, leaning your centre of gravity close to the edges as you glide over the churning water. Go too far and you will tip over and wipeout, sent in a sprawl with tangling ripcord your only lifeline to getting back into the competition. It’s fairly easy to stay in place as this part of the game is totally under your control, however the waves want to fight back at you. Each round you will be struck by the motion of the water that will threaten to tip you over. Plan poorly or take too much of a risk and you will not be prepared for this.

The most praiseworthy part of this design is in its approach to the subject matter, in that it seeks to represent what it feels like to be surfing rather than miring itself in mechanical simulation. Your decisions are based on your confidence to navigate the changing shape of the wave and to push your fortunes in a rush for glory, chaining together a string of awesome tricks that create a visual tableau of your ride. A lesser effort would obsess over speed and positioning and rankings of player skill, but designer Cody Miller asks that all the skill in the game reside in the players sense of timing and preparedness. Your heart pulses and everybody launches into cheers when you manage to pull off a great ride, swooping through the tube of a barrel wave on the very edge of your board, and I cannot help but imagine the same emotions being experienced by the little wooden fellow who is my miniature avatar surfer.

There are opportunities for direct interaction in that you can ‘snake’ a wave from someone else, and even the attempt to do so can force them to shift off balance on their board risking a total wipe-out. There are cards that manipulate the game in subtle ways which are bought with 'Stoke' tokens that you earn from simply having a great time surfing. Hanging over everything though is the desire to outdo one another as getting better scores for your rides is a necessity; a really clever idea is that your points score translates into judges ratings so it isn’t simply enough to score one more point than the other players, you have to keep pushing a little bit further to hit the next rating level. In effect, the amount of points you have to score to gain victory increases as you rack them up and so directly does your boldness. This creates some interesting moments with players either shooting the moon or wussing out at the very last moment in their attempts to become the hero of the day.

The victory condition is a refreshing take on a VP race. Your two best scores on each board are converted into a rating from the panel of judges, and the leader in each discipline is rewarded with a trophy. Only one of those two trophy holders can receive the grand prize which is handed out based on their rating in the other discipline that they did not win. It isn’t enough to focus hard on one part of the competition as your score in the other also needs to be good, demanding you to assess when you feel you have done enough on one board and should switch to trying to squeeze out just half a rating more on the other.

It’s a fun and intuitive game and we play for far too long before having to finally pack it away. The following day it’s the first thing that is asked for in the evening; later on that week I tuck it under my arm for club night and it likewise goes down a storm. Despite being a bunch of Groms we have, it seems, found a new favourite pasttime.