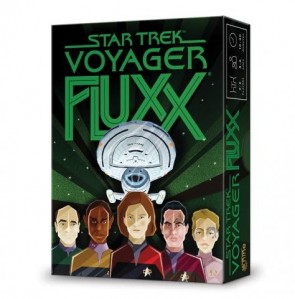 Turn up the Fluxx Capacitor three more Doritos! (Checks to make sure mashing Rocky Horror and Star Trek together hasn't created a catastrophic energy wave and catapulted any ships into the Delta Quadrant...nah, we're good).

Janeway: Was there something else?
Chakotay: Yes. Like it or not, it seems we're in a situation where the rules have changed. And maybe, if we're going to survive out here, we have to start changing too.

The game of ever-changing rules and goals colliding with the Star Trek: Voyager franchise was easy to see coming, even if your sensor array was down. Using the same art style and look of the other Star Trek Fluxx releases, Voyager finally has it's turn to get the Looney Labs treatment (Slightly ironic since Voyager actually has an episode titled “State of Flux”).

Whenever I play Star Trek: Voyager, I always try to get the Seven of Nine Keeper, for the simple reason that I just dig her sexy Darth Vader-type vibe. And that is part of the fun of the intellectual property versions of Fluxx, it is really not going to hinder you if you play favorites. If I want to seek out the Hologram Doctor so that I am required to say “Please state the nature of your medical emergency” every time I play it in front of myself, I can. 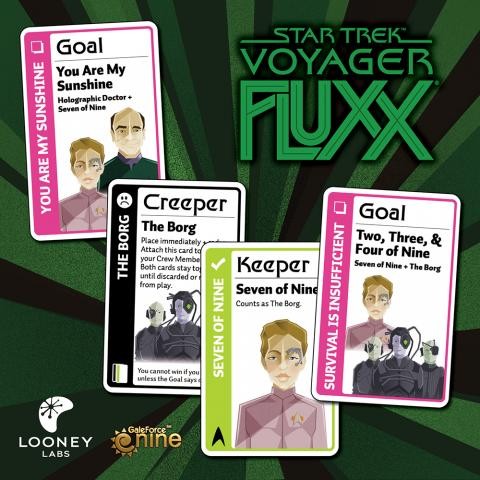 Star Trek: Voyager Fluxx “suffers” from this same issue as the Doctor Who Fluxx game: There are just so many characters included. (Which is kind of strange because I don't get that feeling with, say, Firefly Fluxx). Of course, all of those keepers allows it to hit on many of the high points of the series: Future Janeway and the appearance of the finest organic suspension ever devised all made me smile. 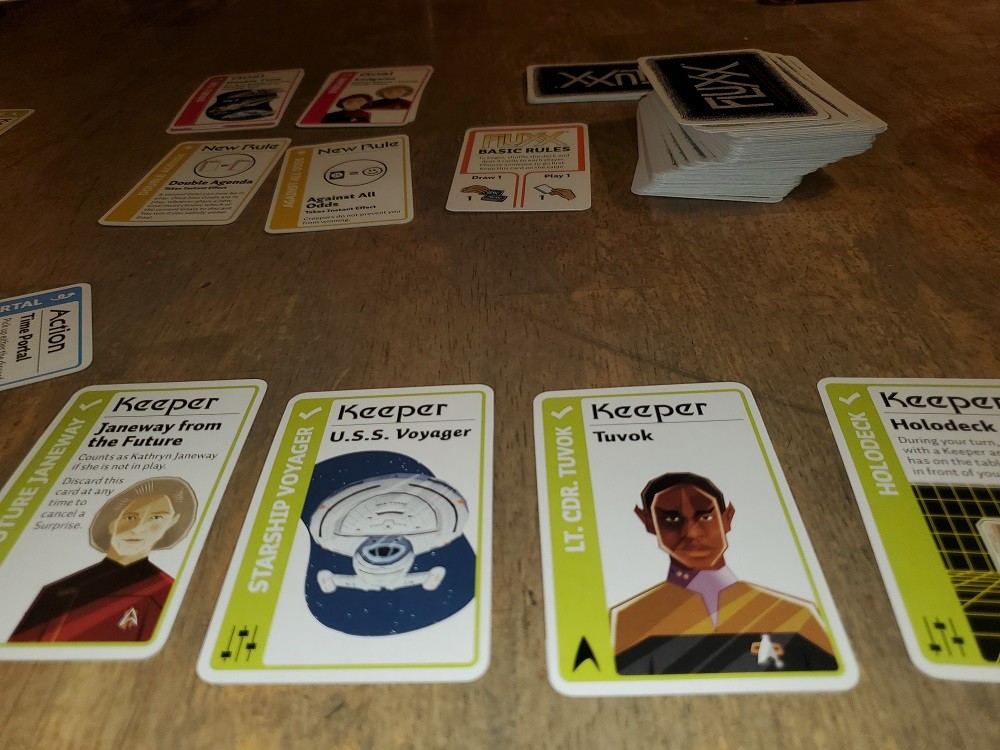 Is there such a thing as an Overpowered Fluxx card? This release actually made me ask that question. If you have the transporter keeper card and the action card “Beam us up!” comes up, you get to put EVERY crew card on the table into your hand. Of course, having rules like Only Three Keepers on the table or a hand limit restriction can lessen the blow of this “Fluxx” when it occurs. Still, having almost a dozen keepers in front of myself after nailing this felt a bit off. Also, the rule that states that Creepers don't stop you from winning has the same general feeling of OP but, in that case, it is a rule that impacts everyone equally. 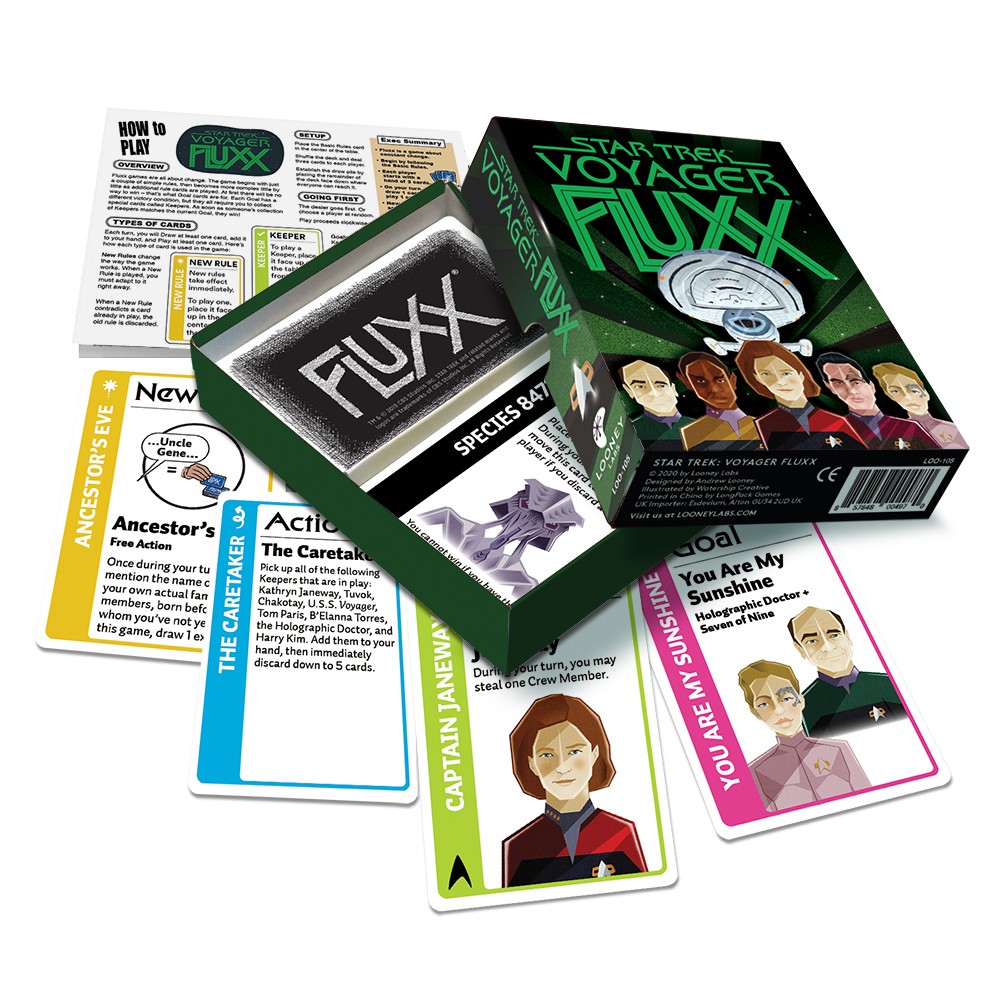 If you are a fan of Fluxx and Fluxx's ever-changing rule set, Star Trek:Voyager Fluxx will slide effortlessly into your collection. Combine it with the original Star Trek Fluxx and Star Trek: TNG Fluxx to recreate those one-shot cross-overs. Hell, combine it with Deep Space Nine Fluxx for that crossover no one ever wanted. Love it or hate it, it's still Fluxx...only powered by the adventures of the USS Voyager.

December 06, 2020
Rating
3.5
Star Trek: Voyager Fluxx
If you are a fan of Fluxx and Fluxx's ever-changing rule set, Star Trek: Voyager Fluxx will slide effortlessly into your collection. Combine it with the original Star Trek Fluxx and Star Trek: TNG Fluxx to recreate those one-shot cross-overs. Hell, combine it with Deep Space Nine Fluxx for that crossover no one ever wanted. Love it or hate it, it's still Fluxx...only powered by the adventures of the USS Voyager.
W
WadeMonnig Top 10 Reviewer 195 reviews