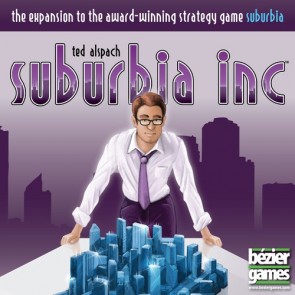 Suburbia Inc. builds on the foundation of Suburbia by introducing two new mechanics, and a slew of new buildings. Let's open it up, and see what's inside.

Welcome back to the neighbourhood

There are three welcome additions added in this expansion: Border Tiles, Bonuses & Challenges and New Buildings.

The most impactful addition is the Border Tiles. Physically they are long and obtuse, but in terms of point generation they are incredibly powerful. Only one side of these Border Tiles can be built against, so placing them requires careful planning, or else you could end up cutting your city in two.

The second addition comes in the form of Bonuses & Challenges. These are public objectives set up at the start, and give you objectives to complete during the middle of the game. Thereby eliminating one of the weaknesses of the original game., where you would often find yourself in front with all of your personal secret objectives and then go:

Bonuses & Challenges are the what. Getting them over your opponent, or making sure your opponent doesn't get them can be game changing. As the boons rewarded for completing the objectives are very enticing, and usually make up for any sacrifices needed to get them.

Then there are the New Buildings. In the original edition of Suburbia, these new buildings were enough to round out the pool of tiles. However, in the Collectors Edition, they've changed the rules around using these expansions. They're now asking you to add and subtract tiles instead of just adding the tiles. 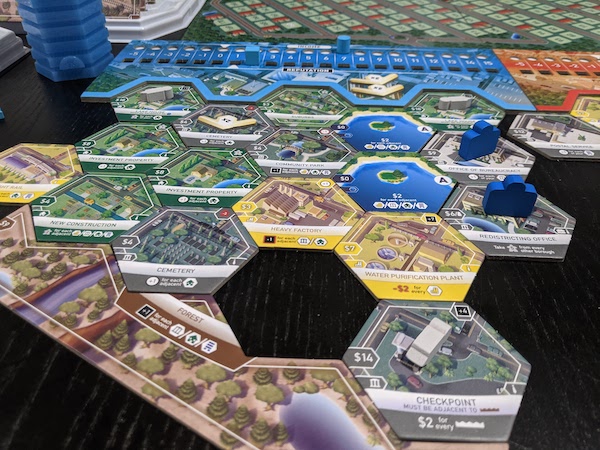 Bigger & better than ever

If you own Suburbia, then Suburbia Inc is a must.

Suburbia Inc is the special sauce. As while all the above additions are fantastic, they've also challenged the initial design of Suburbia. Allowing for more risk and reward changes. In turn allowing for comebacks and drama. Given my Netflix binging habits, it turns out I loooove drama.

One of my favourite examples of this change in design is the Water Purification Plant: which gives +7 reputation but -2 dollars for every yellow tile in existence. Allowing people to come rocketing back into the game, often to their detriment as they cross so many red lines sending their income plummeting. Knowing when to pull the trigger on such a tile takes the game to new places, which I really appreciate.

I'm not going to continue to beat up this expansion. It's brilliant. It ups the excitement on an already fantastic game, and turns it into one of the best games I've ever played. I love Suburbia Inc!

August 10, 2021
Rating
5.0
Suburbia Inc
Not often does an expansion take a great game and elevate it beyond it's original to such an extent as Suburbia Inc. It's one of the few MUST HAVES if you own the original.
D
DavidNorris Top 50 Reviewer 10 reviews