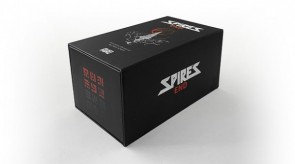 Stark, enigmatic, and monolithic, Spire’s End is one of the best-looking games I’ve ever seen. The absolutely stunning black, white and red artwork from Benjamin Wieseman brings this choose-your-own-adventure style solo card to life in a way that is arresting and unexpected. Gregory Favro’s design work is simple and effective, coming across like a modernized and more nuanced take on the classic Fighting Fantasy format with a branching narrative that plays out over 108 large format cards. But the real treasure is in how Favro and Wieseman do something that I am continually pleading with tabletop game designers to do – they use the medium and this format to create an entirely new world for us to play in. 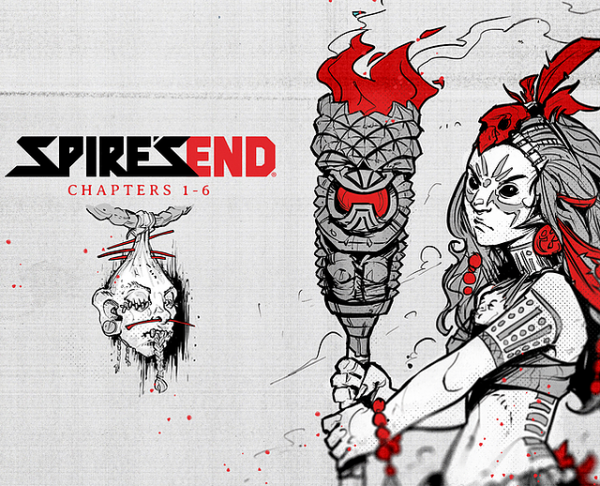 Fantasy games too often lean on tropes and worn-out concepts under the excuse that familiarity begets accessibility. But Spire’s End is a game that feels Appendix N alien, artfully remote, and yet with enough hooks to draw in any audience. This is a world where Killcows and SIlkweavers are tasked with exploring the mystery of a massive drill-like spire that has emerged in their village. This game doesn’t throw a bunch of random junk enemies at you, each encounter is a carefully designed, unique boss-level fight with different formats and rules modifications. Every loot item is unique and may or may not be absolutely critical further into the chapters in an unexpected or exactly as you expected way. Every decision feels dangerous, the stakes are always high, and you never know when you are going to wind up at one of the game’s many, shall we say, undesirable endings. 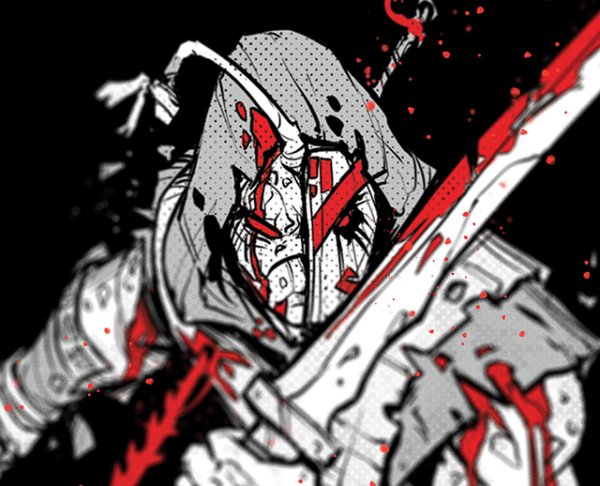 The pathways through the six chapters are winding and in each playthrough It’s a delight to see where the story goes. I’m not spoiling any of the details, you need to reveal them for yourself. But be prepared for some really fucking weird stuff. There’s body horror and surreal monsters. Strange artifacts and monuments. Sudden, horrifying death. Some of it is haunting and eerie. Some of it is gruesome and ghoulish. It’s grim and dark but not really grimdark – there’s as much a sense of wonder as there is a sense of doom.

Mechanically, the game is simple. There’s no rulebook. Everything is spelled out across the first few cards in the deck. You randomly draw two Ally cards, which feature some of the best character illustrations I’ve ever seen. Each has an HP and Armor value and a few Action bars. In an encounter, you spend HP to activate one of the Action bars and these give you a range of effects that can occur on a D8 roll. There’s raw damage but also statuses and knock-on effects. Characters also have a Recoup line to recover some HP every round. 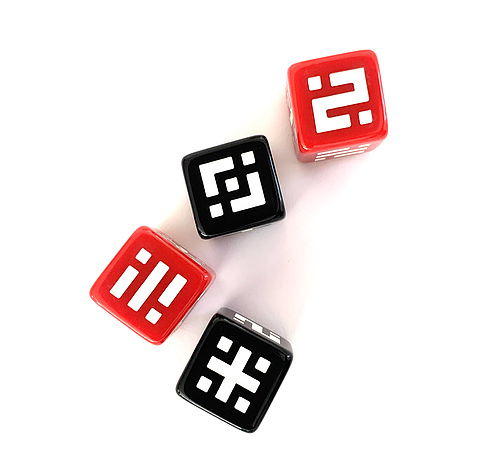 What’s neat about this system is that it inevitably wears your allies down. Spending HP to get the more powerful actions against a foe might wind up with an Ally dying, but not before they get a final Death Move. And then, you draw a new Ally to replace them. Aside from the story-driven decision points, some of which require die rolls or checks to see if you have specific items in your inventory, you are always making life or death decisions. HP values are low, the Allies are fragile and have subtly different capabilities so there’s somewhat more weight here than in similar games like Escape the Dark Castle. It’s really a quite minimal design overall but it makes time for some levelling up, which gives the storyline a more dynamic sense of progression.

I played through the full game five times, which is roughly equivalent to reading a Fighting Fantasy book five times. The first two games were magical. The sense of discovery was wild and I was absolutely compelled by the atmosphere, storytelling, worldbuilding, and easy but nuanced gameplay. But by the third and fourth game, the dread specters of Anticipation and Expectation showed up and I wasn’t quite as thrilled to find myself in similar pathways or knowing when to not do certain things. The combat started to feel somewhat tedious, but only because I was experiencing it in such a concentrated volume.

Inevitably, the question of replayability is going to be asked by someone reading this and to that I have to replay “eh?” This really isn’t a game meant to be played into the ground, especially over a short period of time. It’s a game to play through, savor, and put away. Maybe for years. Come back to this mysterious, cryptic black box in 2025, 2030, and I can guarantee you that magic like what I felt will be back, even if you play it today in 2021.  You can’t measure this game’s value by how many hours you play it or how many times it hits the table. You measure its value as a singular impact, like reading a novel or viewing a work of art for the first time.

In comparison, I think back to Nate Hayden’s Mushroom Eaters. It’s a game that had an absolutely profound impact on me, it totally rewrote the way I look at games. It was one of the most moving and beautiful experiences I’ve ever had playing a game. But I played it exactly one time. I never wanted to touch it again for fear that it might reveal itself to be just another game in the pile, that I might exhaust its wonder. I feel like this about Spire’s End, my focused attention on it made me all too aware of its limitations and boundaries. I almost regret playing through it more than once so that I could be left wondering what else was in this strange little box, what stories I left untold, and what mysteries were still unrevealed.

sornars replied the topic: #325834 19 Aug 2021 12:53
I enjoyed my single play through of Spire’s End but I quickly saw it as a one and done experience and moved it on. I considered keeping it around for the beautiful art but I realised that I’d be better served letting someone else experience something like my first game rather than try to recreate the magic for myself. I appreciate this for what it is, a fresh yet not revolutionary take on old game books. The production is of wonderful quality.

The creator has recently ran a Kickstarter for a sequel of sorts set in the same world called Hildegard and I liked this enough to go in for that as well. That one is a bit less dark in its art and is aimed at a slightly younger demographic.
Read More...