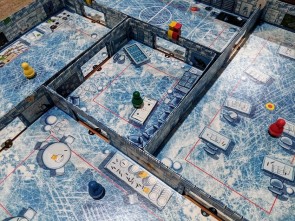 So you're a delinquent penguin, running around the school halls instead of attending class. Looks like you might be skating on thin ice.

You're a penguin on thin ice

ICECOOL has you playing as a naughty penguin. Instead of staying in your seat to learn about fishing, mating, or migrating, your penguin has "gone to the toilet." Now the hall monitor is onto your shennanigans and out to catch you.

In this game of joyous frustration and dexterity, you slide, spin, and roll your way around the school collecting as many fish as you can. While evading the dastardly dedicated hall monitor. Each round, the hall monitor-ship is passed from player to player until everyone has had a chance enforcing penguin law. Then, the penguin with the most fish at the end of the game is declared the ice coolest.

This silly theme is evocative of the fun you'll have playing the game.

It's hard to keep a straight face when you have four adults hovering and moving around the board as though it was a gift shop miniature pool table. But once you get over the reality of flicking flightless birds around an ice school (or ICECOOL, get it?), you'll be oohing and aahing with the drama of each shot. 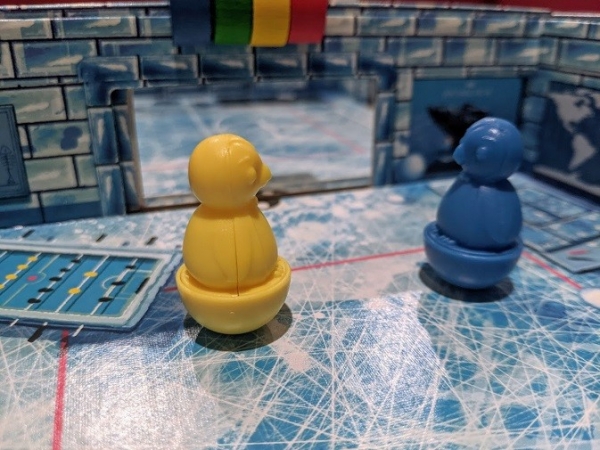 ICECOOL and its accolades

I'm a bit late to this party, and ICECOOL has won as many accolades as a hill-billy has teeth. Probably more.

So why all the praise?

It all comes down to the penguin piece, and how it consistantly breaks the laws of physics. It's weighted with a ballbarring at the bottom, and acts like an inflatable clown punching bag. Swinging back and forth, taunting you to hit it one more time.

This allows all sorts of interesting intended, and unintended mechanics.

This range of movement is extremely fun to play around with. It allows you bring your imagination into the game. As there's always more than one way to make a move; and no move is impossible. You'll be making shots that feel like you should be playing billiards for money. It's this feeling of doing something cool, which will pull you back time and time again, as you discover new ways to exercise your skills. 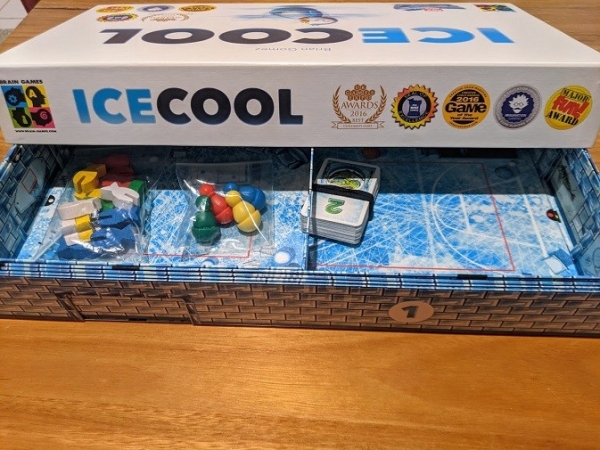 The hyperbolic time chamber - aka my house

ICECOOL is a game of skill, rewarding you with expertise for every penguin you flick. Because it's so fun to pull off interesting shots, you'll want to get better at a faster rate than playing once a week. So you'll play with your friends. Then you'll practice at home while you're alone.

This will widen the skill gap between you and your friends, and while it won't be noticeable to begin with. Over time, the games will become lopsided. Creating a great experience for you, and a frustrating one for your friends.

This isn't a unique problem to ICECOOL, as it's player dynamics than the game itself.

You need someone you can play with consistently, and have similar skill levels. Or a competition to look forward to. Otherwise the game becomes a white wash, and no fun for anyone.

Not having that companionship, and being only able to play once in a while hindered my time with the game, making it less interesting than it otherwise should be. Leading me to believe ICECOOL as a great game for siblings, or a competitive family board game night. But when you're bringing it out once every month or two at your regular game group. You don't get that full experience of penguin mastery.

Instead, you might find one person who's better than others, and dominates. Then without practice time afforded to everyone else at the table this becomes the status quo. Until people no longer want to play. 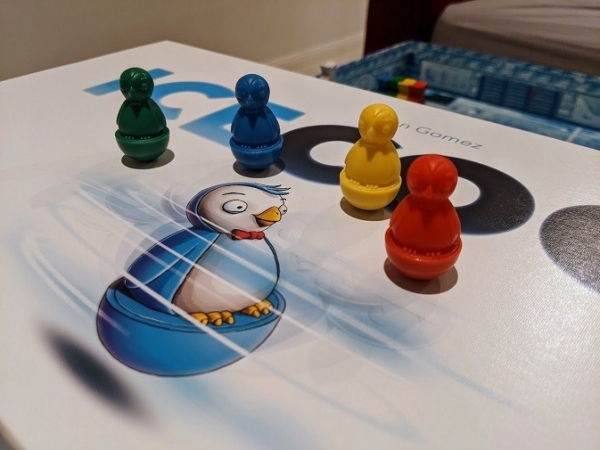 ICECOOL is catnip for kids

The opinion of my almost-four-year-old son is something else entirely. In one word it is PENGUINS!!! In other words, it's LET'S PLAY. He doesn't even know the rules and doesn't care, he just likes sending the penguins down the ice like a retired curler.

For kids, ICECOOL is a toy, and they won't fuss themselves with good and bad penguin pushing. They'll have fun regardless of fish, and just enjoy the thrills of the machinations of the penguins. Which is exactly what you want out of a game for children. 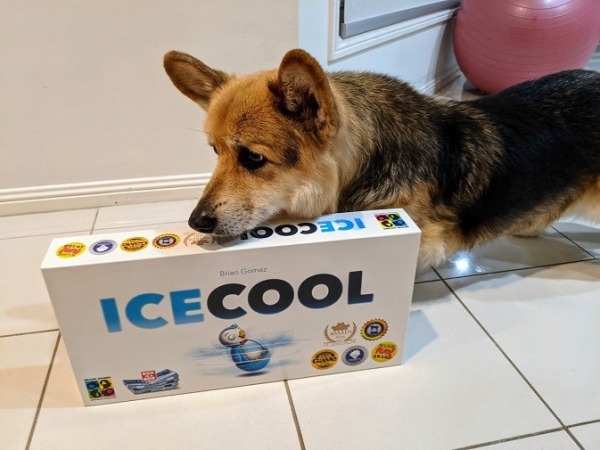 September 08, 2021
Rating
3.0
ICECOOL
A great game of flicking flightless birds. Unfortunately, more of a novelty than a mainstay of any board game night. That is, of course, unless you have kids in which case they will eat this game up like it's chocolate cake!
D
DavidNorris Top 50 Reviewer 10 reviews