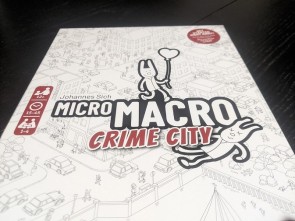 You're a detective in the middle of The Purge. Time to start solving cases!

Every corner you turn is a new opportunity to be mugged, drugged, or murdered. Think St Louis Missouri, or Fortitude Valley if you're a QLD local. Amongst this backdrop of crime, you're starting a new a job as detective. Through 16 separate cases you'll test your eyesight and deductive reasoning trying to clean up these streets.

To get the obvious comparison out of the way MicroMacro: Crime City is Where's Wally for adults. You look at a map chockablock with people and objects, and then tasked to find a specific one. This map serves as both a map in time as well as space. Where you'll find the same person in multiple locations. And by following them from one activity to the next, you'll piece together their timeline of events.

A timeline usually ending with someone dead.

With each scenario taking roughly 10-30 minutes. MicroMacro: Crime City is easy to pull out, play, and put away, making it a perfect bookend for a board game evening. Although, you might be unable to resist playing through another scenario straight after. 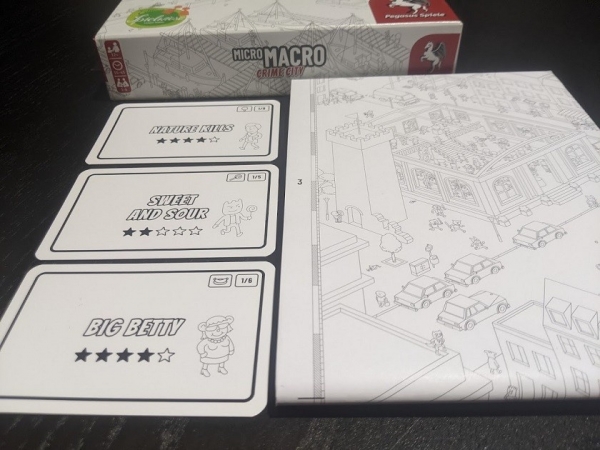 MicroMacro: Crime City is at its best when you're unraveling the story of the case by using both your eyes and your mind. Where the information provided allows you to deduce the next clue, and it becomes more than hunting for a needle in a haystack.

For example, the game might ask: Where did Joe Schmidt go after the market?

To answer, you need to track back over Joe Schmidt's activities, looking for anything pointing to his next location. In this made up scenario, he went for a run first, then a swim, and there's triathlon trophies in his house.

He must be headed for the bike track!

Every person I've played MicroMacro: Crime City with has had a similar moment of illumination, and jubilation as they piece together the mystery. It hooks them, as it hooked me, and provides the same thrills garnered from a detective novel. Which goes to show how many words this picture is worth.

Speaking of the art; it fantastic. Its overly cheery tone takes the edge off of the dark subject matter of murder, extortion, adultery, and even suicide.

But more impressive than the aesthetics is the painstaking details put into each character. As even though, with three or more people crowding the table it becomes hard to follow the main story line, you're still able to enjoy following individuals around the city, and the hijinks they get up to. 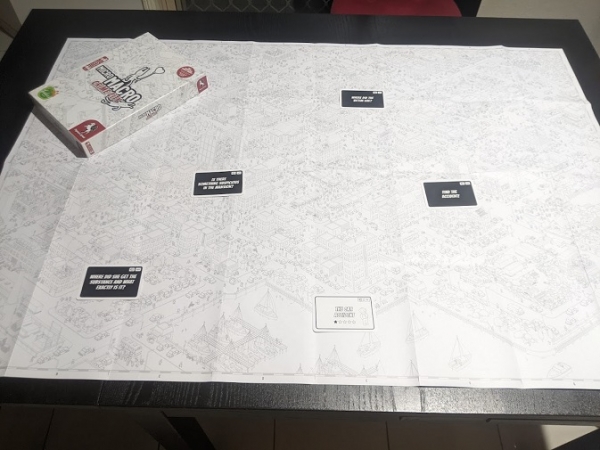 The one thing I missed from MicroMacro: Crime City, outside of a protective layer to guard from errant sneezes, was the big reveal.

The ending of the last case is the same as the first:

And this was a bit of a let down. There was no finality to it. No evil mastermind, no secrets to uncover, not even a well done on solving every case. Instead, there was an emptiness where I expected the end to be. And without this full stop, part of me still wants to play the next scenario but am disappointed I cannot do so.

Still, MicroMacro: Crime City is phenomenal, and worth picking it up to play alone, or with friends. Even if there's not much to do once you've finished the game, you're always able to pass it on to a friend. So they're able to share in the experience.

However, if you've finished all the scenarios and are looking for similar experiences, Sherlock Holmes Consulting Detective replaces the map with a choose your own adventure style book. Or, try a range of the escape room games such as the Unlock, or the Exit series. 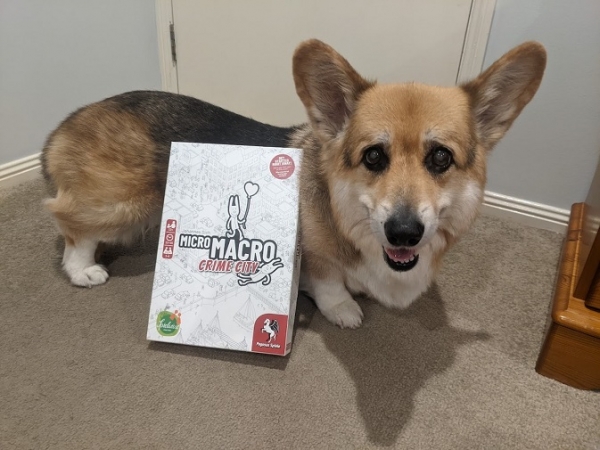 Thanks for reading. Visit Roll to Review, where I'm ranking all games I review. MicroMacro Crime City currently ranks 17th out of 79 games.