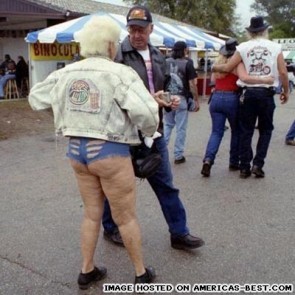 Well it’s been a while since I did one of these, but I noticed that they have an understandable habit of generating recommendations for me to check out. After all, if I’m going to paste my taste up on a public billboard somewhere it’s inevitable that people who agree with me will urge me to take a look at other films or books that they’ve enjoyed, and that those who disagree with me will urge me to perhaps have another look at something else by a favoured author or director they love and I don’t in order to help teach me the error of my ways. Indeed I’ve collected so many of these recommendations that I thought I’d devote a whole trashy old shorts piece to feeding back on what I thought of your suggestions and to heap praise on those whose taste has proved excellent, and to heap curses on those who’ve had me wasting my time with rubbish. And it’s rubbish that we’re going to start with, in more ways than one.

After my repeated rubbishing of George R. R. Martin’s Song of Fire and Ice series in these columns a few of you suggested I take a look at some of his earlier work, specifically the vampire novel Fevre Dream and, being an open-minded sort, I did just that. I found it pretty interesting to compare the two because the authors’ style is stamped very heavily on both novels. Both are technically well-written page turners and both feature Martin’s trademark willingness to suddenly have major sympathetic characters meet unpleasant and violent ends which makes a refreshing change from the predictability of most fantasy novels. However, sadly, I also found they also shared similar flaws. There’s a marked reliance on other inspiration for imaginative source material, for starters, Anne Rice’s vampire novels in the case of Fevre Dream with which it shares, tone, setting and even the name of one of the characters although I’ll allow that Martin’s vampires are rather more creative than his take on stock fantasy. Fevre Dream and Game of Thrones also both share a structural peculiarity of building into a crescendo and then falling flat when the author doesn’t seem to know how to, or perhaps want to, actually end his novel. The result is repeated apparent endings that don’t actually conclude anything and just chain in to the next attempt at finishing the book. When the actual conclusion comes it’s both a relief and an anticlimax. Fevre Dream suffers particularly from this problem as a number of early hints as to where the plot might be going end up never being resolved, and it features a peculiar penultimate chapter that spans a decade for no apparent reason, and so it ends up being a hugely unsatisfying book. Sorry, but I won’t be wasting my time with Martin again.

Another author that the folks here suggested I give another try to was Iain M. Banks after confessing that I loved The Player of Games but found his other culture novels to be mildly engaging but rather overworked. You suggested I have a go at Consider Phlebas, his other early culture novel, and so I did. Consider Phlebas is a curious amalgam of Banks’ hyperactive and exceptionally morbid imagination (which is usually more fully on display in his non sci-fi work) and old-fashioned space opera. The result is a plot which acts more as a loose wrapper for a number of detailed, spectacular and sometimes brutally harrowing set-pieces such as a card game tournament involving addiction and the taking of human life being held on a collapsing giant orbital hours before it is due to be blasted out of the sky by super-weapons. Banks’ skill at handling pacing and descriptive prose makes these astonishing sights come to life in the imagination and intersperses them with periods of slower downtime. Sadly his handling of character isn’t so masterful and although the protagonist seems well-rounded and believable, far too many of the support cast are cardboard cut-out stereotypes. Loose as the plot is though, it works, and it facilitates the intellectual message of the novel which is ultimately as bleak as some of the grim set-pieces which go into its making. It’s a great effort though, far more accessible and less waffle-filled than most the other culture novels that I’ve read, partly I suppose because much like The Player of Games, most of the plot is only tangentially related to the culture itself.

In return for all the love I’ve given to Cormac McCarthy in my trash short pieces, I got a suggestion to try out the debut novel of doom-music merchant Nick Cave, And The Ass Saw the Angel. As anyone with as passing familiarity with Mr. Cave’s music might expect it’s a very, very odd book concerning the terrible events that unfold when Eucrid, a mute, psychotic redneck has the bad luck to fall in love with a young girl that the rest of the town have come to view as a religious icon. The most striking thing about the book - and here paralells to McCarthy are fitting - is the extraordinary imagination and quality of imagery that’s gone in to building up the horrific, stifling atmosphere of Eucrid’s world, a world in which it rains incessantly, animals are tortured for fun and in which Eucrid’s perversions are little, if any, worse than the self-righteous behaviour of the supposedly upright townsfolk who look down on him. You might expect as much from an experienced rock lyricist and the author doesn’t disappoint: this is a grim, unsettling novel which paints vivid pictures that will brood nastily in your imagination for a lot longer than you’d really want them to. It’s also worth noting that unlike a lot of other supposedly freaky novels, this one manages to deliver its shocks within an entirely comprehensible plot and narrative structure. However, beyond a thin exploration of the tired old theme of religious hypocrisy, I found the deeper elements of the novel bypassed me completed. Other reviewers seem to have discovered important philosophy and meaning behind the brutish facade of this story but either due to inattention, or perhaps because of a lack of preconceptions of what I’d find on my part, I didn’t see much past the surface of the narrative. Definitely worth reading for its sheer weirdness, but not a novel I can ever see myself revisiting.

A book which wasn’t directly recommended to me but which nevertheless belongs here because I picked it up after seeing it discussed repeatedly on the forums is Hussain Haddaway’s translation of Tales of the Arabian Nights. I found even the lengthy introduction to this fascinating: did you know, for example, that almost all of the best-known tales from the Nights such as Sinbad, Ali Baba and Aladdin were not actually in the original collection but were added by later editors from other strands of Arabic and Indian folklore? As such you won’t find them in this translation of the core set of tales, but there’s still plenty to stimulate interest. As someone who has pored over translations of Celtic and Scandinavian myth in the past, the most striking thing I found about this book was how modern the stories seemed by comparison. With European myth it’s generally obvious that you’re dealing with something very archaic but the subject matter and language here seem remarkably up-to-date, with only a certain repetitiveness of structure betraying their ancient origins: here you’ll find early examples of the whodunnit mystery, science fiction and horror. I can’t comment as to whether this is down to the skill of the translator (although it’s a shame for us geeks that he renders virtually every supernatural being in the book, be it Djinn or Ghoul as “demon”) or the skill of the original author but it does makes the book very approachable. However it’s a very long book, running to over 400 text-heavy pages and since it’s still basically ancient myth it’s a tough ask to digest it back-to-back. Unfortunately one of the most interesting aspects of the structure of the book, that it often features characters telling tales within tales told by other characters and so on, makes it quite hard to break down into manageable chunks. Still if you can put the time and effort in this remains a worthwhile and rewarding exploration of another culture, and an excellent introduction into mythic literature if you feel like you might want to dip your toe into the great historical pool that contains famous epics like Beowulf and The Odyssey.

So, as you can see I appreciated the bulk of the recommendations I was offered. Thanks - and keep ‘em coming!