The Function of Criticism 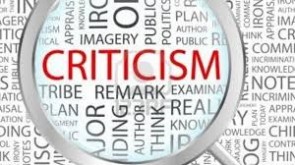 It’s rare that I hear about a game and decide that it’s a must-buy. Rather, I prefer to wait, see what the community consensus is, read some reviews of the game and the rules, then make a decision. Often, however, it’ll be one paragraph, even one sentence that makes me choose one way or the other. Often, I ask myself why I bother

A lot of people don’t choose stuff this way. There’s much more of a tendency to impulse buy. And if you read a lot of the comments that people make on game reviews you’ll notice something else. A lot of the commenters have already played the game in question. They’ve come to the review to validate their own opinion, or to disagree publicly with those of the reviewer. Which makes me wonder what the actual purpose of a review us? Or indeed, whether what people want from a review is the same as what reviewers believe they want?

I’ll tell you what I want from a review. I want to get a sense of what a game feels like to play, what the experience is like, what sort of emotions it engenders. I like a bit of logistical information too and I want a clear reviewer's slant telling me whether they think it’s a good game or not, and why. I think you can do all that and still give people who might disagree enough information to help them decide whether they might like it.

That’s what I’d look for, and so that’s what I’ve tried to provide in my reviews. I’m not sure I succeed: it's too easy to get sucked down into the mechanical detail to explain my opinions, but I try. And however I assess my own work, I do think it’s better than a lot of other stuff out there. Most of it seems to boil down to some mixture of verbatim instructional re-write, comedy value or “New! Shiny! Awesome!”

There’s a reason for this. Our own Michael Barnes has been saying for years that professional criticism in games is a new phenomenon. Given there's almost no professional coverage, in fact, a stubborn celebration of amateurism has become the norm. Without a professional attitude, you can’t have the self-examination necessary to ask what the purpose of a review is. And without that, it's hard to know how to go about improving it.

If you turn to the more mature formats of books, films and plays, there's been plenty written on the purpose of criticism. Given the subjective nature of the material, there's little agreement. At the heart of the discussion is the tug between wanting to help and inform readers whilst not preaching to them. A games reviewer hopefully knows more than the majority of their audience and so is able to opine in the context of history and industry. But equally, taste is subjective, so why should a little education and eloquence give reviewers the right to dictate quality?

A common answer is to say that criticism is an art form in and of itself, so has no rights or wrongs outside the eye of the observer. It's a neat solution, but unsatisfactory. For starters, it's circular: if the work of a critic is itself art, then that makes the criticism a valid target for other critics and so on. And it turns the subject into a closed circle which is liable to stagnate and become useless and impenetrable to outside readers. This is the story of the modern art world which has become entirely aloof from the general public. It also comes no closer to answering our initial question. And when it comes to games there’s another problem, which is the question of whether we should treat a game as art.

This is a complex question. I used to argue that all game design is mathematical, and that makes the status of games as art dubious. But with advances in modern design leading to emergent theme and player collusion, it's now an open question. Arguably politicised games such as Labyrinth and story-telling games like Once Upon A Time blur the boundaries into grey.

But if some games are art, it doesn’t mean they all are. Take the chapters in American Psycho where the narrator offers an in-depth analysis of rubbish pop bands. But if even some games are art, then perhaps it's valid to review them through that lens. After all, it's possible to write a compelling review of mass-market rubbish while contrasting it with better examples. That's because both, ultimately, spring from the same source.

Cinema critics ply their trade by doing exactly that. And if true, maybe reviews can never be truly helpful in guiding people toward relevant purchases. I’ve struggled to address the question of how best to do this against the amorphous nature of gaming and the wide spectrum of audience taste. A lot of art critics don’t feel that advising readers is a key part of what they do. So perhaps leaving the pretence that reviews exist to help consumers choose is necessary for the medium to mature.

But if we’re not in the business of giving commercial advice, why are we here? The process of writing helps get my own thoughts into a coherent, sensible order, explore them and see where they lead. That's very insular as a purpose for something intended for a wide audience, but reading a review might serve the same function. It can bring clarity to the jumble of concepts that arise as we play and think about games. If posted online a review can also engender discussion, leading to new avenues of opinion to explore. In extreme cases that might even spark new ideas among industry figures.

Editorial content, however, can achieve these same goals. Arguably it lacks focus in comparison to a review to a specific product. But that alone seems a poor reason for reviews to exist as a separate concept. You’d get the same effect sooner or later from a succession of opinion pieces.

What, then, if we ask what makes a review distinct from a less focused editorial? The answer is in the question: focus. By forcing the writer to concentrate on a specific thing, opinion changes into an analysis. Instead of offering vague thoughts, they have to anchor their opinions in reality, provide evidence and reasons to back them up. I imagine most folks are familiar enough with tabloid journalism to appreciate the value of rooting opinion in fact.

Furthermore, because analysis focuses on individual games it engenders better quality, concrete discussion. The sort of feedback a publisher can react to, use to improve their product. Reviews and criticism should entertain and inform readers. But their most important purpose is their ability to push the envelope of design, development and publishing.

There remain ongoing furores over the lack of creativity in a design world dominated by Kickstarter. This suggests that without critics starting meaningful discussions around the subject, the industry has little hope of delivering improvements for their own sake. But sadly, the current poor state of reviews on far too many outlets has little chance of managing to make that difference. A succession of incidents in video gaming and content show that fans still wield most of the power. And the ugly results of those clashes explains why it’s not always desirable for fan power to win over artistic integrity.

I suspect that the answer to my original question that we have arrived at is a lot less interesting than the journey we took to find it. Which highlights the final point I want to make. Although game reviews share common ground with the critique of high art there is a long, long way to go before we can compare them on the same level. But there is hope that one day, we might. And in the meantime there is scope in the exciting process of forging this new art, there is room for us all to contribute. To help shape whatever it is that rises from the flames into something we can hold up and be proud of.

You can read some older thoughts on game criticism from the author here and here.