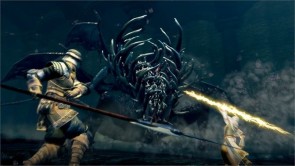 For as long as I can remember, from my earliest childhood, a huge part of me has been drawn towards escapist activities and creative play that contained a sense of agency and interactivity. A flight from the chocolate box uniformity of suburban life and rote learning for vocation.  From the dog-eared pages of Choose-your-own-Adventure books to the endless playspace of a bucket of Lego and on into my nascent dabblings with red box era 80’s D&D, there’s been a constant desire to create stories and interact in worlds of myth and places of ‘other’ to which I keep returning. And I know I’m not alone.

The urge to tell and be told stories is a universal human theme, and one that we have become increasingly divorced from as our recreational option skew ever more passive.

Recently this urge has manifested itself in an unexpected fashion that has gripped me like quicksand.

For a lot of people- the increasingly lifelike worlds of videogaming have provided this escape. I too have been enamoured with the possibilities of this medium, ever since our third-grade glass got to collectively shape the teacher’s decisions as she guided us through the seminal ‘traumatise-em-up’ Granny’s Garden on the School’s BBC Micro. But there have been a couple of instances where I have bounced hard off this hobby. 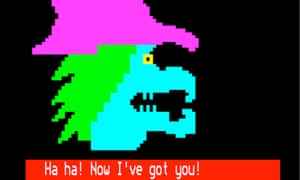 The first was in the wake of Dark Souls. Dark Souls was a game that so consumed me that in its aftermath all other games seemed wearyingly trite and unrewarding. By crafting a world so demanding and immersive the fabulists at From Software had raised my set of expectations to such lofty, perilous peaks that the next game into my rotation, the otherwise much-vaunted ‘Skyrim’ utterly failed to clear them.

Eventually I found my way back into the gaming space via the innovation on display during the indie renaissance empowered by digital distribution, but again I would come up against a title that raised my sense of what was possible in the realms of ‘play’ and has once again engendered a sense of malaise and apathy when I contemplate the newest digital distractions on offer.

That game is called ‘Gloomhaven’, and I’m not talking about the PC adaption.

There is no question that we’re living through a golden age in table-top and board gaming. The burgeoning ascendancy of this hobby is making waves everywhere, from outpacing videogames to become the most funded projects on Kickstarter, to the emergence of a raft of ‘board gaming cafes’, conventions and even media personalities.  Ever increasing waves are discovering the joys of ‘going analogue’ as the medium evolves, the tired stigma of geek-dom is further erased and, perhaps most crucially, in a world dominated by screen-time we rediscover the atavistic joy of simply hanging out with friends.  It’s a bandwagon that is gathering momentum with a dizzying insistence.

And strangely enough- it was Dark Souls that led me here too. The Dark Souls boardgame isn’t that flash. It was my first ever kickstarter experience, I’m still waiting on my stretch goals and the game itself is a bit of a middling affair that largely fails to capture what made the original game so white knuckle-compelling.

However, it did somewhat normalise the idea of welcoming large boxes of cardboard and plastic into my house and made me ponder the possibilities that this kind of experience could bring.

I had played a lot of board games in my youth, titles such as Stratego, Talisman, Horror House, and of course the horrific staples of Monopoly and Game of Life et al. The titles that lead so many to unfairly malign the entire genre as they’re beset by memories of equal parts family destroying aggro and anus loosening tedium.  But I’d heard whisperings of how these things had evolved. Mechanics had improved, concepts had shifted, lessons had been learned.

They were calling them ‘modern board games’ in an attempt to re-classify them in a realm untainted by their pedestrian antecedents, and some of them looked really fucking cool.

Fortuitously- a lot of my dearest friends are nerds. And so I got to experience the joys of titles such as Mysterium, Letters from Whitechapel and Betrayal at House on the Hill. These were fun. A great centrepiece to an evening of drinking and banter, but nothing that really gripped me tight in a way that had me thinking about them after all the bits and chits had been tucked back into the box.

But I was hearing rumblings of an ambitious, almost audacious game out there that was rapidly developing a cult of fanaticism that seemed too earnest in its fervour to ignore.

The only problem was that it cost upwards of $200. Before postage. And it weighed ten kilograms.

I prevaricated endlessly over taking the plunge. It seemed such a barrier to entry, it seemed to ask so much of you. I skirted the edges of forums that both espoused its brilliance and sent shudders of apprehension down my spine as they articulated its myriad complexities.  Would I have time in my life for such a bloated beast? 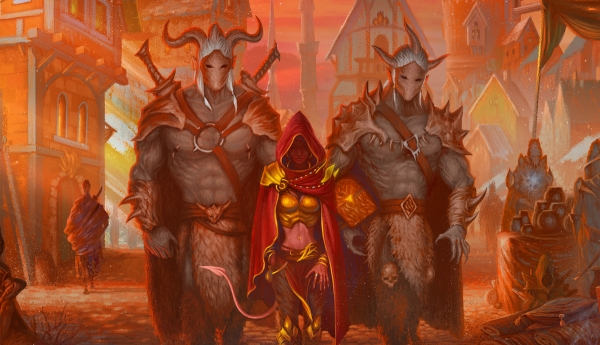 Serendipitously one afternoon whilst idle at work I found a link to a sale offering this behemoth for a reasonable price. After canvassing my group of friends as to whether or not this was an act of pure folly or if they were…y’know….into it,  I tucked all my righteous indignation into my back pocket and placed my moral compass face-down as I ordered the one and only item I’ve ever sourced from Amazon.

It arrived a couple of weeks later. Crowding my front steps. Heavy with import.

Opening the box was undoubtedly a giddy thrill. That strange drip of serotonin one gets when faced with such volumes of novelty evoking that ‘Christmas Morning’ feeling of yore. This sense of wonder was fairly rapidly supplanted by the realisation of the sheer amount of logistical hurdles that were bound to be involved in turning this metric square metre of components into an actual experience.

But I set to work. Punching the bits of carboard out of their board-stock was in itself a tiny joy. Leafing through the manual evoked latent memories of big box PC games, with their lovingly crafted ephemera. Purchasing a jumbo box of sandwich bags in which to store all the bits almost felt like the first quest. I didn’t quite know it at the time, but this was my initiation.

Later that week we sat cross-legged around its board(s), inching our way into what turned out to be a far more intuitive experience than I had anticipated. Rules were fudged, bits and pieces were finicky and plentiful, and our pace was probably somewhat glacial…but it was hanging together. It was evoking a sense of place and story and involvement. And it was fun. It was really fun. By the skin of our teeth we managed to successfully overcome the smattering of undead that the game flung at us. Our ragged band of antlered brutes, weavers with Tourette’s, diminutive tinkerers and psychic rats.  We formed a party, we formed a bond, and we wanted to know what happened next. I re-told the story in my head upon my pillows that night. And the following week we were back, elbow deep in inky cultists.

That was around six months ago and since that first foray we have returned to the streets of Gloomhaven many times, as the city has flourished and the tendrils of story have unfurled. The ability to play together, to forge our own narratives, both overarching and meta, that run parallel and in sine wave-like tandem with that of the game is turning out to be an unforgettable and deeply addictive experience. So much so that in order to double down on that feeling a range of other titles have started infiltrating my abode with alarming alacrity. We’ve since shared tales of ignominious ends at the bottom of Persian wells, peered tentatively around corridors in eldritch mansions, dug up soothsayer’s heads as a band of degenerates and faced starvation and malaria as we search for fabled lost cities, in thrall to the horrific forward march of colonialism. My wallet hurts but my friendships have never been stronger.

I might even need a Kallax, and oh shit have you seen what’s on kickstarter this week?

So thanks Gloomhaven. You reminded me of something crucial inside myself.