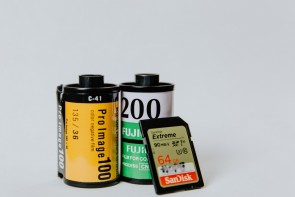 In last week's article, I talked about what is involved in designing a game. Now I want to continue the story of how a board game is made with the development stage, where a working game is polished to make it sparkle and shine. This step in the process can be informal and something a game designer does themselves as part of making their passion project a reality, or it can be handed over to a dedicated person, which is usually the case if a game is handed over to a publisher.

I think, game development often goes unseen. Most of us will be able to name designers and publishers, but we'll find it very hard to think of board game developers. It's not really surprising when more and more games are released via Kickstarter by individuals who want to make their idea a reality. The development stage of a board game is often mixed into the design and production phases of those campaigns. It's often the designer themself who takes on the role of board game developer here, because it's often only them who take an active part in the project.

Even though there are some board game designers who also develop their games and create the artwork for them, and they do all of them equally well, that's usually not the case. Most people will have certain strengths and even though it wouldn't be fair to compartmentalize people, it is often true that board game designers are best at designing games. Artwork, graphic design, rulebook writing, print production, distribution and many other areas aren't their expertise, and even though people can and do learn new skills as they work on their projects, it makes sense to hand some jobs over to other people - if only because there just isn't enough time in the day to do everything.

A board game developer's role is a little fluid. It will depend on the game they're working on and the direction of the game publisher. Some games are a perfect fit for a publisher's catalogue and need only small changes, while other games arrive in the rough and need a lot of development to make them commercially viable products.

There are a number of areas that a game developer will influence. Possibly the most obvious is deciding how a game is turned into a published product, by selecting the right type of components, such as cardboard standees or detailed miniatures for example. A game designer will often not know, or even care, how expensive their game is to make, but a publisher will need to ensure there is enough of a margin there to make a profit. So deciding the make-up of the components and what materials to include, is very important.

Another large part of a game developer's role can be around a game's theme or setting. A game may be handed over to a publisher with no setting whatsoever, or it has a theme that doesn't quite fit into the types of games that a publisher usually releases. Of course, for some games a complete re-skin is an easy exercise, but for others it can be a lot of work. It will be important to find a theme that works with the game, as well as with the publisher's catalogue. Theme and setting have an effect on the play experience as well as how easy a game is to teach and learn. So it has to be chosen carefully.

A game developer's responsibilities also often involve checking the factual accuracy of a game. I appreciate that games will have some level of creative licence and will rarely be 100% factually correct, but especially if a game touches on historic or current events, it will be vital that the game recognises those real-life facts in some way or form. Of course, games that are promoted as being educational will need an extra careful eye.

Throughout the process of game development, the developer will probably work quite closely with the game designer to ensure that all changes applied to the game are reflected in the design. It's not always easy to know how much a seemingly simple change to a game's setting, for example, can influence the mechanisms of a game. It makes sense to ask the game's designer to re-test the game to ensure it still works.

Of course, sometimes a game designer simply hands over the whole game to a publisher, who might then have in-house designers and developers to move it through the process. So it's not always true that a game's original designer is involved in the development process.

It is rather impressive how important the development stage of a game is. Changes are often subtle, but they really do refine the game and if done well, will make it shine and turn it into a huge success. A game developer's role is very important to help turn an already great game into the final product that we buy and play.

Msample replied the topic: #310647 26 May 2020 13:57
A developer can make or break a game . At least on the wargame side of things, I think the lack of decent developers is the single biggest bottleneck in the game creation pipeline. There is no shortage of would be designers. and you can usually get people to playtest. But without a good, objective developer with some decent product management skills, it all goes to shit. I don't think they get nearly enough credit . I tried getting a developer line added to the entries on BGG but it fell on deaf ears. With very few exceptions, I don't trust any game with either a blank developer credit or one where the designer also served as developer.

Msample wrote: A developer can make or break a game . At least on the wargame side of things, I think the lack of decent developers is the single biggest bottleneck in the game creation pipeline. There is no shortage of would be designers. and you can usually get people to playtest. But without a good, objective developer with some decent product management skills, it all goes to shit. I don't think they get nearly enough credit . I tried getting a developer line added to the entries on BGG but it fell on deaf ears. With very few exceptions, I don't trust any game with either a blank developer credit or one where the designer also served as developer.

Absolutely positively agree with every aspect of what is written here. The equivalent of a film without a director.

On a couple of occasions my group has played Kickstarter games that had an edge, had interesting play, and really made it feel like we were going somewhere cool. Then some strange thing would happen and the entire game would just fall off the table in a heap. We were stuck wondering how on Earth THAT was allowed to happen. A game called To Serve Man did that to us.

Game developers provide an important sanity check to the designer's desires, and I've heard two or three designers more or less admit that their developer had saved their bacon.

oliverkinne replied the topic: #310671 27 May 2020 03:37
Thank you for all your comments. I'm glad you agree that developers are really important in the process of creating great board games. I also don't understand why there is no developer information on BGG.

hotseatgames replied the topic: #310676 27 May 2020 09:27
My latest game project is actually the first one to have a developer. And it actually has two of them. They have been extremely helpful.