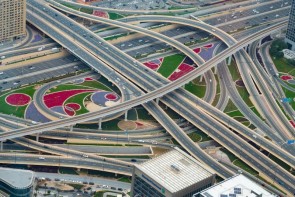 Complexity is a fairly vague term. The Cambridge Dictionary defines it as "the state of having many parts and being difficult to understand or find an answer to." Yet, it's not clear when parts are considered "many" or at what point something is difficult to understand. Here are my thoughts on complexity in board games and what I think it all means.

First of all, complexity is actually a good metric to have for board games. We all know that sometimes we just don't have the brain space to play a complex game, while at other times we really want to dive deep into the most complex game we can find to occupy our thoughts and put our focus on the game and very little else - and sometimes we just want something somewhere in between.

Famously, Board Game Geek has a complexity rating for most of the games in its catalogue, that, like many of the other metrics, is based on votes from its user base. Like any figures derived from a large number of votes, the end result provides a pretty good and reliable measure, assuming that the majority are reasonable votes and not an attempt to intentionally skew the result (see "Wisdom of the crowd").

So even though I would argue that the absolute figure you find on Board Game Geek won't tell you if a game is the right level of complexity you're looking for, it still allows you to compare different games. The idea is, you take a game that you know and that you have decided is a certain level of complexity in your view, you can see what figure that same game has on Board Game Geek and then find other games with a similar complexity rating, or those that are more complex or less complex.

You can even look at how much more complex or less complex other games are compared to that baseline using ratios, meaning another game is half as complex as your base game or twice as complex. It makes it relatively easy to get a relatively reliable scale of complexity that you can relate to your own requirements.

Of course, you can adjust that scale to your own needs and calibrate it to your own specifications. So if Board Game Geek's complexity range is much wider or narrower than yours, you can scale it down or up as needed. It all comes down to a bit of arithmetic really.

However, complexity on its own doesn't capture the nuances of a game of course. Some games that are rated really complex by Board Game Geek or by yourself may not feel very complex at all to someone else and the other way around. I think it often depends on the mechanisms used as to how complex you feel a game is.

A game that really is relatively easy may seem very complex to you, if there are a number of mechanisms you've not come across yet. However, once you've understood those mechanisms, the game seems very easy to you. I found that myself. Looking back at the games I used to play years ago, I feel they seem very easy, but at the time I learned to play them, they felt relatively complex.

Complexity can also sometimes be expressed in the sheer number of options a game gives you each turn. Some people will really find it hard to make choices and may get a feeling of analysis paralysis, which will make them consider the game very complex. However, someone else who can quickly see through the mass of choices to find the best option and easily form a strategy won't think the game is complex.

I do often think that a good theme can help here. An abstract game that has a dozen options will make it hard for some people to choose one, but with a good theme, it can potentially be really obvious which one to go for.

Just imagine that on your turn the game gives you the choice between making cheese, milking cows, buying cattle, building a cheesery or taking income. If you have no money, then you can't buy cattle, let alone milk them, let alone make cheese, for which you would need a cheesery anyway.

Suddenly it's obvious that you take your income first, then get some cattle, then milk it, then maybe get some more income, build a cheesery and finally make cheese. The theme shows you how each option leads to the next choice. In an abstract game, that same tree of choices wouldn't be so obvious.

In a similar vein is a good rulebook of course. A game can feel very complex when you read the rulebook, but as you start to play it, everything really flows and makes sense, making the game feel much less complex. All the different moving parts just mesh and what seemed complicated is actually straightforward.

I bet there are other reasons why games can feel complex. What do you think? Also, what do you think about complexity ratings, like the one on Board Game Geek? Do you find them a useful guide or do you not care about them much? Please share your thoughts in the comments below. It'd be great to hear what others think.

Discuss this article
Log in to comment
Posts in discussion: Complex Complexity - Why Some Board Games Can Feel Complex

mc replied the topic: #313236 19 Aug 2020 07:41
The Bgg thing is "weight" isn't it? I think there's even debate about whether or not that means complexity in the first place. You also need to know your classes of games to use it; there are Euros that are "more weighty" than wargames by the scale, but if you are comparing Euro to Euro or Wargame to Wargame it becomes a little more useful, maybe.

It seems to me like there's a few different ways to look at complexity; rules (i.e., how difficult are they to parse? how many different rules are there that rely on other rules?), mechanisms (i.e., how difficult are they to carry out? often this is related to the rules complexity, but not always, perhaps), and then the more emergent complexity - often referred to as depth (although that word gets used in different ways too) - so like, how hard is it to learn how to play well, learn the strategies, learn how to react to other player actions etc, but also, how interconnected things are - wait, if I do this, it will have this impact, which will probably cause my opponent to do this, and that has all sorts of ramifications, some of which I'm not sure about, but some that might be slightly more likely, only they will depend on my other opponent, so maybe I better leave them alone for a minute, only if I do that it will mean that I am a slightly stronger position still which I don't want because it will draw attention... etc etc).

I agree that a good theming can help with all of that. Personally I don't mind complexity at all; what I want though is for it (especially if it's the first couple I listed) to fade away. I don't want to have to struggle with rules or whys or wherefores of those rules; I want to get to the emergent stuff asap.

jason10mm replied the topic: #313290 19 Aug 2020 23:32
You could probably word salad this concept quite a bit. "Complexity" for a game with lots of moving parts or contextual rules, "depth" for a game with relatively straightforward rules but large numbers of decisions or ramifications hinging on those couple of rules, and "brain burner" for a game that just requires a lot of math or future predictions influencing each calculating move.

I remember going to the hobby stores back in the day and looking at Avalon Hill type games to see that "Complexity Scale" number (1-10 IIRC) and being very impressed by some WW2 in the pacific game that was a "10", probably because it had 1000 chits and exemplified why the term "weight" (as in physical mass) is associated with complexity.

Shellhead replied the topic: #313302 20 Aug 2020 16:42
Magic Realm is the most complex game that I have ever played. I spent long hours last spring reading through all the rules, studying components, and then reading supplemental guides to the rules published by fans. And even then, I had to constantly look things up as I played my first game.

In a typical turn, you choose four actions to perform in advance and in what order, including specific movements. But the real complexity is the extremely detailed and comprehensive rules, most of which are executed in a counter-intuitive manner. For example, the basic die-rolling mechanism is rolling two six-sided dice. In most games, you would add the results together. In Magic Realm, you use the higher die roll of the two dice. When casting a spell, you don't just use a spell and maybe roll a die, you must generate a required color of magic and then use a chit that allows you to cast the proper school of magic for that spell. Combat can become exponentially difficult with multiple participants, especially if some are spellcasters. Even scoring victory points is difficult, based on a comparison with your original selected goals in multiple categories of vp.

I am looking forward to playing a solitaire game of Magic Realm again soon, so I have recently started reviewing the rules again. Might be ready to start playing again in a few weeks.

Shellhead replied the topic: #313452 24 Aug 2020 16:16
Nope, I am doing it the hard way. Setting up the physical game and then slowly grinding through it with the 3rd edition rules, the plain english rules, and some cheat sheets. I feel like I will internalize the rules better if I force myself to look everything up as I go. The goal is to learn the game well enough that I can play with some local friends next year. Actually, before my next solo game, I am thinking of working through the Book of Learning. Set up each chapter and play through it along with the Book, kind of like learning with a workbook when I was a kid in school.
Read More...