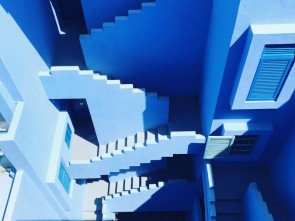 As a board game reviewer, you need to have access to board games. That's obvious. Some reviewers rely solely on games they bought themselves, maybe got as presents or borrowed from friends, while others will only review games sent to them by the publisher or even the designer. Many reviewers will rely on a mix of both. What I want to look at in this article is how review copies, which are (usually) free, may influence a review and what the relationship between publishers, or designers, and reviewers may look like and how it can also play a part in how a review is written. (Inspired by Richard Simpson of We're Not Wizards.)

Let me start by looking at how review copies usually work. Some publishers have lists of reviewers whom they contact when they're about to release a new game, other publishers you can contact and ask for a review copy of a specific game, and some reviewers will automatically get a game sent to them, without even asking first - and when I say publishers, I also mean designers who self-publish.

When a publisher decides that they want to send you a review copy, they will do so free of charge. The review copy may be a brand new retail copy, it might be a copy that was previously used at conventions to demo the game, or it could be a specific review copy, which may not have all the components or the same quality components as the final product, but has everything you need to play the game and review it.

Sometimes reviewers are offered print-and-play or digital versions of the game, and especially at the moment, more and more publishers ask if a reviewer is happy to try an online version of the game, instead of sending out a physical product.

I said that review copies are free, but that's not always the case. Some publishers ask reviewers to cover the shipping of the game, at least when the reviewer lives in a different country to the publishers and when shipping costs are relatively high. That's rare though.

Either way, as a reviewer you save a good chunk of money when you have access to review copies. So, when you write a review about a game that you were given for free, or almost free, you may be swayed to make it more positive than you would if you had to pay for it yourself. After all, if you write a negative review about a game, the publisher may not want to send you any more review copies.

However, if you want to show integrity, all your reviews need to be honest, so if you don't like a game, you should say so, whether you were given a review copy or not. If your review is constructive in its approach, then there is nothing wrong with writing it. I think most publishers will appreciate the honest feedback.

Some publishers even say they don't read any reviews of their games, in order for them to remain impartial when they choose reviewers. However, if a publisher does decide to ban you, because you wrote a negative review, then so be it. You cannot let that stop you. If you rely on review copies, then maybe it's time to stop writing reviews for games from that publisher.

In any case, accepting review copies does create some sort of relationship between you, the reviewer, and the publisher. It may be a relatively formal relationship, but given the size of the board game industry, chances are you're in touch with one or two specific people from the publisher, rather than requesting a copy of a game via some sort of anonymous online form.

In fact, even if you never request a single review copy, chances are that you get to know publishers and some of the people who work there. As a reviewer, you will be quite active in the community and watch live streams, videos, read press releases, follow people and companies on social media. You will start to chat to people in the community, either by email or on a live stream or via a direct message and thus you get to know them a little better. You might be talking to the PR person from a publisher or a designer or maybe an illustrator and hear how busy they are or how tough things are.

Every time you communicate with someone within the hobby, you get to know them better and your relationship with them will become less formal. You may never call anyone a friend as such, but neither are these people just a name or an email address or a social media handle anymore. They have become real people.

All of this is going to have an influence on how you write your reviews. It's only human nature that your impression of a game is swayed by what you know about the people who are behind it, how the game was made and everything else that made it a reality. So your review will reflect not only how you feel about the game and how it plays, its mechanisms, illustrations, component quality, etc., but also how you feel about how the game came about and the people linked to it.

Your readers, or viewers, or listeners, won't know that though. They won't know that you know the designer of the game and have seen how the game finally became a reality after a long time of hard work. They won't know if you were given a game for free. Of course, you might not feel that any of these facts have had any significant influence on your review, but you still need to make it clear and state those facts, so that people can make up their own mind and decide for themselves how independent they think your review is.

At the bare minimum, you need to state if you were given a game for free, or if you were even paid to write a review, which in my view is actually an ad - but that's a whole different discussion. Where possible, you should also state other material facts about your relationship with the publisher, designer or other people who worked on the game. The more open you are, the better.

What are your views on disclosure and reviewers being open about whether they get free review copies and their relationship with publishers, designers, etc.? Do you trust a reviewer as a person, or do you always read several different reviews to ensure you get a more balanced picture? Please share your thoughts in the comments below.

Discuss this article
Log in to comment
Posts in discussion: Full Disclosure - Publisher's Influence on Board Game Reviews

Gary Sax replied the topic: #316745 01 Dec 2020 11:46
I find it frustrating, and nobody's fault besides like "capitalism and technology," that this is sort of a solved problem. The editorial model, where your editor at a much larger publication handles all these arrangements, creates actual sanction if a publisher did decide to get shitty with a reviewer. Moreover, in this model every reviewer isn't a freelancer and can afford to spend more time, on more reviews, on more games and develop their own reputation without having to hustle to the bone.

I get that, basically, journalism is dead but it has so many downstream effects on the field of criticism.

I will say though that you may not have encountered it, but I have seen publishers offer review copies at a cost greater than shipping.

This happened to me twice, and both times I declined.

Sorry, but I can buy your game brand new for 40% off at online discounters, I'm not paying 50% of MSRP for a review copy plus shipping. I will simply not cover your game then as the whole thing has become a hassle.

I also reviewed a game once and tore it apart. Perhaps a bit unprofessionally. It was a personal site and I had a very strong reaction to my experience with the game. It wasn't a review copy but was a friend's copy of the game.

The publisher came across my review and flipped out. They saw that Miniature Market sponsors my podcast and went to them, demanding they strongarm me into removing the review.

That didn't go how they planned.

Michael has some great stories too. After his negative review of Secrets of the Lost Temple, Everything Epic hired him as a copy editor for the second edition to help alleviate the sloppiness.

I think this article on the subject focuses more on the heart of the matter, the fact that as the reviewer becomes more recognized he or she becomes more a part of the industry. Although you focused on the relationships building over time with the people you're reviewing, I think there's equal pressure applied by the Like button. At some point reviewers of note need to either a) become the reviewer that butchers people; or b) become the reviewer that is celebrating the industry and the sales it generates. The Reality nature of Internet celebrity doesn't have much room for people that come down in the middle.

So as they're typing each reviewer is quietly thinking to himself "how is this going to go over with my audience?" Long story short, the bigger the bogey the more risk there is in speaking in a negative voice about it. That comes from within, not from the industry. The bigger you become, the bigger the risk.

Gary Sax replied the topic: #316775 01 Dec 2020 17:29
Great post, Sag, I think you're basically right about the limited options you have as a Freelance Internet Reviewer at Large. Which is the only real model right now and it sucks.

I do think that other industries have solved "the reviewer problem", as suggested by Gary Sax through the "editorial model". Not sure how well that is established in the board game hobby though.

Thank you also to charlest for sharing their experience with publishers. That's a rather horrible experience, I must admit.

Thank you also to Sagrilarus for the point about "the bigger you are..." There is definitely some truth in that. However, I think there are many more small reviewers out there than big ones, which I find actually really nice. Lots of people do this sort of thing for free as their hobby.
Read More...