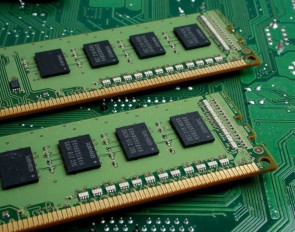 Remembering things is not my strong point. Not because I'm getting a bit older now - I'm only in my 40s - but because I'm relying more heavily on technology to remember things for me. Online spreadsheets tell me what game to review next or what article to write. Oh, speaking of which, articles are made in advance and then scheduled in, along with all the related social media messages. So, no, I don't need to remember much. Maybe that's why I don't like memory elements in games, but let me use this article to go into this in a little more depth.

So, I used to play Memory a lot when I was little and then again with our daughter when she was little or my nieces when they were young. Yes, I'm talking about the quintessential game with a memory element. Memory, if you don't know it, is a game where a certain number of tiles are face down and you have to turn over two tiles at a time and if they match, you get them, but if they don't, then you have to turn them facedown again. The game ends when all pairs have been found and whoever has the most, wins. It's really simple, but gets harder, the older you get.

The thing is, I actually like the memory element in Memory. Of course, because without that, there would be no game. That's obvious. However, there is another type of memory element in some modern board games. It's when information is revealed, either to everyone or to only a select few players, and then it's hidden again. Anyone who has a good memory will excel at these games, but I find those games often frustrating and annoying.

After all, if the information was available at some point in the game, then it makes more sense to me to keep it available. You could, in theory, write down the information as you play and use your notepad as an extension to your brain. Of course, that would be frowned upon - or maybe even completely banned. However, it often seems stupid to me why someone who is younger, more awake and/or generally better at remembering things should have an advantage here. It usually doesn't add anything to the game for me.

All right. You could say that Memory does exactly what I just described. All information is hidden to start with, then some information is revealed and then hidden again. However, there are no other mechanisms in this game. If you allowed everyone to write down what the revealed tiles were and what position they were in, then it would become a game of pure luck. Whoever got to turn over the most pairs would win. So, yes, in Memory you do want the memory element.

What I'm talking about, are games that have plenty of depth and interest and where the memory element really isn't necessary, but ends up being a very important, if not the decisive part of gameplay. You basically can't win unless you can remember the information that is revealed.

That's why I like games, such as Oath, where there is hidden information and when a player is allowed to peek at that information, they don't have to remember it. At any point during the game, after they have already peeked at that information, they can look at it again as often as they like. So, yes, you probably want to try and remember the information, so you don't have to keep looking at it again, which would get very annoying for other players, but if you can't remember it, there is nothing stopping you from refreshing your memory. To me, that's the perfect approach for the game and I would have hated it if the rules had told players that they had to remember the information they gleaned.

On the other hand, I do love the memory element in Dune. No, not the deck builder, but the tokens-on-a-map, make-pacts-that-you-will-definitely-break, back-stabbing-is-expected version that Gale Force Nine re-printed last year - or maybe it was the year before - I can't remember now. Anyway, in Dune it's so much fun when you desperately try and remember the single most important piece of information you gained three turns earlier, but have now forgotten because the battle on Arrakis is heating up and you need to stop the Guild from winning, but the Bene Gesserit, who had previously pledged their absolute loyalty to the cause, decide to slow-blade you instead.

In Dune, the memory element is crucial, but there isn't a huge amount to remember. It is manageable - or would be, if there wasn't so much else going on all the time. That's what you get when you try and invade a planet that's constantly changing.

I also enjoy the memory element in trick-taking games. I suppose, it's not so much of a memory element or at least it's relatively limited and the more you play a trick-taking game, the easier it is. Some people say it's about card counting, but that's not actually true. It's much more about knowing what important cards are in the other players' hands and then keeping an eye on them, ticking them off your list, that is the list that you've got in your brain, as they get played. Chances are, there are maybe half a dozen important cards that you need to keep an eye on. In some games, there could be a dozen cards you need to worry about, but as tricks are played that list gets heavily reduced, because when certain cards are played, many other cards that were previously important, are suddenly of no interest any longer.

So, I suppose, I don't really hate the memory element in games as such. It's much more about how heavily it is rated in the game when compared to other mechanisms, or how much there is to remember overall. If the balance is right, then memory elements in games can actually create extra excitement and only one way to victory out of many different options. If the balance is wrong, then you end up not having any chance of winning, unless you have a photographic memory.

Discuss this article
Log in to comment
Posts in discussion: Out of Memory - Memory Elements in Games

jason10mm replied the topic: #323802 08 Jun 2021 13:23
I've not played many games that require memorization in game. I think Survive:Escape from Atlantis requires you to put different value tokens down and not look at them again, so if you want to prioritize saving your highest value people you gotta memorize their locations. But otherwise most of the games I recall with any memorization aspect involve getting to look at an opponents top 3 cards or something, real short term stuff.
Maybe getting to peek at units in a block or trading game.

Otherwise it mostly falls into the "card counting" realm of just memorizing the possible cards/options and ticking them off that mental list so you know the odds of the next thing being really good or really bad for you. But that is mostly just knowing all the options in the game versus a new player that might not know that there is an 8 point statue in Seven Wonders to even get if they are planning a blue victory when drafting cards (though I suppose if you know enough to even form a strategy at the beginning you must be at least somewhat familiar with the cards).

I'd be curious to try a game that really relied heavily on memorization. I suspect it would have a very limited audience but as a party game with some drinking it could be hilarious

Shellhead replied the topic: #323803 08 Jun 2021 13:32
Sometimes just remembering all the rules to the game is enough of a memory challenge. I guess that I do a bit of card counting when I am playing a CCG, because I want to keep track of how many of a crucial card are left in my deck as the game progresses. Battle for Rokugan can reward a player with a good memory, because every player has a finite supply of nearly identical chits, plus one special chit per faction. Due to the significant bluffing element, it can be handy to remember if a given opponent has used up a certain type of chit.

boothwah replied the topic: #323806 08 Jun 2021 17:35
I remember back in the swccg days, one of the skills that differentiated the the top tier players from scrubs like myself was the ability to "track destiny." For reference, you used your deck as your life force and you used cards in hand as force to pay for your cards - cards constantly moved from hand, to discard then back into the bottom of your deck. And these guys could track well enough to ensure they were always pulling a 7 off the top of the deck when it came time to battle. Crazy.

Also for reference - my 4 year old can kick my butt at a game of 8x8 Frozen Memory. She can remember where the Anna/Elsa with the blue background was, that I flipped on the first turn, when she turns one 8 or 9 turns later.
Read More...