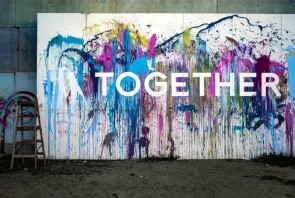 Co-operative games come in all shapes in sizes, just like any game. So there should be something there for anyone, irrespective of what you're looking for, as long as you want an experience where everyone works together to win the game as a team. In this article, I look at a handful of different types of co-operative games, giving examples of games that fit into the category, so that, hopefully, you can find something that suits you.

Sub Terra II by Tim Pinder and Rose Atkinson from Inside the Box is a game where all players have access to the same information, even though nobody knows everything there is to know. After all, your goal is to explore the underground tunnel system of a volcano, so as the game goes on, you will map out the caverns and passageways and reveal more information. However, as you do so, you can work together and decide who should do what, choosing the most suitable character to help the team win the game.

There are quite a few games where all players have access to the same information, such as the very well-known Pandemic, where you work together to try and find cures for a number of different diseases while you travel around the world, stemming outbreaks and building research stations, there is Library Labyrinth, a beautiful game that puts the spotlight on women, where you work together to put horror book monsters that have come to live in your library back into their books by calling on heroines from literature, as well as CoraQuest, a dungeon crawler for the whole family, where you fight monsters as you live through adventures together - and there are many more.

Games where you all know the same information are a good introduction to co-operative games, because you truly work together. However, there is a risk of one player dominating the game, telling everyone what to do. The so-called alpha player problem is well known and something that's not uncommon for many co-operative games. You just have to make sure you tell the dominant player to pipe down or instead play it with people who you know will happily work together, without trying to control everything.

There is also another option though. Some co-operative games suppress the potential for an alpha player to come to the fore. These are games where not everyone knows everything and individual players have some information only they know. Some of these games also forbid discussion, making it impossible for one person to boss everyone else around.

The best example in this group is Assembly, a two-player only game where you aren't allowed to talk. Both of you have a hand of cards that represent certain commands and your aim is to re-arrange the layout of your space station so that modules line up correctly, before the deck runs out. The idea is that the AI of the space station has run amok and thinks both of you have been infected by a deadly virus, so it locks the space station down, making an escape impossible. You can't openly communicate, because the AI is listening in and would interfere with your plans. It's a really fun game that will take a little while to master, but is really addictive.

There are also games where virtually no information is shared between players. The Crew, the only co-operative trick-taking game I know of that can be played with two or more players, is wonderful and the only information you have is how to win the round, but apart from that, every player has their own hand of cards, that they need to keep secret and nobody is allowed to talk. You can give one clue each during a round, but even that is only very limited.

In The Mind, a card game that sounds like it will never work and doesn't even sound like a game, everyone has their own hand of cards that you keep secret and nobody is allowed to talk. There isn't even a turn order. You just have to make sure that the cards that are dealt out and that come from a deck of cards numbered 1 to 100 are played in sequence. You really have to get into the other players' heads and try and synchronize your minds. A great game that is definitely worth having in your collection.

Of course, many co-operative games can also be played solo, so that's another option of making an alpha player situation impossible.

Then there are semi co-operative games, where you're not all working together. I haven't played any games where one of you is a traitor, pretending to work together with the team, but secretly trying to ensure everything goes wrong in the end, so that you, and only you, win.

However, I have played Jaws, where one of you is the great white shark and the others are the people trying to kill it. The game is basically both: a co-operative game and a competitive one. The shark plays competitively against the people, while the people play co-operatively together as a team. So, if you do have a dominant player in your group, who can't help themselves telling everyone what to do, then maybe they're the perfect candidate to play the shark and prove how good they are at winning.

If you want to find out more about the games mentioned in this article, then follow the links to my reviews. I know there are many more co-operative games you can try, but the above is probably a good starting point.

Now I'd like to know which co-operative games you have played. What are your favourites and why? Have you got an alpha player in your group and if so, how do you deal with them? I'd love to hear from you, so please leave your thoughts and suggestions in the comments below.

Shellhead replied the topic: #332980 11 May 2022 10:35
I have been playing a lot of co-op games in the last couple of years due to the pandemic, partly because most co-op games also work well as solitaire games. I like playing co-op games where there is a lot of tabletalk about strategy and tactics, but enough limits on information that we ultimately leave it up to each player to decide how to play their turns. This includes games like Arkham Horror 2nd and Escape from 100 Million B.C. Marvel Champions is another favorite, though the sweet spot for co-op play seems to be 2 players. But in recent years, I have been leaning more towards semi-cooperative games, where players have the potential option to abandon or betray teammates. My favorite semi-cooperative games are Camp Grizzly and Saltlands.

mc replied the topic: #332992 11 May 2022 22:23
My favourites are the ones where not everyone has the same information and can't communicate it. It's not about ruling out alpha play, it just feels more interesting to me generally. So a good example is the Grizzled. The non-communication part isn't large, really, but what I like about that one is that it really does create an interesting feeling among the players. You are a little platoon of WW1 soldiers in a trench on the western front and the aim of the game is to try and make it to the Armistice without anyone dying. Every round you play cards in to the middle and there are rules about how many symbols are allowed and so on. But the great part is, as time goes on, players get "hard knocks" - either they can't face certain cards being played (gas, rain, artillery shelling, etc), or they develop, essentially, an aspect of PTSD, so they might have to play more cards because they have become reckless or what have you. At the end of the round, players make a decision about who they will give "support" to (represented by coffee!) - which can help get rid of hard knocks. It creates this really nice thing where when a player does something really frustrating if you are trying to win, it's like, "are you kidding me!!!" but ALSO there's this sympathy at the same time, because you know it's not their fault.

Of the ones with the information available to all - I think what I don't like about these is that they feel more puzzle like, which is just not really why I game. I like the drama and emotion as described above in the Grizzled; if the game could be played by me alone, which, basically, you can if all the info is out there to everyone, then it just feels like some kind of puzzle.

But having said that, sometimes that puzzle is good, especially if it is not a mechanical puzzle (how can we create enough cubes or remoev enough cubes with this many actions). So, Sherlock Holmes Consulting Detective to me is a great co-op; you have all the info, sure, but there's so much discussion about what the clues mean etc. I really like the analogue nature of it - it feels historical - but, we have also enjoyed the Chronicles of Crime game, which uses an app. The 1400 one in particular.

I also do like semi-coop but that's just a separate thing altogether to me, feels very different. Really what I like about those is the shared incentives, which you can get in straight competitive games too. Love a bit of "okay, I'm going to do this to help out another player, let's see if I can do that but then leapfrog above them because i've eked out the deal just a bit more in my favour". That's what semi-coops are about to me. Sure the traitor stuff can add some interesting levels to it but it's more about giving players a sniff so they help you but not so much so they can beat you. (I suck at it).