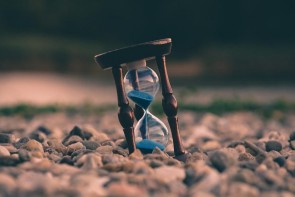 It's always interesting to see how different games decide when they end. There are so many different ways of ending a game. Some games are played over a fixed number of rounds and others end when a certain goal or goals are achieved. There are also games that have a slightly more random timer. What happens when a game ends is also not always the same. In some games, all players get one more turn or the current round is played out. Other games end immediately and nobody gets another chance. In this article, I want to look at how all of these different endings create different player experiences.

Let's look at games where the end of the game is triggered after a fixed number of rounds. In these games, everyone will get the same number of turns. Just think of games such as Sagrada or Aquamarine. Nobody can complain that they didn't see the end coming, especially not if there is a clear round tracker. Everyone should be able to map out how many actions they have and roughly plan what they'll be able to do from start to finish. I know, most games don't allow you to plan everything in detail, but at least you do get a sense of what might be possible.

That's especially useful when you know how many points you're likely to get from which parts of the game. It also helps if you have a sense of the number of points you'll have at game end. Dividing the potential points total by the number of rounds or actions gives you a useful average to aim for. It also allows you to track your progress during the game. You will roughly know if you're ahead or falling behind. 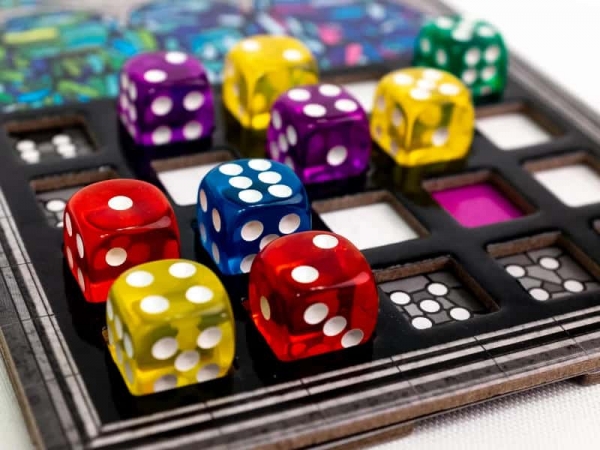 So games that end after a fixed number of rounds are pretty predictable and predictability creates a sense of comfort. It's the unknown people don't tend to like. As a player, you will know how much longer you have to endure this game, if you don't get on with it, or how little time you have left to win. On the whole, games with a fixed number of rounds allow you to plan better. They therefore tend to feel more enjoyable.

Games that don't have a fixed number of rounds, but that end when one or more objectives are met, either by a single player or several of them, are a lot less predictable. Games with these sorts of end game triggers include Undaunted: Normandy and Adventure Games: The Dungeon.

However, there is still usually a way of working out how close you are to the end of the game. Often you will be able to tell how close to completing a goal players are. So you still get a sense of how much time there is likely left.

There is still more of a sense of surprise when a player, whose goal seemed to be way off completing, pulls off an amazing combo and suddenly finishes the game. Your hope of getting two or three more turns to finish your own goal is dashed. All you can do is try to get as many points as possible to pull into second place.

That level of uncertainty creates excitement and tension. When the tension is suddenly released, it usually creates strong emotions. When everyone is on the edge of their seat and itching to take their turn to finish the game, but someone else gets there first, it's just glorious. Usually, it creates feelings of joy and happiness, but of course, it can also turn into disappointment. I hope as adults we've learned to deal with it, especially in the context of board games.

Some games don't have a fixed number of rounds, but also no specific objectives. Instead, there is some sort of timer. It might be a deck of cards, where the bottom so many cards contain an end-game trigger at a randomly shuffled position, like in Dominant Species: Marine. Timed games give you a rough idea of when the game is likely to end, but you can never be sure. 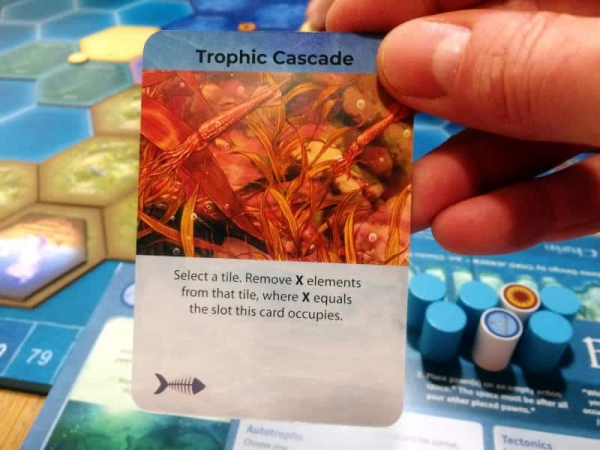 When these games end, there will be a similar sense of happiness or disappointment, as there is in objective games. The main difference is that nobody will ever get a sense of how close they are to finishing the game. Instead, everyone will hope that the game continues just one more round. Everyone just wants to complete their plans and score a few more points that might clinch victory.

Irrespective of how end game triggers are decided, there is then still the question of whether the game ends immediately or if the round is finished - or if every player gets one more turn.

If you finish the round or everyone gets more turn, you tend to feel like you at least have another chance at getting a few more points to get to second place. The game sort of gives you a second chance. Some games even have the option of you winning, if you get the most point. You don't necessarily win just because you're the first to finish.

That's opposed to games that end immediately, like Scythe. Most people think that this sort of ending is unfair. You want to be able to at least have one more turn, just so that you can carry out the actions you had planned for so long and get the points you think you deserve. 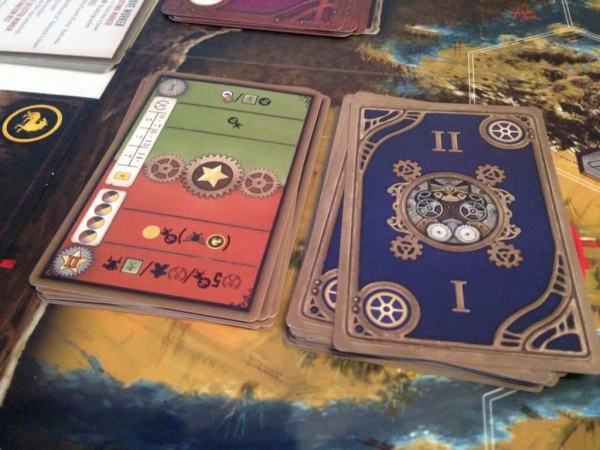 As you can see, there are many different ways a game can end. End game triggers vary quite a bit and create quite different gameplay experiences. What do you think about the way games end? How do you feel about different end game triggers? Do you hate it when a game ends suddenly and unexpectedly? Maybe you feel you deserve one more turn? Do you like games that have a fixed number of rounds? As always, please share your thoughts in the comments below. I'd love to hear from you.

Eto replied the topic: #337924 19 Jan 2023 19:28
Predictability versus dynamism is another way to frame it. The fix round game (FRG) has more predictability than a non-FRG in regards to ending, but loses a sense of dynamism (e.g., emotional ups and downs and game states).

On the whole, The fixed number of rounds also has the advantage of less variance, absent slow playing or searching the rulebook for answers, in time to complete the game than non-FRGs; at least in my head, the games that you are never really sure how abrupt or long they will last have more dynamism or are non-FRG (Dune, Escape from the Aliens in Outer Space, Monopoly, Catan, Once Upon a Time, War, etc.).

I like to see people shine or frown (and hear about it too) when playing games. I would rather not have a lazy-susan-river-inter-tube-lounging-around flow of a game where you hardly know other people are even there. Uncertainties 1) help bring out those visceral reactions during a game, 2) perhaps encourage the players to re-think things, and 3) help make the experience more memorable in mind as well, so I suppose I would prefer non-FRG (as it would another uncertainty), but the course of the game is what maters most. The ending is just icing on a top of a cake.

In any case, if it ends abruptly, then you could always play again...or call it early, if it is taking too long.

Shellhead replied the topic: #337926 19 Jan 2023 21:49
I feel that games with a fixed number of rounds have some greater priority than fun, and tend to be the sort of work-like process activities that don't match up with my idea of a game. But I am heavily biased in favor of games that simulate a sort of narrative. This happened, and then that happened, and it's like the twists and turns of an engaging story.

At the other extreme, a game without a reasonable trigger for the ending is potentially a game that can outlast its welcome, possibly by a lot. Ideally all the players are working towards goals that will bring about the end of the game, but a contrary player might drag things out instead, especially if his own strategy would benefit from a much longer game.

My own preference is for a game with a variable trigger. The game will end at some point due to a built-in event or process with the game, but it is not completely clear when that trigger will occur. Or even better, the game can end even sooner if a player accomplishes a certain goal before that default end game trigger arises.

southernman replied the topic: #337933 20 Jan 2023 13:25
On a slight tangent, but following on from Mike's preference for a variable trigger, one of the best end conditions I have experienced is in the classic PBM/PBEM game Starweb by Flying Buffalo Inc. Here all players sent in a VP end score, within a certain range, and then this was averaged out - and because it is a computer moderated game it was secret.

So, how could this be done in a board/card game ?
One idea I had was all players get an identical set of cards with different values on them, say 1-5 just as an example, and they all secretly choose one to make a timer deck with the rest of the cards hidden away.
The timer deck is now shuffled and placed face down and the top card turned over at the start of the game.
Then a number of turns equal to the card number is played and when the last turn is played the next card is turned over, with now that many turns played.
You work your way through the deck playing game rounds, always with some limited knowledge of how long is left in the game.

Just my 2 cents to get minds whirring

Shellhead wrote: I feel that games with a fixed number of rounds have some greater priority than fun,

I'm not sure I agree with that. I think some designs work well with a fixed length (El Grande is an example) where the narrative ending is set in stone, and each player needs to work their options to time their completion to match. It's a project plan with a fixed end-date. That immovable wall coming towards you sets your goals pretty firmly in mind.

I think other aspects of design come into the picture to decide what's appropriate.

Personally, I find the last three minutes of every basketball and football game a complete slog because one of the two teams (in spite of being 24 points down) finds it necessary to extend the game as long as possible in the forlorn hope of magically finding the 25 points to win with.

Jexik replied the topic: #338010 25 Jan 2023 15:07
Fixed length games kinda annoy me most of the time, but it could be because of other design decisions those games tend to make. I tend to prefer races to X points or games that don’t have points at all.