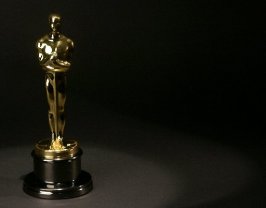 I really like getting these articles out before Oscar nominations come out so it doesn’t look like I’m picking popular movies necessarily. Like say last year I had picked Slumdog Millionaire as my best movie of the year (I did not), if I had released that after the Oscars were out, it would be anti-climatic or expected. If I release the article before Slumdog was even nominated, then mad respect for me no?

So it’s January 8th when I wrote this and I truly think that I’ve seen all the quality movies that I was able to see, I think at this point if I see anything else it’ll be good but not great, maybe even awful. I can’t see all the movies anyway, but I did manage to see almost 60 movies in theatres this year so I feel like this list is of decent quality given that sample size. For the first time in a long time, I saw more good movies than bad. Speaking of which let’s give a quick shout-out to the worst of 2009:

Taken – great popcorn flick but what a total pile. How do you dodge SMG fire from point-blank range? Ugh. My father-in-law saw this and thought it was more of a documentary about how other races around the world are always after young American women so when you travel, you have to be really safe.

G.I. Joe: The Rise of Cobra – Worst script and acting I’ve seen in a while. Why is this movie based on kid’s cartoon show more violent than warfilm, The Hurt Locker?

Tranformers 2: Revenge of the Fallen – omg, I wanted to name this worst movie of the year SO BADLY. It was awful.

The Unborn – WORST MOVIE OF THE YEAR. Did anyone else see this? DON’T.

As a nice segway into the good and great movies of the year, there were three movies this year that were good movies that I HATED:

Of Time and the City – probably the best movie I haven’t liked since Memento. This movie did absolutely nothing for me except put me to sleep.

Three Monkeys – I can’t remember the last time I was so uncomfortable watching a movie.

Il Divo – Wow. An absolutely outstanding performance muddled by piss-poor editing and a really bizarre way to tell a story. I was hoping for another Gomorrah from this Italian film and left disappointed.

Okay, glad that’s over with. So before naming my top ten for the year, let’s give a quick shout-out to the honourable mentions that just couldn’t find their way into the top ten (wow there were lots of good movies this year):

Zombieland – a ton of fun and it works a drama too. There was more romantic chemistry in this than in every single romantic comedy this year.

Inglourious Basterds – Stunning. Fantastic. That supporting actor better get a nomination AND win.

Tyson – Really jarring. I loved it.

Coraline – It was a really really strong year for animation. This was one of the best of the year. Terrific use of 3D too.

Adventureland – If you have to see one Kristen Stewart movie, let it not be Twilight. This was a terrific movie again with some great chemistry and tons of laughs.

District 9 – GAH! How can this not be in the top ten? What a great sci-fi out of nowhere. Super moving and exciting. Great pacing and what a great actor.

Moon – AHHH! Two great sci-fi movies out of nowhere! You guys have to see this movie! It’s so insanely sad and amazing at the same time. I was really moved by this motion picture. Sam Rockwell’s performance is great.

Gomorrah – A fantastic Italian movie about how the deeply entrenched organized crime filters down into simple neighbourhoods and slums. Really powerful movie.

Ponyo – Spirited Away has to be one of my favourite movies ever and this magical movie does not disappoint. It’s really special and is a textbook perfect children’s cartoon.

Precious: Based on the Novel PUSH by Sapphire – omg I’m so sad I couldn’t put this into top ten. It was the last movie I saw a month ago (or so) and I still think about it. I’m sure it will receive Oscar recognizition and it will get me all emotional when they show clips of the mother or of Precious herself.

Drag Me to Hell – what a perfectly enjoyable horror flick. It’s scary as hell, it’s funny  and fun. Textbook perfect. When was the last time I saw a good horror movie of this caliber? Never?

And the movie that just BARELY missed my top ten of 2009:

Sugar – What a nice surprise of a movie. I thought it was an amazing slice-of-life picture. Very exciting and human, and I don’t even like Baseball.

Which of course brings us to my top ten movies of 2009!

Wow. I can’t wait to see if this young upstart who reminds me of Audrey Hepburn will get recognition come Oscar-time. What an awesome movie and what a nice surprise. This movie TOTALLY surprised me at several occasions. I was taken on several wild turns and it was a blast. Great flick.

A movie I was all ready to hate and was blown away. I think they made a terrific reset of the franchise and I can’t wait for more. It’s just pure fun.

What a year for 3D! You wouldn’t think 3D would do much for a documentary but for the entire time you’re watching this, you are underwater with all that marine life. It’s really well done and although Jim Carrey doesn’t make the most authentic narrator, it’s still an incredible piece of film making.

A movie probably too smart for its own good, but I still loved it. Satire has never felt so sharp. Basically, it’s a satiric parody of how the world (the U.K. and U.S. got into the Iraq War on questionable intelligence by people of questionable intellect). It’s just really fun and a nice comeback for Anna Chumsky (sp?) of My Girl fame.

I went into this documentary expecting to hate it. I thought it would just be a big plea for people to go vegetarian but that wasn’t it at all. If anything it makes a case for organic food but even then it admits that solution isn’t perfect either. It’s just a terrific film on our food industry. Really well put together. The focus on individual farmers and the plights that face them was truly gripping.

Not to equate the slaughter of tens of thousands of dolphins to the holocaust, but this was the first movie I (and many others) walked out of deafly silent since Schindler’s List. This documentary film is amazing to watch but deeply affecting. It’s insane the extraordinary measures the filmmakers go to get jarring footage of what is going on in South Japan. Reminded me of Man on Wire and how all those scenes of them sneaking in cameras was more adrenaline-rushing to watch than some of the year’s biggest action blockbusters. It is the same with this. Many people leave the theatre during this movie and it’s understandable, one or two scenes are very tough to watch (and hear) but you’ll be glad you saw it. It is gold medal filmmaking. I hope it gets Oscar recognition.

Ok, technically this could be a 2008 movie but it wasn’t released in North America until 2009 so it’s not fair if it never gets mentioned and recognized for its sheer brilliance. Last year I picked an Indian movie (NOT Slumdog) as my favourite movie of the year and I think favourite movie of the decade as well. This year, another Indian movie has made my top ten. This is exactly the kind of drama I like in a movie. I can’t put my finger on it, but it’s probably a mix of the characters and the pacing. I thought it was totally brilliant and felt very very real. Not to be missed.

Now, I should mention that the top three of this year were all extraordinary. Throughout the last month or two, each held the #1 spot at some point. I should really make it a 3-way tie but that would be anti-climatic so being forced to put them in order, here they are (these three movies really are a cut above the rest).

The best war movie since Black Hawk Down by far. The FIRST war movie on Iraq. And a female director? Seems like a lock for the Oscars, no?

This movie looks and feels SO real (remember when we all said that about Saving Private Ryan at some point) that you feel like you’re part of the action. The performances are stellar but just the movie itself gives you a really strong appreciation for the frontlines of this type of combat (bomb disposal) and the men who half to do this insane work. The story is gripping and real. Most definitely recommended. It will surely be rereleased on the big screen come Oscar time. It JUST got released on DVD. I HIGHLY recommend this movie.

What is with documentaries as of late? Since when did they get so good? It used to be like watching paint dry and now they are as exciting (often more exciting) that your average Hollywood flick. This story on has-been metal group Anvil is riveting. The band actually never stopped playing together and used to open for all the big metal groups on the 80’s across the world (Scorpions, Iron Maiden, Metallica). And while all those bands ‘made it’, Anvil did not. Yet they made 13 albums or so and kept making music while keeping really crummy jobs as their primary source of income. And this documentary follows them on a DISASTROUS European tour as well as the trials and tribulations of everyday band life.

Really great to watch and very real (obviously). One of the year’s top top movies for sure.

Well it wouldn’t be a top ten list unless Pixar wins it yet again. I’m glad I don’t really have to rate the Pixar movies against each other since that would be a nightmare. But Up feels like one of the best for sure. I know of no one that didn’t have tears in their eyes in the first 5-10 minutes of the movie. Everything about this movie is just really really special. Brilliant year for animation in general and you know that Pixar will take the Oscar yet again (although this year they have real competition with Coraline, Mr. Fox, etc). Make sure you see Up if for some reason you haven’t. It’s spectacular.

A really strong year for movies overall in 2009. Thank goodness because the video games this year were NO GOOD. Can’t wait for 2010, will Pixar’s Toy Story 3 take top prize? See you in 12 months.

If you end up seeing any movies on this list based on this article, lemme know how you liked it! Thanks for reading!

Black Barney is a member of Fortress: Ameritrash.