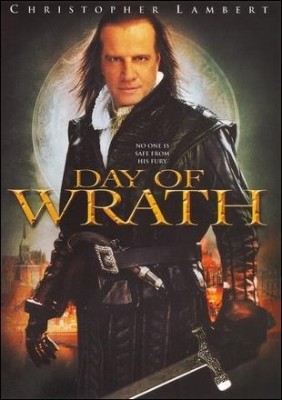 If I told you that this movie is about a Sheriff in 16th century Spain who is investigating a series of murders of local noblemen and that his quest for the truth leads him afoul of a sinister Hungarian assassin, the head of the Inquisition, and even the governor of the province itself and if I further told you that it is filled with intrigue and conspiracy and dark secrets, that it has sword duels and chases and romance and tales of unrequited love, you might think that this movie must be awesome. With a premise like that it must rock! But you would be wrong. So terribly terribly wrong. First, I don't know how many box tops Christopher Lambert had to send it before he received his license to call himself an actor but it was certainly far too few. Second, his fellow perpetrators in this defilement of cinema are no better. All the supporting cast should be ashamed of themselves. Third, the sets make the Styrofoam rocks in the original Star Trek series look like triumphs of realism. Fourth, the sword fights remind me of playground stick fights only slower and clumsier. Lastly, the eventual explanation for the mystery, outdone in many a Scooby-Do episode, is so contrived and tortured it will make you wish for a visit by the Inquisition. If I've been to subtle allow me to clarify, this movie is hideously bad.

Netflix Status: Really, your curious? Save yourself the trouble and go slam your hand in the car door. It'll be less painful and you won't have to wait for the mail. DVD only.