When he paused I knew he was a Cylon.  He didn't need to do anything.  Pause, Cylon.  As he stuttered I imagined a brig door at the far end of the huge ship swinging open.

Alright maybe you need a little bit of background into the group to appreciate that this has nothing to do with strategy or tactics.  I'm a tactical guy don't get me wrong; I can work the decision tree with the best of them.  But sometimes it's even easier than that, and maybe even more dependable.  Commander Adama was Commander Adama for a reason, and that's pretty much all I needed to figure out where this guy was coming from. 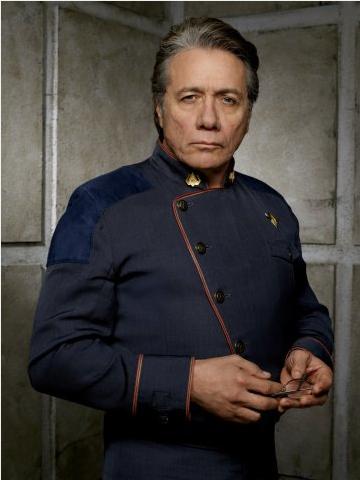 I'm talking about Chris.  I've nicknamed him Killed-The-Whole-Damn-Party-Chris from a truly boneheaded mistake he made playing D&D years ago, but I won't go into that.  Chris is a guy that likes to be in charge.  A high ground guy.  He wiggles in his seat when he's not in a position of strength in a game, gets stoney quiet when the win slips out of reach.  And it extends into his real life -- he runs his own business.  He's good at it.  He's a natural at being in charge and I'd work for him any day.  So it makes sense that he scooped up the Adama card when it came coasting by, and I had no doubt he intended to go after the Presidency as well the moment the opportunity presented itself.  A good guy, but I want him on my side of the table, not the other.

Now, in a six-player game with Baltar there's 13 loyalty cards and only 2 of them are Cylons.  Only half are out to start and this was early, so the likelihood that Commander Adama was a Cylon was pretty doggone small, under ten percent.  But Cylons can make quite a mess when they want to, especially with two nukes in front of them and the choice of jump cards.  The mess can be even bigger when their name is Killed-The-Whole-Damn-Party-Adama.  So with Mr. Control in a position to exert himself I wanted to get a bit of a read on the man before things went too far down the road.  Just prior to our first jump I took the opportunity to peek at the top of the jump stack.  I found a solid slice of bad news --

Arguably the worst card in the deck, it's not the kind of thing you hope to pull on your first jump out of the gate.  As a human (so far) I didn't want this, but as I looked at it my dark side thought it might be fun to put it back on the top of the deck just to stir the pot.  Then as I thought through what Chris would think when he saw it, it dawned on me that it would make for a pretty interesting turn of events if, if, it turned out he was a Cylon.  So I put that card right back on top.  No sense throwing away a perfectly good Cylon detector.  Two turns later it was jump time and Commander Adama grabbed up the top two cards.

And that's when he paused.  I was digging down into the candy bucket looking for one more Krackel bar when this happened, but I didn't need to look up to know the look on his face.  This wasn't merely a pause; this was a full stop.  Chris' brain was processing WAY more information than any human would have to in the situation, and with each passing moment it became more clear that he was trying to figure out how to not blow his rapidly-disappearing cover.  If he was a human he would have just picked the better of the two cards, almost assuredly the other one.  And if both stunk, he'd have no choice but to show the other to prove his loyalty to me.  But instead he paused.  Chris is smart, the decision should have been straightforward, but it wasn't, and that was all that I needed to know.

"Cylon."  He was sitting beside me so I just tipped my head towards him without looking out of the bucket.  I kept it simple.  I didn't want to overplay it.

"My turn's next so I'll just brig his ass."  Paul's comment was casual but suitably cold-hearted for the occasion.  He's so dependable.  He was sitting in his "angry chair" at the time, a lounger away from the playing table that he likes to move to when things aren't going his way.

Chris, still hesitating over the cards, replied, "Dude, what the hell???  I haven't even DONE anything yet!" 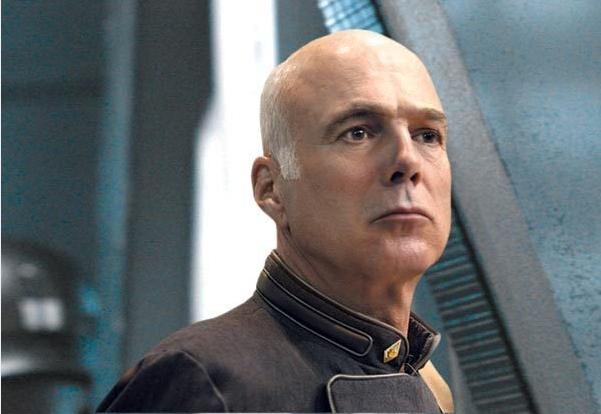 But Paul looked right back at Chris, pointed at me and said, "I've known that guy for thirty-five years and if he says you're a Cylon then you're a god-damned Cylon.  Now jump the ship and grab your fucking toothbrush because no one's going to help you."  This wasn't just Paul.  This was Running-Will-Only-Postpone-Your-Traitorous-Death-Paul, and the fact that he was playing Colonel Tigh (and kind of resembles him) just added to the strangeness of the situation.

Chris threw down the Ice Planet card to try to sow doubt about MY loyalty, but that proved an unmitigated disaster.  All three of the other players at the table just erupted in mock outrage, shouting down any and all appeals Chris was trying to put up in his defense.  "You should have seen the other card!" Chris shouted at them, but no one was buying a minute of it.  Paul, returning to the table with his interest in the game suddenly rekindled, helped himself to the Admiral marker and two nukes.  Chris continued his useless defense and began pushing the edge of the whiner envelope, so I opted to twist the knife just a shade farther around.  "Hang on hang on hang on . . . just to be safe," I said, pausing for effect, "maybe the best thing everyone could do would be to just throw both of us in the brig, just to be extra-safe."  Sitting in a cell was a small price for honest-Helo to pay, especially since I requested the cell across the hall from Adama so I could "keep an eye on him."

The game continued, but it was pretty much over at this point, the best of the action already on the books.  Regardless of what happened from here on out, victory had been achieved.

Because this wasn't about winning the game.  This was about Chris losing.  I love Chris; he's my bud.  But this was Chris losing at his own game, and that is truly a fine catch.  It wasn't merely the reward of winning.  This one gave me insight into the man.  When he paused, when he hesitated, he was voicelessly saying "I'm in charge just as I should be . . . and I have no idea what I should do right now."  I had found a limitation in him.  Getting one of those out of Killed-The-Whole-Damn-Party-Chris is a neat little trick, one that I don't pull off very often.  I hadn't won the game, but I had beaten Chris like a rented mule.  This was unique victory, one too-rarely achieved.

I learned a little bit more about Chris that night.  To a large degree I think part of the reason that gaming in public venues is dry isn't because there aren't interesting games or people at the tables.  There's plenty around if you keep your eyes open.  But there's no history, and that history is valuable.  Years back Paul showed me this new game called Panzer Blitz -- he wasn't exaggerating when he said 35 years.  In fact we're coming up on 37.  Had there been doubt in anyone's mind that Chris was a Cylon I could have looked Paul in the eye and said, "Bud -- get my back on this one" and he would have been there.  We owe each other 1000 benefits of the doubt.  But I didn't have to, and the reason it played out the way I did was because I knew I didn't have to.  Two of the other four I've played games with for 20 years, so there's a deep current of understanding of who everyone is, where they come from, what makes them tick.  It wasn't just knowing that Paul would support me, it was knowing that everyone else, given a whisper of excuse, would toss Chris in the brig just to see how he played it.  And with each play of a game like Battlestar you get to take one more measure of the individuals across the table from you.  You learn.  The history grows.  The bonds strengthen.

Sagrilarus is a monthly columnist for Fortress: Ameritrash.

Click here for more board game articles by Sagrilarus.