I Don't Care About the SDJ Anyway... 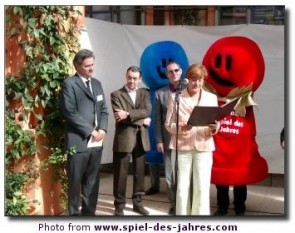 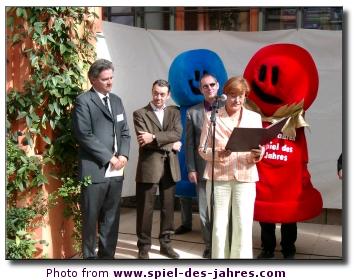 Well, the Spiel Des Jahres nominees were announced the other day.  And of course, they were mostly boring-looking (and pretty obscure) Eurogames that will likely be forgotten within two or three years.  The funny thing is that the big hoopla games like AGRICOLA and RACE FOR THE GALAXY were ignored.  AGRICOLA got a nod for some special prize for "complex" game.  Guess the jury didn't play CODE BLUE this year.

Anyway, when the Eurogame thing started happening back in the mid-90s, all eyes were on the SDJ.  I would watch and see who won and I often used it as a guide to what the best games were likely to be- when we were having to import these games at $60 a pop or so and there wasn't any English language material on them, it was a good way to avoid throwing your money away.  But then I got ELFENLAND.  And now the award seems almost completely irrelevant.

The thing is, SDJ is now an internationally watched award yet it still retains its focus on marginal European family games.  Which is a shame, because an award of its stature and recognition could be used for good instead of evil.

You know what to do- this way to Gameshark.com.   Make Bill Abner happy!

Discuss this article
Log in to comment
Posts in discussion: I Don't Care About the SDJ Anyway...