Three quarters of the way through I was being booed by the spectators on both sides of the obstacle course.  This wasn’t “disappointed” booing, this was “angry” booing.  This was “hate” booing.  There was one guy of the 300 or so watching was rooting for me to open an even bigger lead, but he was wisely keeping his mouth shut.

This was awhile back.  I was younger and healthier back then, 20 pounds lighter and still relatively quick.  I was way ahead of the seven-year-old kid I was competing against, and I wasn’t slowing down.  I was all-in, running as hard as I could and positively crushing a fifty pound bean-pole midget who needed help (and about 20 seconds) getting over a six foot wall, the first obstacle in the course.  I had put one foot in the middle of it and bounced over, giving me one hell of a lead before I had exhaled a second time.  One adult threw his half-full coffee cup at me but I ducked it.  I kicked in the after-burners, leaving little Billy Bean Pole to kick and scratch and claw his way over an obstacle nearly twice his height.  Spending a moment to look back would have slowed me down, so I didn’t.

People ask me about gaming with kids all the time.  It’s not just because I play a lot of games.  It’s as much about appearance as anything.  I’m a middle-aged white guy that wears ties a lot, so people think I’m smart.  I also have four kids and a hundred or so games, so everyone assumes I know what I’m talking about for that particular subject.  That may not be the case; you can decide for yourself.  But playing games with children, particularly the subject of winning and losing comes up a lot for me.  Parents ask my opinion, and I answer honestly. 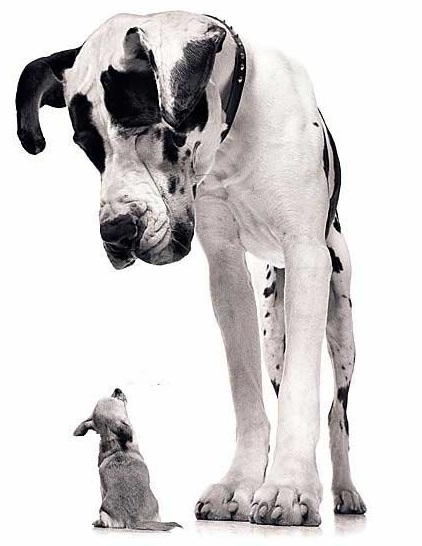 That doesn’t often please the parent that asked.  They're looking for some nuance, some secret method to make meek children brave and brash children mild.  But short of playing against someone aged four or less I play to win, and I don’t hide it.  Oh sure, I may pick a game that limits my ability to excel (Zombie Dice instead of aMAZEing Labyrinth, that kind of thing) but short of a teaching game where I’ll specifically make a bad play to demonstrate a concept, I’m going for the win heart and soul, and I let the child know that.  I'm going to set an example.

Now before you start getting up in me for being some sort of obsessive-compulsive win-at-all-costs kind of guy, you need to know that’s just not the case.  Witnesses here can testify to my good spirits at WBC in spite of truly horrible play at Struggle of Empires.  I don’t have to win.  But I try to win, and I expect no less from my opponents.  And this is part of my approach when I sit down to play with kids.  I promise them that I’m going to give them good competition, and that I expect nothing less in return.  Play hard.

It’s hard to plead your case at a dead run, and likely no one on the sidelines understood why I’d unapologetically blow away a seven year old kid.  It's ungentlemanly especially since this was a Cub Scout event where us adults are expected to be trustworthy and honorable and all that.  In fact it was worse than that, it was my obstacle course.  I had designed and managed it the day before when the kids had gone through it to earn an award.  But that was why I was running it in the first place -- the only adult to compete.  The Dads had goaded me into running the last race of the weekend and had intentionally picked three-foot-tall-wiener-boy to run against me.  It was a set up.  I couldn’t win.  If I won I lost, and if I lost . . . well I lost big.  The whole point was to make me look like a stooge and I was ok with that.  I have a gift for it.  But in their attempt to stick me the Dads had unwittingly put the kid in a tough position too.  If I mooked my way through the course and intentionally fell on my ass he wouldn’t be in a position to claim anything, certainly not victory in a fair race.  And if I beat him . . . he just lost.

I cleared the ten-foot long 4x4 with a single step in the middle, kept moving full throttle.  The Dads in the crowd were having to find creative ways to express displeasure, language hindered by the young audience.  The kids were less reserved, saying truly cruel things.  One was particularly hurtful.

After responding with that “play hard” part I usually explain to parents that kids are smarter than we parents think.  Some are really smart, and it’s not uncommon for really smart kids, game-playing kids, to see through you when you don’t play your best.  When they catch the whiff of you throwing a game, it’s over.  You've lost their faith.  They disengage.  That kid wants to test their mettle against a real opponent and when they see you pull a punch they get pissed.  They give up caring and for good reason -- what satisfaction (and more importantly what lesson) does that kind of child take from a compromised victory?

So when I think a kid is up to it, I’m more honest and less nice.  I play hard.  When I play with my boys I advise them of their chances for victory given the game on the table and my extra years of experience.  It’s not uncommon for me to say “I can teach you to play that, but I have two-dozen plays in and that’s going to make a big difference.”  In short, I set their expectations appropriately.  Then I let things play out as they will.  Don’t get me wrong – I’ll handicap a game whenever it’s practical but that will be part of the conversation as well.  That only comes via mutual agreement before the first move.  (That choice-of-game thing I mentioned above is a big factor in this, and I make it a point to steer towards games where handicapping is readily available.  Memoir '44 is an excellent example of this, where something as simple as the chosen scenario can make a big difference in the session with a disadvantaged player.)

I’ve been playing Chess against my twelve-year-old for five years now and he hasn’t fared well.  Each game has given me the opportunity to coach and to explain concepts, and in spite of loss after loss he’s learned, gotten better, and become comfortable with keeping his head in a game where he faces near certain failure.  Chess is a hard game to handicap, though its perfect information puts coaching front and center.  My boy has never expected to win, because I’ve told him that it will be a very steep hill to climb.  But climb it he has and as you should well expect he eventually did win.  A few months back he capitalized on my over-aggressive play style and cornered my queen deep on his side of the board, forcing me to surrender her in exchange for a mere rook.  I fell onto the defensive and never recovered.  He rolled me up on one side of the board and soon after the game was over.  His first win against me at Chess was complete, and here’s the thing -- he was absolutely positive that he had earned every bit of the victory, because Dad doesn't give out freebies.  This win was his, all of it, and he damn near fell down the stairs from the rush in spite of trying to look all cool about it.

So I needed to set expectations appropriately with that seven-year-old kid before we ran the obstacle course.  I didn't want to throw it.  The Dads volunteering to help were well-aware that I had designed the majority of the course and that it would be a big finish for the weekend if the guy that made the course made the final run against a scrawny little kid.  I was up for it.  But I also wasn’t stupid.  I did what I always do before stepping into competition – I prepped.  I stood at the starting line and considered each piece of the course, running the course in my head before doing it for real.  It’s what I do.  I had pulled my buddy Paul aside (my fellow Camp Master for the weekend, the guy that introduced me to wargaming, and to role-playing, and to Ameritrash-style games and incidentally the guy that I quoted at the beginning of my first article here of FortressAt.com three years back – “running will only postpone your traitorous death”) and explained to him the obvious problem.  He agreed to run interference for me and moved the people farther back from my side of the course.  Then I pulled the boy I was to compete against aside, got down on one knee and told him how things were going to play out.

“Alright, here’s where we stand.  I’m bigger, faster, and stronger than you.  That’s how it goes and we can't change that.  Short of me breaking a leg in the muddy part I’m going to be faster than you for virtually this entire course.  Make sense?”  The boy nodded and I pointed him in the direction of the finish.  “Look over there at the last piece of equipment before the finish line.”

The course ran like a horseshoe so the end of the course was relatively close to the beginning, though a patch of trees hid things a bit.  The last obstacle before the finish line was a pair of corrugate pipes, 30 feet long and maybe 30 inches high.  The Highway department and loaned me them for the weekend.

“That’s the one place on this course where being bigger, faster, and stronger is going to be a disadvantage. I’m guessing it's going to take me thirty seconds to get through my pipe.  You’re going to bend at the waist and go through yours on your hands and feet, almost at full speed.  I want you to understand something before we start: I’m going to run hard, I’m going to go full throttle, I'm running to win.  But that pipe is going to be the end of me.  You have a real chance to win here.  Do you understand that?”

He nodded his head.

“But only if you stay in this.  When that whistle blows, I’m going to take off and I’m going to get way ahead of you.  Don’t get discouraged; don’t give up; keep going as hard as you can.  You have a shot at this, fair and square.  You with me?”

He nodded again, this time with a smile.  He was in the game.

“It’s all going to come down to that pipe, so I’m not going to hold back.  If you win this, it’s yours.  You own every bit of it.  No matter how far ahead I am, don’t you give up.  You run hard until you cross the line.”

We gave each other a smile, shook hands and took our positions.  There was one last look from him, sizing up his opponent.  Then whistle blew, and the race was on.