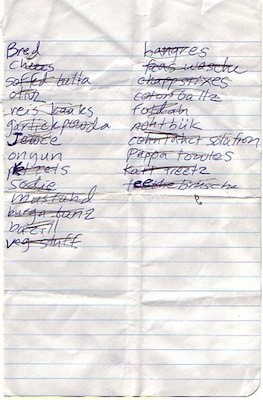 Anyone who claims to have any authority on a subject needs to do  their homework. Would you trust a film critic who had never seen The Wizard of Oz or Casablanca? How about a rock columnist totally unfamiliar with The Who? Well, I’ve fashioned myself as something of an authority on board games (cue laugh track), but I must confess some gaps in my own knowledge of the hobby. So I thought about what games are among those that I feel I should have played by now and haven’t?

Don’t misunderstand me, I’m not trying to make a comment on the relative importance of all of these games, important though they may be. Rather, these are games that seem like obvious choices for me, or maybe for game writers in the broad sense. I tried not to pick anything too recent, to give myself a little perspective in making the list. There are altogether too many recent titles that I haven’t gotten to, but that I probably will in the near future. No, these are games where I really have no excuse for missing them.

I’m a big fan of Sid Sackson’s Acquire because of how well it distills the concepts of the stock market and corporations into a 45 minute game. It’s a fun game too, probably one of my favorites for 3-4 players. So why have I never checked out Sackson’s push-your-luck classic, Can’t Stop? I honestly have no idea, because I love push-your-luck games, and I am an admirer of Sackson’s body of work. I’ve passed it by numerous times on sale shelves, and then when I finally thought I would track down a copy it went out of print. A couple of friends brought it to game nights, but it always got passed by in favor of newer stuff. Eagle Games released a reprint of this one, so I’m officially out of excuses.

I don’t know if everyone would agree that this is as big an oversight as I feel it is, but I mainly put it on the list because one of my friends bought a copy and a couple of teams, painted the minis, and has been telling me I need to play  for the past four years. Part of my hesitation is that I’ve always heard the game described as one that works better in the long form, as a league. If that’s what I’m waiting for, I might as well give up. I don’t have any local friends who play this besides the one guy who owns it, and I think even for him it’s more of a trophy than an actual game. But I’m about 95% sure I’d like it, since I love football and rolling dice, and there’s a lot of that in Blood Bowl. I’m a little fuzzy on the availability of this one, but I do see copies every now and then. I should just make the time to play it, and see if I want to snatch up one of those copies for myself.

I actually kind of do have some excuse for not playing Civilization or Advanced Civilization. Basically, I just haven’t the time line up with an opportunity. It’s a big oversight though because it’s one of the most influential games ever designed, essentially spawning a genre. Whenever I write about or discuss a civ game of any kind, a little voice in the back of my head tells me that I’m not really qualified to do so since I’ve never actually played the big ol’ grandaddy of them all. Honestly, I’m not sure when this will ever happen. It takes several hours and commands a big group to do it right. Besides that, I understand that it’s the sort of game that needs to be played “right” for it to work at all. By that I mean that experienced players will know the right moves and strategies to employ, while little ol’ me will bring up the rear for the whole game. Still, there is a group in Kansas City who plays once a year or so. Maybe I could…oh, they just played this past weekend? Never mind then.

Don’t get me wrong, I really do want to try Diplomacy sometime. A friend of mine is threatening to put together a game next month actually. But any drive I have to play is mostly based in obligation, not in actual enthusiasm. Honestly, I tend to be terrible at games that encourage a lot of open negotiation. I just am not good at driving a hard bargain and I’m just a little too lazy to really question anyone’s motives. I’m sure that a full game of Diplomacy would break me of that in one game, but it would be another long game that requires all seven players to make it good. I’d have to psych myself up for it a little. But there’s no denying that it’s a giant in board gaming, a favorite of college students and high schoolers with no summer job. I’m even told that Henry Kissinger enjoyed playing, which is a fun thing to say whether it’s true or not. I promise I’ll try it someday, but not without reservations.

I didn’t grow up in a setting where roleplaying was on anyone’s radar. The unfair reputation of Dungeons & Dragons among the evangelical community was enough to remove it entirely from my worldview until I got into board gaming a little over five years ago. I’m now at the point where even my RPG buddies are having kids and generally less inclined to do any roleplaying at all. The thing is, it’s not easy to get into on your own. You really need someone else there to help you along and decipher the rules of any system. I have had many lofty goals of playing the West End Star Wars RPG (which I’ve read up and actually understand pretty well), but nothing yet. Mostly, I’m just intimidated at how open it all feels, where you can basically do whatever you like. But I feel sure that if I got there, I would have a ball. I’m given to more narrative forms of gaming anyway, and what’s more narrative than an RPG? At least I’ve already made a promise to play Fiasco with a couple of buddies. One of these days I’ll make good on it. Until then I’ll just have to bluff my way through the hobby, pretending to know what I’m talking about.