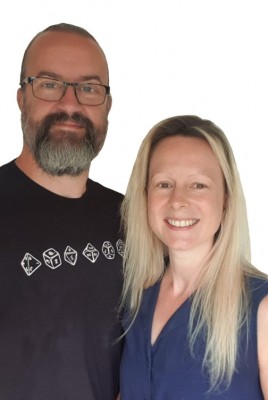 Publisher
Loke Battlemats
There Will Be Games

One of my core aims with The Giant Brain is to promote designers, creators and publishers in the UK gaming scene. This series of articles interviews various folks from across the UK tabletop gaming scene to get an insight into their products, their thoughts on current events in the industry and anything else that pops into my head. I hope you enjoy it.

First launching in April 2018, the Big Book of Battlemats was one of those products that impressed me with its simplicity, and felt like it should have always been a part of the GMing landscape. For those not familiar these are spiral bound books of square grid maps for use in RPGs like DnD (other fantasy RPGs are available).

I’ve spoken to Matt Henderson a couple of times at conventions but with the season devastated by lockdowns we’ve turned to a virtual interview to have a chat this time round. Joined by his partner Tamzin Henderson, they were good enough to answer some questions on the genesis of the product, how Covid has affected their business, and the tabletop business in general.

I can’t remember when I first came across your products but I was immediately taken with how simple and practical they were. What was the genesis of the battlemat books?

Matt – I wanted a way of making life easier for DMs! I’ve been running games for over 25 years now and sometimes it's hard to find the time to properly prepare for sessions. As my own game moved away from theatre of the mind and towards using miniatures for tactical combat I started designing maps for the bigger encounters.

As a travelling DM I quickly ran out of space in my bag so we went looking for other formats we could use (we had already ran a Kickstarter for roll out RPG Maps in PVC so I had about 100 map designs at this stage!). One printer sent us material samples in a wire bound book and that was the light bulb moment! 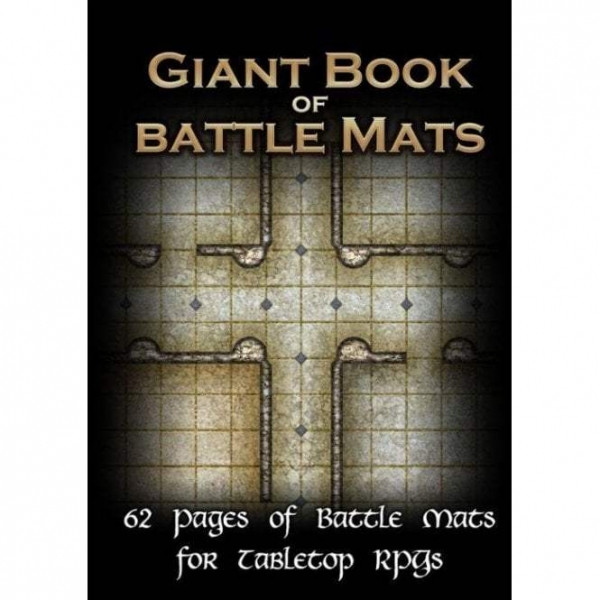 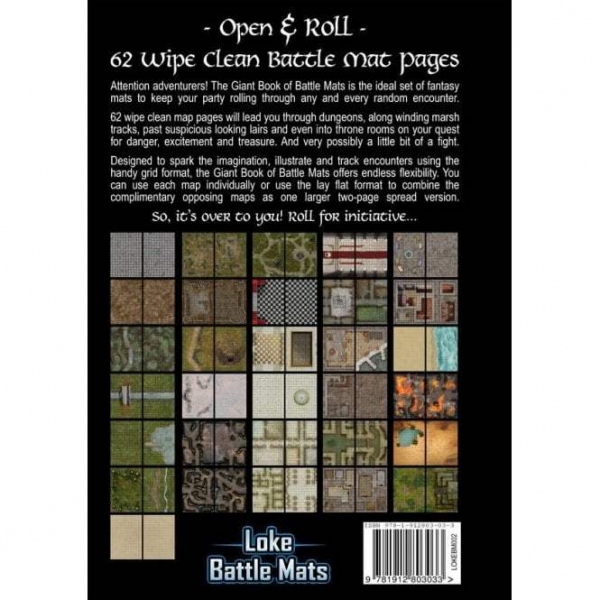 The Giant Book of Battle Mats, even more map for your buck!

Originally we prototyped and launched the Big Book of Battle Mats as a tool for travelling DMs but it very quickly came across that a bigger tabletop based format would also work so we launched the Giant Book of Battle Mats later in 2018. This has been followed by Sci-Fi and CyberPunk and then more fantasy versions and we also have a range of modular book sets.

The joy with a wire bound book is that you get 60+ maps for 2-3 inches of space on your bookshelf! The books also fold in half as well as laying flat so will fit small or large gaming tables equally well and work very well with other formats (such as larger roll out maps and vertical terrain) so you can mix and match all your existing kit!

Is it just the two of you that run the company and is it now a full time endeavour? If so, what was it like making that leap to full time?

Tamzin - Yes it is just the two of us! I came across to this full time back in 2017 and Matt has been able to gradually reduce his hours at his old job over the last few years to move across to Loke as it grew.

It is pretty scary making that leap to your own business! I had gone down to part time in my previous job following maternity leave so making the jump was a big move but it coincided with a big change project at that organisation so it all felt rather well timed. Matt was actually running another consulting business so he has been able to balance the two as Loke grew he was able to gradually reduce his time on the other business.

The obvious downside is that we do spend a lot of time on the business so we do have to do a bit of juggling! Especially at the moment as we also have our daughter home so I do have to balance work and homeschooling so there is a lot of evening and weekend work going on. 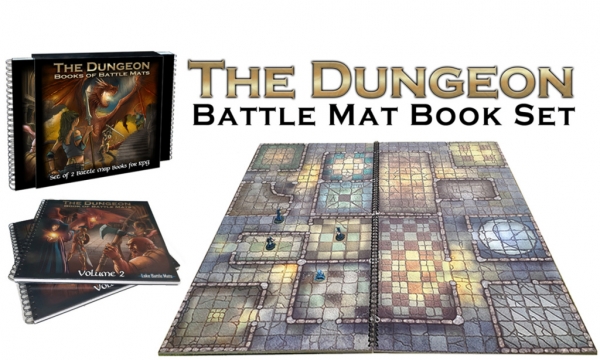 Do you have a particular favourite RPG system and why do you like it so much?

Tam - At home we play D&D 5e with my 9 year old daughter. It’s a good system and its straight forwards and very well supported which makes Matt’s job of running it much easier!

For his weekly game, which has been going now for about 25 years, Matt has designed his own system which he co DMs with a friend. That game has its own world which they designed as well. Essentially his system removes some of the luck element from dice rolls so you rely more on skill!

How has Covid 19 impacted your products and release schedules?

Well it has been an interesting year!

We were due to release our CyberPunk Book range in April, and we had the stock but with all the stores closed, and our warehousing and shipping partners closed we pushed it back.

We are still feeling the effects as the stores start to reopen and we are trying to time our releases now to support the shops who carry our books with getting people back in while not swamping them with all our releases together!

Has the impact of Covid, made you look outside of your normal channels for selling the books?

We have distributors worldwide who sell our books into local hobby & gaming stores, so COVID has an immediate impact there as shops and warehouses closed.

We have our maps on DriveThruRPG, and we have made a free care package to help people game online, and we have made some deeply discounted bundles available as well. We have seen a big increase in people downloading our digital maps as of course people move online. We’ve also seen some great set ups of people filming our books and using Zoom & Disocrd to use physical maps digitally as it were.

We’re just starting to see things opening up again, and we’re very hopeful that is we can all embrace some new ways of doing things then things can start to get back to normal.

Do you think that the shift to online conventions will have a longer lasting impact on the way you do business, and that conventions in general are attended?

Tam - Yes I think we must see a change in 2021. Necessity is the mother of invention and this hopefully is a real opportunity.

Conventions now have the technology to reach out and really engage with not only those in our community who are regular attendees of conventions, but also those who have not previously/will not now feel able to attend. So I truly hope this is an opportunity to broaden convention’s reach and bring in even more people in the community to game, chat, test and enjoy everything a con has to offer, just in a new way!

Do you have any future plans you would be willing to tell us about?

Inside the big book of Cyberpunk Battle Mats

We will also be releasing our new modular RPG Map Book set – Towns & Taverns once the Kickstarter is fulfilled later this year and we’ll be Kickstarting our newest product range once that is complete!

What product from another UK based publisher or designer are you most excited about in 2020?

Matt – Mantic’s new Terrain Crate from the Crate Expectations is due here soon, which is very exciting. I’ve already got most of their stuff (although I do keep meaning to get it painted!

Tam – I am a big fan of Bedsit Games & Paul Stapleton (virtually our neighbour here in Brighton). We loved Pauper’s Ladder (endearingly like Talisman) and my daughter can’t wait for his next game!