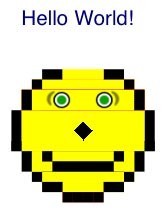 Ever seen The Dead Poets Society? I bet most of you have. If not you should check it out sometime - it’s quite an emotionally manipulative film but it’s that rare thing: a really rather good emotionally manipulative film. But this shouldn’t concern us. What I want to highlight is that the film begins and ends with scenes based around an essay from an English Literature textbook. The essay suggests that if one were to draw a graph and make one axis “perfection” and the other “importance”, plotting the appropriate points for a given poem would yield an overall measure of its importance. The film ridicules this notion but it’s quite clear what the essay author was driving at: he was looking for some sort of scientific, quantifiable way of measuring artistic merit.

That even an artist should go seeking something like this is no surprise. Personally I have a very mixed relationship with modern art. It tends to elicit an extreme reaction from me one way or the other: most of it I really, really hate but sometimes I’ll come across a piece that just blows me away. For years I’ve been searching for some measure, some means, some sort of trend in the stuff I like that I can use to make an argument as to what makes good modern art good and allows me to dismiss the stuff I hate as being rubbish with impunity. But, frustratingly, I can’t find one. Even if, like me, you prefer classical art you must have wondered at some point whether or not the indefinable quality that makes a Michelangelo portrait a thing of astonishing beauty compared with the skilfully executed yet humdrum everyday portraiture of the Renaissance is something that could be distilled, bottled or otherwise isolated. But for the life of me I can’t see why one is genuis and the other is tedious. I just know that they are the way they are. It’s natural to want to have some yardstick by which to measure quality. Without one, criticism can be regarded as nothing more than a series of subjective fads, really no better than sticking your finger in the wind to gauge the weather: anyone’s opinion is as good as anyone else’s.

After about three years now of writing regular articles about board games, I find myself in a similar position when it comes to game criticism. I’ve looked, long and hard, for things about the design or the mechanics that unite favourite games, be they personal or popular favourites. But I’ve done better at coming up with things that you shouldn’t do: things that seem to unite weak games, such as meaningless design goals favouring money or play time rather than robust ones concerning theme or mechanics. The nearest I’ve come to finding a unifying thread was what I discussed in my last column about building on the shoulders of previous titles and making sure you add something better. And while I continue to support that argument, it’s hardly scientific.

And this is a problem, for two particular reasons. The obvious one is that as games become increasingly expensive in the aftermath of the global recession it becomes increasingly important for us, the consumer, to be able to make solid and informed choices about what we’re going to buy now that our gaming expenditure has been effectively squeezed. We need to make sure we buy games that we’re going to enjoy and that are going to see good table time to make sure we get a return on our investment. And obviously, since we can’t all have the luxury of trying out every game that we’ve ever considered buying, reading game reviews and informed criticism from people that have played them is a vital tool in our armoury. But if it’s finger-in-wind time when it comes to personal taste, who on earth can we trust?

The less obvious problem is that taste in games seems to be a divisive factor in board gaming more than almost any other corner of hobby gaming generally - perhaps even more than hobbies in general. If, like me, you enjoy video games then obviously you’ll have some favourite genres of game to play. Personally I like FPS and sports games best, and I don’t usually like platform games very much. But if I were to go to one of the many sites that collate game review scores and pick the top few platformers for my console I know for a fact - because I’ve done it - that I can buy with confidence and get a game I’m going to enjoy. Because people who like video games generally, it seems, like a good video game no matter what genre they favour: their preferences come in to play when filling in the gaps with slightly weaker games. There’s generally a solid agreement that the best games are, well, the best games, no matter what particularly you like to play. You can see a similar pattern in RPG’s and other areas of the hobby. But in board games, one man’s meat is very much another man’s poison. If you look at a list of the ten highest-rated video games for my Xbox, I’d agree that nearly all ten deserve to be there, or close. I’ve played most of the supposed ten best board games in the world, and I think perhaps just two of them deserve their prestige.

This great divide in personal taste amongst board gamers makes it all the more important that we can find some sort of standard against which we can judge and measure games. Yet it remains frustratingly elusive. And unfortunately that’s about the best we can hope for. Reviews, impartial or otherwise, can’t offer an awful lot of help. Advertising is obviously biased. Word of mouth and heresay through friends or through the internet isn’t at all reliable, especially considering how excited we all tend to get for the first couple of plays of a brand new game. It rather looks as though games have a bit more common with fine art than perhaps we thought after all.

But wait. Isn’t that a bit of a strange conclusion to have to draw, considering that most of us, including me, would readily admit that game design is built on mathematical fundamentals? Even highly random games have a rules framework and a probability curve. If we’re analysing something which is basically a maths exercise then surely there’s something we can latch on to to start to draw up an agreed and objective standard by which to judge things? The trouble is that as I’ve been arguing all along, the current state of affairs rather suggests that we can’t. After all, if this many hyper-intelligent geeks have had this long to look at the situation and have come up with zero answers, what hope is there of a late breakthrough now?

So we’re left in the exceptionally strange position of being involved in a scientifically-backed hobby without any sort of objective analysis. In fact I think that it’s precisely this odd no-man’s-land which makes games exciting and interesting. The maths is all very well but games like Ricochet Robot which are based on little except maths don’t half get dull quickly. What keeps a game exciting and interesting is all the non-mathematical stuff: the chrome, the excitement of the unknown and above all the human opponent(s) you’re playing the game with. Of course I’ve been arguing along these lines for years, but what I find interesting in this current article is the angle that the lack of agreed standards by which to judge games rather lends weight to this particular argument: if the game was all about the maths, surely something approximating an agreed standard would have emerged by now?

In fact I’m being a little unfair here because such a standard does exist, although it’s not widely recognised as such. I’m talking again about that old “meaningful choice” chestnut. Well, I tried to put a lie to that in a previous article but here’s another stick to beat that particular argument with: the fact is that whilst meaningful choice is an important standard for many gamers it doesn’t guarantee a solid game. Age of Conan, for example has bags of meaningful choice but hasn’t been widely celebrated as a game. Instead it was derided (unfairly in my opinion) for being unthematic and (rather more fairly) for being too slow and undramatic. In other words it lacked exactly those sorts of intangible qualities like chrome and excitement that I alluded to earlier. It’s precisely those sorts of non-quantifiable qualities that set games apart from the crowd, and since they’re non-quantifiable well, you can’t quantify them. There is no agreed standard. What is it that separates games like Puerto Rico and Agricola from worker-placement clone #1134? Not just slicker mechanics, to be sure, but a certain something that you can’t quite put your finger on.

So with regards to reviewing games it just looks as though we’re going to have to fall back on the same selection techniques that we already use when buying other products of intangible quality such as books and music. Reviews and popular opinion help but at the bottom line it’ll be one sentence, maybe even just one word, that swings us one way or the other and helps us decide which we’re going to buy and which stay on the wish-list. The trouble is of course that games are more expensive and, it seems, becoming more expensive by the minute. Not much we can do about that except budget more carefully, buy less games and perhaps read a few extra reviews before we buy. But there is one nice thing about making choices based on intangible criteria - instead of weighing and checking and balancing and making a decision based on a sound statistical argument, it means we’re making choices out of our own free will, like the responsible adults that we are and that, too often, overly-scripted and mathematically prescribed games stop us being when we’re at the gaming table.