[Music] THE Worst Five Christmas Songs of All Time 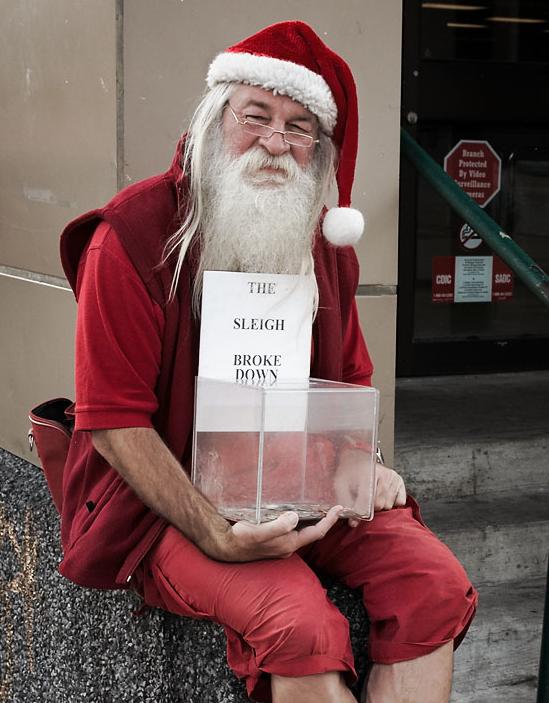 This time of year, you'll find plenty of radio stations who are on a constant 24-hour Christmas music rotation.  Most of them start around midnight Thanksgiving and carry straight through Christmas.  The idea is to gorge yourself on a veritable buffet of cheerful holiday sounds, sending you into a glazed but mostly pleasant Christmas mood.

Here are the five songs you're likely to hear this season that will not engender the desired holiday spirit...in fact, enough exposure to these, and you might go on a Feliz Navidad-fueled killing spree.

This is a song about a woman who's trying to leave for the evening, and a man with blue balls begging her desperately to stay.  Badgering her even, thwarting her every excuse.

We have another name for this one:  "Date Rape: The Musical."  Jeez man, just let the girl get home.  Apparently her entire family is concerned for her well-being, and seemingly for good reason, horndog.

Some of the versions are pretty harmless.  However, when you get Barry Manilow singing to KT Oslin and realize you're listening to a gay man trying to seduce someone's grandmother, it really, really breaks down.  Quickly. 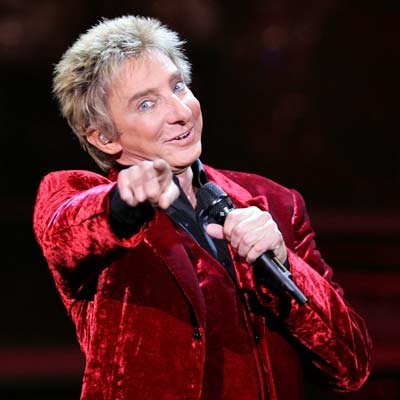 I don't know why I hate this song as much as I do.  I think it's the relentless mechanical-sounding beat where Elton John is BY GOD HAVING A SUPER HAPPY DANCE TIME 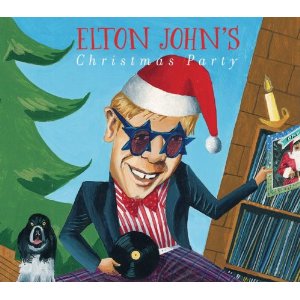 CHRISTMAS ALL DAY LONG.  It at no time sounds anything close to joyful; it sounds like cash registers ringing, which is probably where Sir Elton's *true* holiday feelings were dwelling the year it was released.

Near the end of the song, it kicks into overdrive, repeating the chorus for what feels like five solid minutes on it's own.  It doesn't help that I can't understand what in the holy hell he's saying.  Something like:

"Step Into Christmas
Dancing Together
We could hold a storm now forever and ever
Eat drink and be merry
Come down my chimney
Step into Christmas, emergency...WHOA-OH-OH"


Repeat about five times, and your head will explode just like that dude in Scanners.


This one I actually don't mind directly; it's a goofy, but upbeat little jingle about getting into the holiday spirit.

However, things break down once you hit the chorus.


"So whoop-dee-doo, and Hickory Dock
And don't forget, to hang up your sock
'Cause just exactly at twelve o'clock,
He'll be coming down your chimeny,down"


It kind of becomes its own fun little game--where will *you* fit "cock" into the above lyrics?

In the 80s, it was the hip thing to do for rock musicians to sit together in a comfy studio and sing entreaties to ending world famine.  It didn't really do as much good as just sending money directly, but that didn't stop a gaggle of British musicians from compiling this little gem.

Stars like Paul McCartney, Phil Collins, Culture Club, Sting and other "notables" such as members of Bananananarama (sp?) belted out their entreaties earnestly.  We learned that it did not in fact snow in Africa, and the only water they had was apparently the flowing river of children's tears.  It's the sort of maudlin hyperbole that would make Frank Capra say, "whoa, that's a little too sentimental."

My absolute favorite part is where Bono (he of the "bought a plane seat for his favorite hat" incident) croons "Thank God it's them, instead of you!"  So since that time, every Christmas Eve, we tilt our heads down in prayer and say, "God, thank you that you made other people hungry and not us.  Amen.  NOW PASS THE GRAVY~!"

If you haven't been exposed to this one, you should be glad.  "The Christmas Shoes" tells the story of a man waiting in line to buy gifts, when he spies a ragged, dirty child standing in line.  Apparently, his mother is really sick and he wants to buy shoes "in case Mommy meets Jesus tonight."  Because yeah, when you die, God is concerned about such things as not having the latest fashions.

The best bit is that the child tells his story to the clerk, and the clerk basically no-sells the whole thing..."sorry son, there's not enough (money) here."  It's REALLY funny if you imagine the poor kid was like 18 cents short or something like that.  "Yeah kid, that's nice and all, but ain't you got another coupla dimes?"

The song is meant to be uplifting, but comes across as strangely cynical and depressing.

To make matters worse, they created a movie called "The Christmas Shoes."  On the cover, Rob Lowe is smiling bitterly, sad realization in his eyes, as if to say, "Why am I here?  What the fuck happened to my movie career?" 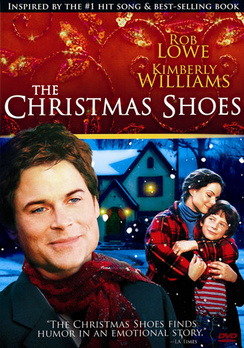 If the only song you'd ever heard Sir Paul record was this one, you'd think you were living in bizarro world when someone told you he was one of the most influential and talented musicians on the planet.

This song is a complete turd; a fluffly little trifle that wouldn't be so bad if it weren't apparently written just after Paul had gotten his new synthesizer.  The resulting "music" that came from this unholy marriage of Beatle and Casio Beatbox sounds worse than the "demo mode" on those Yamaha keyboards they used to have out at Wal-Mart.  You know the ones; where some jackass would press the button and then try to fool everyone into thinking he was actually playing "I Love You Just The Way You Are" even though just last week he couldn't bang his way through "Mary Had A Little Lamb."

Oh yeah.  So you've got this song that INSISTS we are "Simply Having a Wonderful Christmastime."  And then, if you didn't get that the first time, he wants to reiterate that "We're SIMPLY HAVING A WONDERFUL CHRISTMASTIME."

Then there is that interlude in the middle of the song.  You know what I'm talking about.  It's just you, and the meekly warbling synth line in a duel for your own sanity.

It can inspire madness very close to that of witnessing a Hound of Tindalos emerging from a folding corner in your room.

You know, the rumor from conservative-types in the 60s and 70s was that the Beatles were all atheist no-goodnik anti-religious types.  This song is enough to make you buy into that theory.

"THIS IS WHAT A HAPPY TIME WE'RE HAVING!  (*garbled demon voice*)  LENNON WAS RIGHT, ESCAPE BY IMAGINING THERE IS NO GOD!"