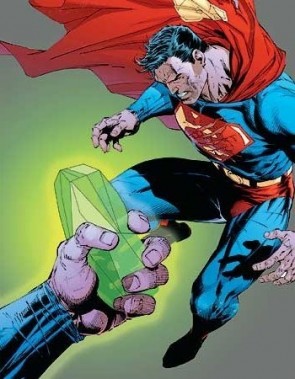 It’s a common misconception that playing a lot of games means you are good at them. There are obviously some games that only pay off with experience, where knowing the rules will surely give you an advantage. There are some that you know well enough to have a fighting chance, even if you don’t win all that often. But we also all have “kryptonite” games. Those are the games that we always lose. They might be a constant source of heartbreak, where we always find a wait to snatch defeat from the jaws of victory. They might be games where we just cannot wrap our head around how to win. But one thing is for sure: we almost always lose them. We all have that list of games, but here are mine.

Twilight Struggle
Let’s start with a game at which I just plain suck. I’ve played around ten games of Twilight Struggle, and I won once. That was the time I lowered Defcon using “We Will Bury You” in the headline phase, and then boycotted my opponent’s “Olympic Games” to trigger nuclear war on my opponent’s turn. For those who have never played, this is a little like winning a baseball game because the other team didn’t know that a ball hit into the stands counted as an automatic run. It’s a cheap way to win against a rookie player, which seems appropriate as my crowning achievement in this game. It’s probably the only game where I’ve read a lot of strategy articles and still didn’t improve. Usually my losses are the kind where I circle the drain for a few turns, make a couple of threats, and then lose in the Late War. Once I even managed to lose control of Europe during a scoring phase, the Twilight Struggle equivalent of a mercy rule. Khrushchev might as well be banging his shoe at me, because my opponent always buries me.

Wallenstein/Shogun
I tried to limit this list to games that I have played a lot of times, but Wallenstein is actually the game that made me think of this article. I’ve played Wallenstein and its successor Shogun a total of three times, and I’ve never gotten anything but last place. The second game is surely one of my most ignominious defeats. It was a couple of years ago at a convention, after everything had been going for a couple of days. I was the only person at the table who wasn’t drinking, which seemed like it would be an advantage. But I watched as my opponents kept downing drinks, and it seemed like the more buzzed they got the worse they thrashed me. By the time the carnage was over I had maybe half the points of the leader. A week or two ago I finally got around to trying Shogun, the 2006 remake of the original, and while I did a little better I still had some catastrophic luck from the cube tower. I think the peasants waiting in the tower with my cubes decided to murder my guys then and there and be done with it. Once again I had a last place finish, though I at least kept pace with the pack that time. Maybe if I play again soon I can manage a second-to-last finish, which I guess officially makes me the Cleveland Browns of Wallenstein.

Mare Nostrum
Most games I go into at least thinking I have a shot. I don’t think I’ve ever once thought that with Mare Nostrum. Oh, I’ve thought I was doing pretty well now and then. Maybe I have three wonders, tied for the lead. Maybe I have eleven resources, and I’m thinking I can build the pyramids and win that way. But in my heart I know the truth. No matter what, I will lose. After the game is over, I look at what everyone else was doing and realize that I was really wasn’t close at all. It doesn’t help that it’s the kind of game where you can’t look like a serious threat, or else everyone else dogpiles you. There are a lot of reasons why I’d be bad at this game, many of them revolving around reading a metagame and knowing when to invest in warfare. In other words, I think I lose because I don’t read the situation on the board very well and I don’t really know how to respond in kind. Maybe I’d be better with more experience, but I’m sure that’s what they said when Keanu Reeves was in acting school.

Space Hulk
Okay, I have an excuse for this one. Two excuses, in fact! First of all I don’t play very often, which makes learning the nuances and strategies of a particular scenario very difficult. Just recently I played a scenario where the Space Marines (me) had to prevent the Genestealers (my wife) from destroying a particular room. Per the scenario rules I was unable to use my flamethrower and assault cannon to defend the room. So what did I do? I took a “let’s see how this works” approach, basically how I play everything, and perched them near the entrance to keep back the swarm. This worked until they managed the make it through, and I was unable to fire into the room or else I’d lose the game. In short, I made a huge mistake. That kind of brings me to the second reason why I always lose, which is because I’m playing the far more tactical Space Marines about 90% of the time. The odds are already a little long for the Space Marines, and when you throw in my tendency to not think through my impetuous tactics it’s not pretty. I’m bold and willing to take wild chances that’ll get all of my men killed, like a Space Marine George Custer. The first scenario is called “Suicide Mission,” but when I’m in command every mission is a suicide mission.

Cosmic Encounter
What’s that? Nate’s favorite game? Surely he isn’t terrible at THAT one! Well, it’s true. I’d estimate that I’ve played well over 100 games of Cosmic Encounter, and though records are sketchy I think I’ve won MAYBE ten of them, probably closer to 20 when you include shared victories. Before I moved to Dallas I would hold occasional Cosmic Nights where we would play two or three games in a single evening. Among the friends who frequented these events, it was a running gag that I would find a way to lose no matter what. At least twice I have actually been the sole loser of a five player game, just so everyone could have a good laugh at my expense and keep this accursed reputation alive. Then there was the time when I played an eight player game and was one of only two players to lose. I actually think I’ve gotten better as I’ve become more aware that Cosmic Encounter is a game that rewards paying attention to what’s going on, and not just a game where you are constantly swinging for the fence. And since I don’t record my plays it’s possible that my winning percentage is higher than I realize. But then sometimes a reputation for being a loser is more potent than reality. Yeah, I’m sure that’s it.