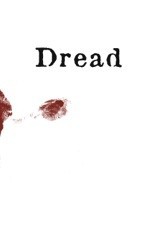 Something a bit different this week. I’m not sure we’ve ever had an out and out RPG review on the front page before, but that’s what’s on offer today. And given that it’s a horror game and that we’re approaching a certain ancient festival at the end of the month that has particular relevance to gamers, and that we’ve pretty much done the topic of horror board games to death in October of previous years, it seemed appropriate. So, ladies and gentlemen, I give you Dread, a horror game with a focus on one-night sessions of 3-4 hours, although a longer campaign is certainly a possibility if your group really wants to do it..

Dread is from small press publisher The Impossible Dream, so the production quality might not be up to your expectations. It wasn’t to mine, but then again this is an RPG so production quality shouldn’t really be a big deal. It’s a small softbound book, the size and weight of a graphic novel, and the text inside contains a lot of white space and is punctuated occasionally by fuzzy pencil drawings of, well, stuff. I’m not really sure what most of it is supposed to be and frankly I’d rather have paid a couple of pounds less and done without them.

But it’s not the pictures that count, but the content. And here Dread certainly delivers. It spends the first two chapters introducing its starkly bare-bones, minimalist and hugely innovative mechanics. Basically it has two rules. The first is the hardest to get right and that’s character generation. Rather than any stats, each player is handed a list of about ten questions about their character that they have to answer and, in doing so, not only think about their motivation and personality but outline their skills and abilities too. In Dread, generally there’s a black-and-white approach to tasks: if your questionnaire states you have a particular skill (for example if it asks what your job is, and the player responds with “car mechanic”) you’ll nearly always succeed at tasks related to that skill, unless under extreme pressure. However a well crafted list should also make a number of the questions leading, giving the person running the game some rails on which to help the plot run. A good example of this from the rulebook is “What drug are you now addicted to and why do you keep it a secret?”, which at once helps a player with thinking about his character whilst at the same time ensuring that an important plot point for a scenario - that one of the characters is a drug addict - will be in place. The players who will be answering the questions are also encouraged to some extent to respond in kind: offer the host some unexpected and imaginative tidbits about the character to work with.

It’s a very clever idea, neatly solving one of the big puzzles that anyone running a plot-heavy game will have struggled with before: how to fit the motivations and personality quirks of the characters into the story without heavily railroading them. The questionnaire can ensure the host has everything they need - and more - whilst still offering the player an awful lot of scope to create and be imaginative with their character. However it also requires a lot of skill on the part of both host and player to do properly. Creating these questionnaires is hard work, needing a very careful balance of weasel wording, creativity and psychology to get a relatively short list that checks off everything important for the scenario in terms of both plot and character abilities and doesn’t force the player down too many paths. Worse, each player needs their own individual questionnaire, and they need to craft their answers in the same spirit of open-mindedness which is no easy task in itself. The game rules present a lot of guidelines to help players and hosts, but as is so often the case with creativity, any amount of advice can’t really substitute for experience and imagination, and you need both to be successful in creating characters this way.

The other core mechanic in Dread which you may well have heard about - I’ve written about it several times because it’s so utterly brilliant - is the tower. You need a Jenga tower in order to play Dread (alternatives are offered in the rules, but they’re nowhere near as good) and it’s used to resolve all the questionable actions in the game. Every time a character wishes to accomplish something in the game which is open to doubt, usually either because the character questionnaire didn’t cover whether they had the skill or not, or because it’s a know skill in a high pressure situation, the host can ask the player to pull a block from the tower. If they refuse, the action fails. If they succeed, the action succeeds. If they knock the tower over, the character comes to some horrible end. It’s not at all representative of reality but it does mimic the escalating tension of a horror film quite, quite brilliantly and a clever host can easily manipulate things to make sure that the tower is nice and rickety whenever the game plot ought to be taut and terrifying. There are beautiful little additions to this core as well, such as the option for a player to voluntarily demolish the tower, which means they die but the action succeeds: the ultimate heroic sacrifice. It’s nothing short of genius.

The downside of the tower is that players get eliminated from the game. The designer views this as a necessary part of the atmosphere - if there is no genuine threat in the game, there will be no tension - and it’s hard to dispute. But in a 3-4 hour game of Dread you can expect the tower to fall perhaps 2-3 times, meaning that one or two players are going to be sat out on the sidelines for a fairly significant time. As it turns out, Dread is cinematic enough to be worth watching, but it’s still potentially frustrating, and it’s something anyone playing Dread needs to be aware of in case it’s likely to spoil their evening.

So we have a 100-page, 11 chapter book on our hands here. With the introduction and two short chapters regarding mechanics, what’s filling the rest of the book? The answer is advice on how to host, design and play Dread. Hosting has a chapter, as does designing scenarios and then there are six chapters devoted to re-creating different archetypes within horror: supernatural, gore, morality, insanity and others. It’s fascinating reading, and of as much relevance and interest to film makers and writers interesting in the genre as it is to gamers. However, that comparison also underlies the problem with all this material: if you’re not a very good writer, it doesn’t matter how many helpful and absorbing tips you read on the subject of writing, you’ll probably never write a decent story. And the same goes for running a game: all this advice won’t help you a jot if you’re an inexperienced games master, or if you entire role-playing experience has been geared toward monty-haul style games such as Dungeons & Dragons. Other storytelling RPG’s such as Fiasco hand-hold the inexperienced through this process by offering them very concrete frameworks to build on, but Dread does not. It’s a very difficult game to run - or play - effectively and yet without a skillful host and dedicated players, the game falls flat as a pancake.

The final section of the book offers three scenarios. I have to be upfront and say I was very disappointed in these, although they do offer some good pointers as to what a Dread scenario should look like, and (perhaps more importantly) how the character questionnaires should help support the scenario plot, as a variety of question lists are provided for each scenario. There’s nothing intrinsically wrong with the material on offer, it’s just that they deal with very tired old horror tropes indeed. The first involves a supernatural creature that most of the players will probably have second guessed before the first half-hour of the game is out. The second is a re-tread of a very well worn tread in futuristic horror and the third - the best - is a slasher scenario which does have a clever twist to help it a long a bit. But really, given the astonishing level of creativity and innovation on display in the rest of the book, I was expecting something more imaginative here. Thankfully there’s plenty of fan-made scenarios on offer, as well as an extra - and rather more interesting - scenario downloadable from the publisher, and two professionally written supplements (which I have not read), one on apocalyptic settings, another about childhood fears, with yet more to offer. But really, whether quality scenarios are necessary here is a moot point. Dread is so very much a game about atmosphere over mechanics that virtually any horror story could be co-opted as a scenario with minimal effort. Indeed one player related how the best Dread game they’d ever experienced was a re-run of the venerable “haunted house” scenario that’s graced Call of Cthulhu rulebooks since first edition and which every role-gamer worth their salt has played or run at least once. So basically if you want a unique experience for your group, just co-opt your favourite obscure horror film or book and you’re good to go.

Dread is an incredibly innovative game. So much so that It’s a candidate for the most innovative game that I’ve ever come across. But contrary to other opinions on the game I’ve read I would not recommend it as a game for beginners, or for introducing neophytes to the role-playing hobby, unless they’re being added to a group that already has - and certainly that is being run by - some very experienced and fairly talented role-gamers. Under those circumstances I can imagine it would be a thrilling ride. Dread demands an awful lot, and all of the carefully collected and well written material in the book won’t help you very much if you just don’t have what it takes to start with. But if you can master it, my word but it’s capable of offering what you put in to it multiplied tenfold in return.