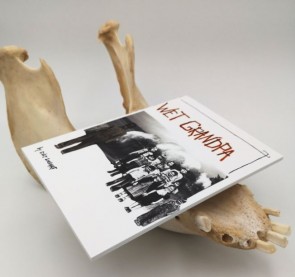 As the party descended further into the murky confines of the labyrinth, a T-junction splayed before them to posit a banal binary fork.

In the flickering glow of their torchlight, the party bickered arbitrarily until the tell-tale yelp of the goblin commander announced a malicious presence and the PC’s reflexively reached for their side-arms. “Roll for initiative” yawned the DM.

“I hit it with my stick” mumbled the fighter. With a dogged insistence the motions were played out. Rote. Routine. Re-run.

The child was bent double, malnourishment etched deeply into his crooked frame and distended belly as he gingerly approached, eyeing the party with a strange feral curiosity that evoked a pity enough to unsettle.

The dead man’s overalls were soaked in brine that pooled languidly at his feet. Scratching a dishevelled beard, he toyed listlessly with the fishing pole as he strung it with twine, a faraway look betraying the machinations of his dementia.

There was a story here, but it was spooled tight, strangely knotted and would require the work of dextrous fingers to unravel.

It’s the title that first grabs you. Wet Grandpa? The fuck? At this point you either:

Dedicated to ‘the nervous, the tired, the weird, the dejected, the disappointed, the perverse, the subjugated, the bored, the broken’, with ‘Wet Grandpa’, writer Evey Lockhart has crafted a curio that sits like a roughshod jewel even amongst the current tabletop crop of avant-garde du jour. Within its slim spine it evokes something both utterly alien and tragically familiar- and what is more, it supplants the tedious trappings of high-fantasy with what is perhaps a prescient analogue of the creeping demise of Appalachia et al. The slow and dismal death of the rural, the rust-belt, the mining town, the fishing village, the frontier.

Into this grim Mise en scène is then layered a patina of the fantastical, lest we drift too close to the perimeters of reality, and thus we are gifted a quartet of naiads, an ambulant dead man, and a curse. 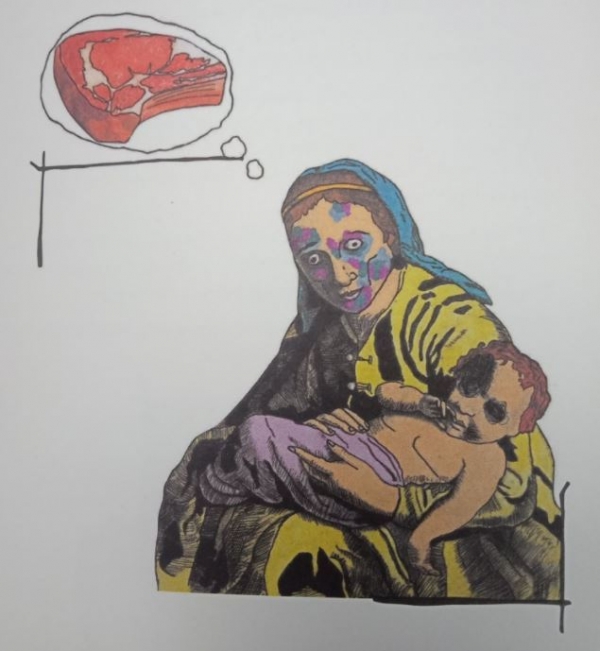 The hook is as rote as the bait is bizarre. A treasure map proffered by a buck-toothed grifter. Details are hazy. The village of Fatfish lies about a fortnight’s travel upstream. No-one has claimed the treasure, or at least no-one who has ever made it back alive. If your players are pragmatic and pliant then this will suffice. Mine rarely are. If side-stepping carefully prepared scenarios were a skillset, then they are maxed-out to the hilt.  Churlish and wilful, their arm may require a gentle metaphorical twist.

No matter, by hook or by crook they find themselves bound upriver. All aboard.

If you’ve ever braved the journey to a certain Deep Carbon Observatory you may find echoes of that strange pilgrimage here in this first act.

Don’t go in the water.

The village of Fatfish beckons, beleaguered. 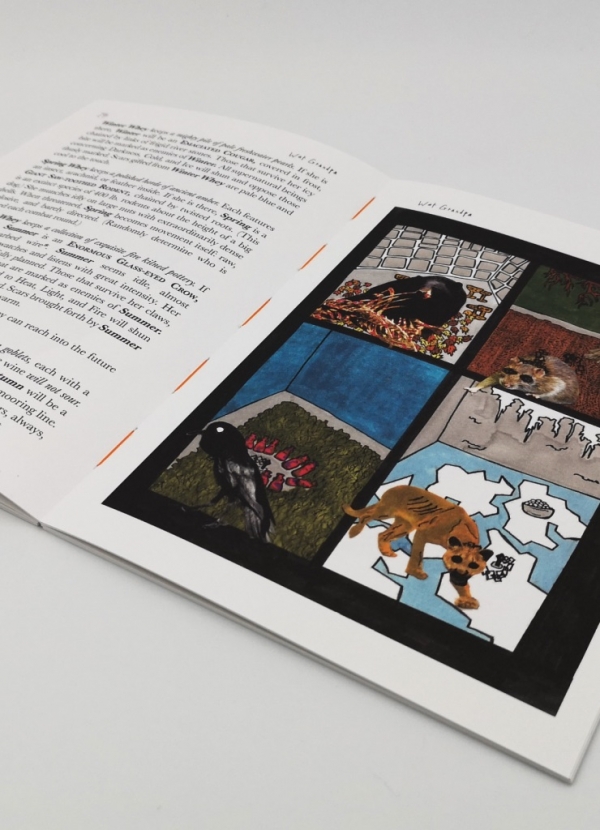 A timeline of its inglorious founding, not-quite-rise and lingering demise details a history to be unpicked by the curious. Do you have an inquisitive crew? Are you a dab hand at conversational not-quite-exposition? Is your NPC game honed to a decisive sheen? The stats on your screen will blur and lose focus as you pivot to flex these perhaps dormant muscles. The framework is here. A succession of backstories, or at least the nubs thereof. Keep track but play loose. Partake of the god’s eye berries. You may need to spin poetic. You may need to channel pathos. Craft people not quest-givers.  This is a place with a past, and that past is brimful of bad juju.

Whether you relish this kind of agency is a matter of taste, of approach. It could ask of you a profound amount of prep or an inspired amount of theatre. Both approaches will yield results but it will hinge, even more crucially than usual, upon that most capricious of elements- the party at play. If they are wont to grow restless when their blades remain dry then by all means, direct them instead to the Principality of Ytghun where the Necromancer yet conspires to unbind the staff of Jt’othri.

But perhaps, hopefully, precariously- they are caught wondering, hoisted by their conscience or mere curiosity. They sense the unbalance that stirs in disturbing the river and prolonging the blighted grip of the village on this sainted space. Perhaps the titular Grandpa swells to threaten something they hold dear. Or perhaps with that textbook adventurer’s acquisitiveness they discover the cyclopean underworld where the naiads dwell as bear, rodent, cougar and crow.  Your mileage may vary.

Systemless, formless, prone to linger. It asks a lot of you as interpreter. And a d20. A mad, sad sojourn – unapologetic in its demand you bring it to life, even as it is surely dying.

A review copy of Wet Grandpa was kindly provided by the mad wizards of the Melsonian Arts Council. Long live their outlier embrace.