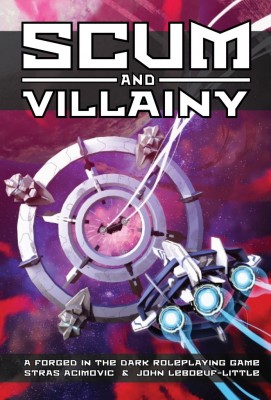 ‘You will never find a more wretched hive of Scum & Villainy’ an iconic line from a classic film and one that the most recent release from Evil Hat Productions and Off Guard Games leans into with all its might. The game was designed by Stras Acimovic & John LeBoeuf-Little with art from Brett Barkley, Tomasso Renieri, Juan Ochoa, Michaela DeSacoo and Tazio Bettin.

Scum & Villainy (S&V) is the first Forged in the Dark game, using the system first seen in Blades in the Dark (Blades) to give us a game of daring scoundrels, determined bounty hunters and crews of rebels flying across the galaxy. If the title of the game alone doesn’t fill you with ideas of sci-fi imagery, desperate actions against impossible odds, and melodramatic turns of phrase, then this is probably not the game for you. Still here? Climb on board!

Hearts on our sleeves

It’s no secret that I adore Blades in the Dark: a game of thieves, cults and smugglers in the dark fantasy city of Doskvol doing dirty deeds, but hoping to make a profit from it. Blades puts you in the shoes of bad people and makes no qualms about it: you are not the heroes of the city, you are trying to better your position by engaging in criminal enterprises. S&V takes a different bent on this right from the start, setting you up in one of 3 different ships that will guide the sort of stories you want to tell.

For my money most people will probably end up starting with the Stardancer as this is the closest you are going to get to something like Serenity (Firefly TV series) or the Millennium Falcon (Star Wars). The other two ships cover being a gang of intergalactic bounty hunters or rebels against the Hegemony, the governing body in these particular parts of space. Each ship comes with its own specialities, giving you some choices right off the bat about exactly what sort of jobs your vessel is kitted out for. On top of this you also get a different starting situation, what gets your crew into the game, depending on your ship. This is a nice touch that reinforces the sort of campaign you are going to play and ties you to the ship from the off. 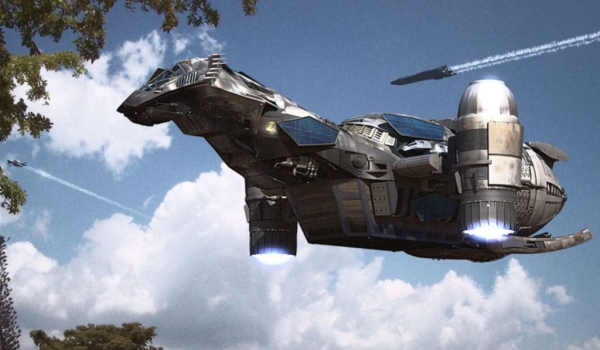 It doesn't look like this but it may as well do

Unlike the crews in Blades ships have their own stats in S&V meaning that when it comes to piloting your ship through a firestorm it can lend its muscle to determining how that comes out. The final thing ships add are Gambits. These are a pool of extra dice that you can add to any roll and any character can use. This feels like a really pulpy addition to the game as it makes it much more likely you will succeed at those crucial roles when you are out of resources to pump into getting extra dice. It also makes offering Devil’s bargains a little less meaningful, which you may embrace or hate.

When you get around to crewing your ship each player will be taking up a particular role on board: pilot, mechanic, stitch (doctor but with a pulpier name) etc. but interestingly there is no role such as Captain. For our own ship we never really determined who was in charge and that role flipped between players depending on the situtation at hand. You may choose to handle that differently and like Blades there are numerous ways you could go about emulating such a situation.

Many of the characters will have cliches running through their veins: the scoundrel has an ability where they can shoot first for instance (can’t think what that might be referencing) and another called ‘Don’t tell me the odds’. If you moan and groan at the thought of such blatant referencing, I can understand that but remember that this is a game that strongly leans into its influences. 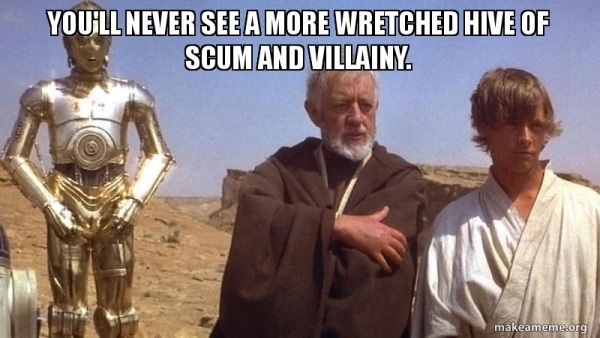 You can easily play an alien race as well. The book is very vague about what sort of entities populate the universe so you can let your imagination run riot. For the most part playing a non-human will have little meaning but as with all things Blades there are buttons to push if you want to codify your race mechanically.

Once you get going the game is just as much a joy to run as Blades. Crew take on jobs, building up reputations with factions or smashing them down all the while trying to make some cash to keep flying (another reference that is hard baked into the rules for maintaining your ship). The resolution system remains largely the same, bar the addition of Gambits that we have already covered.

Where the game varies greatly from its predecessor is that you are no longer tied to one city, now you have 4 systems to explore in the Procyon Sector. You’ll start off in one and as your heat rises, start to look for ways to lay low for a while. Here the system does something pretty smart, forcing you to go to another system in order to start reducing the heat/ wanted level you have obtained in another. This means the crew is always on the move, making new contacts, seeing new planets and forming alliances and grievances with new factions. 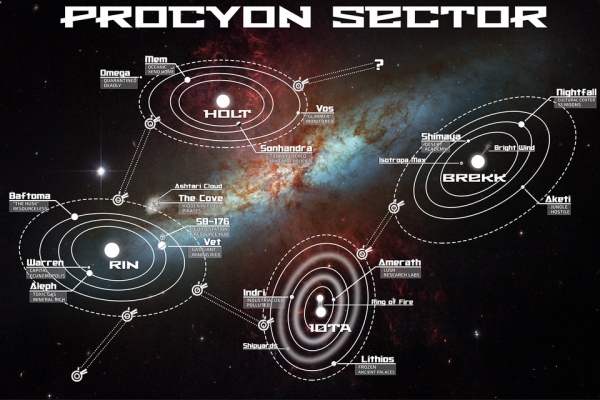 A rather nice version of the map I found on Reddit

The universe of S&V is more fleshed out than Blades, but still has plenty of room for you to fill in the gaps. There are only 3 or 4 planets per system that have got some detail about them so if you want to create more you are absolutely able to. The Way (not The Force honest guvnor) can be a part of your campaign, or like in mine, merely a rumour. The ancient civilisation that went before and left behind fabulous mechanisms, can be removed completely or engaged with entirely. The Hegemony could be a major player in your story, or too big to really consider you a threat.

All the background, all the factions, the small amount of information about equipment are all just touchstones, waiting to be fleshed out by the GM and players. Do you have laser pistols or bullets? Are magical force swords a thing? Are robots dum or A.I.? As with Blades you need to ‘Play to find out’ and if the GM comes with a completely preconceived idea of how things work and how the story will go this game will fall a bit flat. It thrives off improvisation and you need to lean into that for the magic to work.

It’s Been a Long Road

As I said, I love Blades in the dark and have run several campaigns of it. Scum & Villainy lives up to the promise of its predecessor whist delivering a more pulpy take on the system where everything feels a bit more heroic. 100% appropriate for the kind of TV and films it is looking to emulate. I would say that it covers all sci-fi bases but I think that is not quite the case. We are looking at pulpy sci-fi for the most part here and something more akin to Star Trek doesn’t really fit in that pigeon hole. You could try, the frankly terrible, Star Trek: Adventures but I would recommend FATE: Accelerated for running that kind of game.

Scum & Villainy is a confident interpretation of the Blades ruleset with high production values and a good layout. I didn’t find it quite as compelling to just read as Blades, but that is more than likely to this being my second rodeo with the core of the game. If you love Firefly, Star Wars, or Killjoys I can really recommend this as a great introduction to what I think is one of the finest systems around. Actually it is more than that. Blades in the Dark is an important lesson in how to convey RPG rules and the responsibilities that people have round the table, and if you haven’t had any contact with it up to now, here is a chance to get acquainted.

This review is based of a PDF copy of Scum & Villainy I received from backing the Blades in the Dark Kickstarter Campaign. I used my own money to pledge to the campaign. I have also used a physical copy of the book during play but it did not belong to me.

December 16, 2020
Rating
4.0
Scum & Villainy
Scum & Villainy takes the base system of Blades in the Dark and mashes it through a pulp filter to tell tales of bold space heroes, mercenaries, and rebels in a universe waiting to be filled with your own imagination.
T
thegiantbrain Top 50 Reviewer 36 reviews