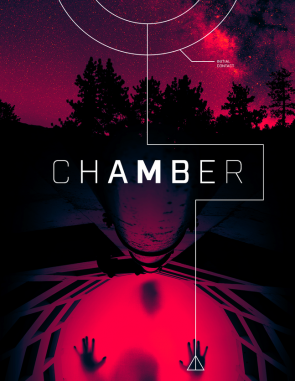 The year is 1968. Two years ago the SIGNAL arrived. It touched the whole world, infiltrating telecommunication systems, changing people, creating strange objects. Its existence is hinted at, rumoured in the pages of conspiracy magazines, whispered about in the grey areas of the globe. You know these things are real. As an agent of CHAMBER, you are tasked with retrieving Signal Resonant Materials (SRM), suppressing knowledge of SIGNAL and fighting against those who would turn these powers to their own ends.

This is the setup for CHAMBER, the first Paragon playset. Paragon is the mechanical system behind the excellent Agon RPG, my player review of which you can read here. Since then John Harper and Sean Nittner, the designers behind Agon, have put the core rules out for anyone to design their own ‘hacks’. CHAMBER is the example playset that John Harper put out as an idea of what can be achieved.

I’d been itching to try this since it came out and our Agon group decided to give it a go with me in the role of GM. I loved the Control computer game, X-Files was always a show I loved, and the film Coherence is an underrated gem. All these are influences on CHAMBER. 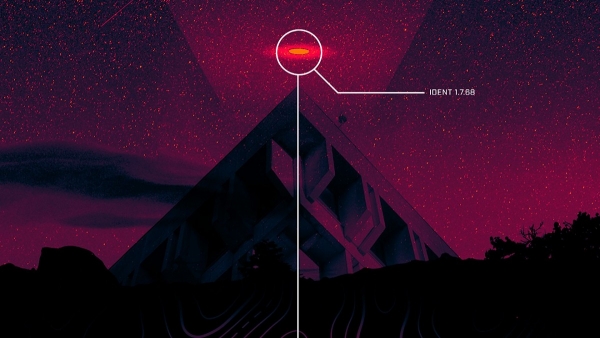 What there is of the art is very evocative.

Mechanically CHAMBER is very close to Agon. Gone is the vault of heavens, replaced by what SRMs the team has retrieved, or destroyed. The core dice system is the same, although Divine Favour has been replaced by Strengths and there is no connection to a higher power, the Gods do not live here.

I ran 3 sessions of CHAMBER, kicking off with the suggested Operation: Keychain from the playset, hunting down a weird object after the death of an enemy agent. It went OK, so I stepped into session 2 where I was creating from scratch. I haven’t done that kind of work, what some might call the ‘lonely fun’ of being a GM, and I had a lot of fun getting back into that mode.

Session 2 fell a bit flat. I went for an investigative angle, and the slow reveal I intended butted up against the core ideal of Reveal, Ask, Judge in Agon. I wanted to see if the system could handle the more investigative side of its source material.

Session 3 I leaned more towards an action focused session, like some of the experiences I had as a player with Agon. It was great fun, with some wonderful moments, but it still didn’t quite grab us. We had a good chat about the issues we had and decided to stop running the game for now.

Let’s get something out of the way. I have had several hours of fun playing CHAMBER, and paid a whopping $5 for it. It has definitely given me bang for my buck and a lot of inspiration for more games with its setting. That said I am beholden to dive into what didn’t work for me and our group.

I was intrigued by the suggestion in the playset of telling the story as flashback, basically as a debriefing back at head office. I tried this and we found a major issue. It was really hard to switch between narrating in flashback and narrating something happening in real time during a scene. We felt uncomfortable trying to narrate everything in flashback so went for that compromise but it just didn’t work for us. I think you might be able to do this if it was built into the system from the ground up, but it just felt like it interrupted the narrative flow we were used to from our time with Agon.

I couldn’t make the investigative side of the influences fit into the game. The moments of dramatic choice I detailed in my Agon review, don’t really make for a good slow burn investigation style of play.

The playset asks you to concentrate on the threats and action of the setting and let the players speculate about the ongoing mystery, letting them contribute ideas. I didn’t feel the players did that. They absolutely contributed colour to the narrative, gave great description of the failures and victories, but they didn’t provide speculation as to the mystery. They looked to me for that.

That’s maybe on me, but remember this is a very experienced group of players, all of whom have played a year long Agon game, so they know how the core of the game works.

The last session was interesting. It was high action, I set good stakes, something I had been a bit weak on in session 2, it was everything I should be doing with the system. I only had 3 players and the game lasted about an hour and fifteen minutes. Now Agon can handle social conflicts as well as high action, but I leaned to the latter to force me to set better stakes. The players enjoyed it, I enjoyed it, but something still wasn’t quite right.

In this instance I wanted it to be a little chunkier. I had a chase scene and I resolved it with just one roll. Now I could have run that as a battle but by the time of the finale, where there was a battle, the players were already pretty tapped out for ways to boost their chances of success. Now we are used to playing with 5 players, which is more than Agon is technically built for, so we may have burnt through those resources a little more quickly than intended because of that.

It’s fair to say that CHAMBER hasn’t worked for us, and in a review of a board game I would just leave it at that, hopefully with enough to go on to make up your own mind. However, RPGs are a different beast, and it is useful to me, and hopefully you, to look at why I think it didn’t work. It should be clear by now that I didn’t run it quite right some of the time and there may just be a fundamental mismatch between how Agon likes to be run and how I run games. 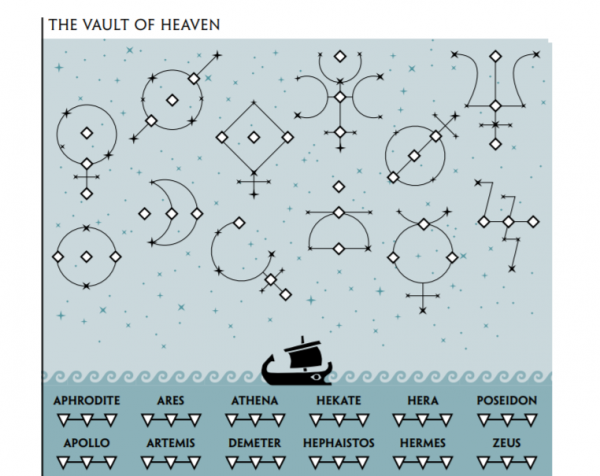 This is more important than I thought, despite being simple.

I do think that CHAMBER is missing a couple of things that would help on the player side of things. As mentioned it loses the connection to a higher power, your Divine Favour just becoming a refreshing of Strengths. Character creation in the Paragon system is light, so losing something that can link characters together is actually pretty important.

For instance we had two characters in Agon who were both scions of Zeus. They decided they were brothers because of this and the relationship was played up during our campaign. On top of that gods can be capricious, helpful, and vengeful. The players can rail against them, praise them for assistance, or collectively wonder what they’ve done to deserve their current situation.

I think CHAMBER needs this. It could be departments that you come form, senior agents to appease, or other agencies you are still a part of. It gives just a little more connection to the characters.

Agon has an overall goal of you heading home, an aim that all the characters are focused on despite their own individual problems. Now sure you have individual sessions and I issued mission briefings, but the overall arc is lost. You have SRMs to retrieve to replace the vault of heaven, but the overall aim of getting home is not replaced. I don’t have a good suggestion for how to replace this in CHAMBER, but I feel it is needed.

Lastly the CHAMBER playbook does have an example operation, but it isn’t as fleshed out as the islands in Agon. From a sheer jumping on point it would be good to see a more fleshed out example.

You know that I am a huge John Harper fan and his work with Sean Nittner or Agon gave me a game that was a bright spot in the weirdness that was 2020. It’s important not to venerate designers, and to look at why a game doesn’t work for you when the pitch sounds totally up your street. In doing so we become better GMs, better players, and are more able to calmly analyse what doesn’t work for us and walk away rather than continue with an exercise that results in frustration and anger.

I bought this playset with my own money and backed the Agon Kickstarter with the same. If you would like to know more about how I feel about Agon, you can read my thoughts from a player’s perspective here.

May 21, 2021
Rating
3.0
Chamber
You are a member of Chamber. Hunt down the Signal at all costs. Don’t get captured.
T
thegiantbrain Top 50 Reviewer 36 reviews